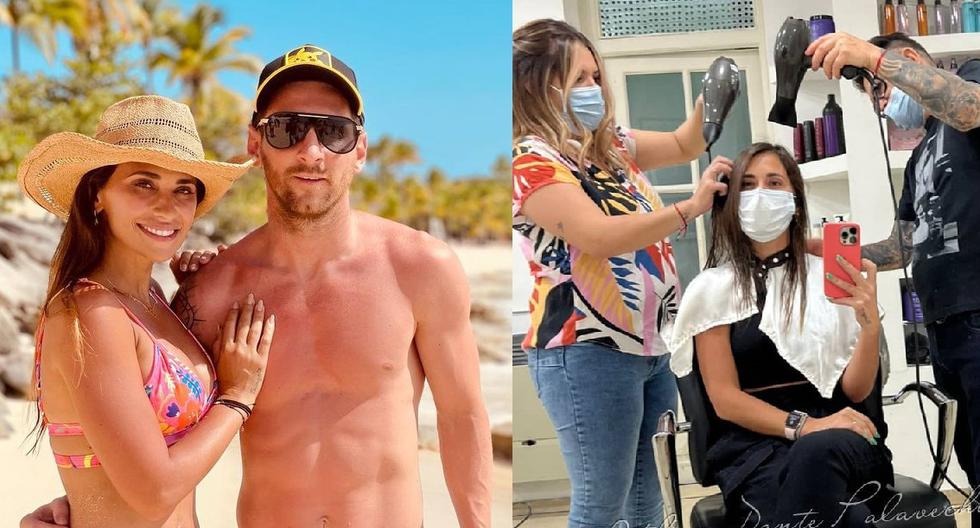 Antonela Roccuzzo changes her look in her neighborhood hairdresser

Singer Edurne turns 36 in a sweet moment. She cannot complain, life has been smiling on the Madrid artist since she became known as a finalist in the fourth edition of “Operación Triunfo.” To her personal stability as a couple of David de Gea, the Manchester United footballer, the singer lives an enviable professional journey.

Musically speaking, Edurne has a consolidated career, beyond the sometimes negative stigma that comes from having belonged to the category of “triumph.” The singer has overcome the crisis in the sector derived from Covid-19 and continues to publish albums.

These days she is preparing the launch, for next January 14, of Catarsis Deluxe, a reissue of the album with the same name published in 2020, which meant for the singer to re-publish a record after a five-year hiatus.

For this she had to break her contract with Sony Music, her record company since 2006, joining her musical destiny to the record company Must Produciones and Magí Torras, producer of artists such as Carlos Baute, The Indigo lola.

The artist has also become one of Mediaset’s essentials and one of its star formats: “Got Talent”. Beside Risto Mejide and Dani Martinez, Edurne is the only jury that has participated in the seven editions of the program since its premiere in 2016.

If her professional stage is happy, the artist is no less exultant in her personal life. Edurne was the mother on March 4 of Yanay, her only daughter with David, the result of a relationship that began in 2010. Edurne and David are one of the most stable couples on the national celebrity scene.

Her life goes smoothly in the mansion that the couple has on the outskirts of Manchester, where she resides. The singer lives between the English city and Madrid, their hometown, where De Gea also travels to see her parents, whenever her professional commitments allow it.

Earnings that are added to those accumulated in the 10 seasons she has been a Premier League player. The athlete turned 31 years old in November while breaking a new record, becoming the Spanish footballer with the most games played in the history of the English league (351), surpassing Cesc Fàbregas.

More “earthy”, Edurne’s economy is also good. The singer is the owner of the company Julrosale SL –new name of the company’s seed, Edurne García Almagro SL–, the company through which she bills the emoluments obtained from her career as an artist, the money obtained from her participation in advertising campaigns, publicity and money for her work on television shows, such as Got Talent.

Created in January 2006, the company was registered for a few years in the single house that it occupied on Zurbano street, later returning to the family home of her parents, in El Escorial, where she remains to this day. Managed by her father Tomas García Polo, Edurne occupies the figure of attorney-in-fact in the company.

Despite her successful life and six-digit salaries, to put a but to their relationship, it would be how David’s career has affected Edurne on more than one occasion. The tension of the competition at the highest level has made Edurne have to swallow a lot of toads that came, for the most part, from social networks regarding the athlete’s performance.

The teasing and memes towards the goalkeeper led to endless hurtful comments towards his partner, some of them even of a sexual nature. Today enjoy a calmer stage.