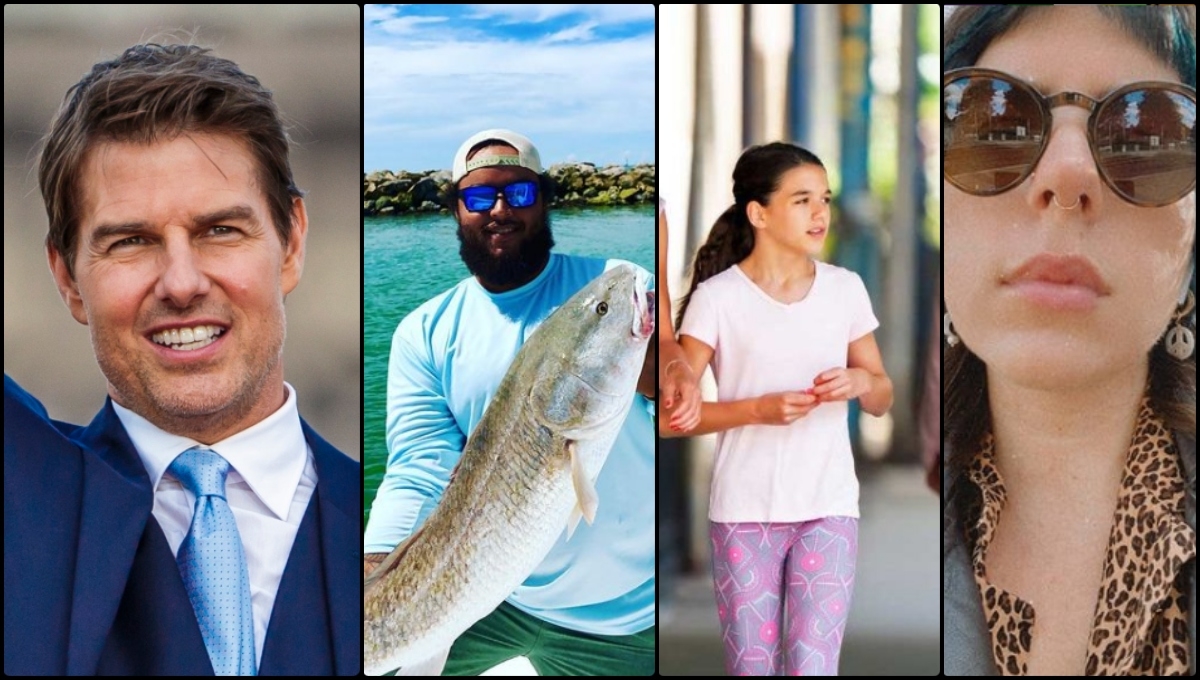 Everything you need to know about Tom Cruise’s three children: Bella, Connor and Suri

This morning, the Mexican regional singer Christian Nodal made a new post from his Instagram account to clear the rumors that pointed out that his relationship with the singer Belinda had come to an end.

From his official Instagram account, Nodal unarchieved the publication in which he announced his engagement with the singer Belinda on May 25. Being so, at the moment, two publications which are available in his profile.

You have to remember that a few weeks ago, the couple caused a stir after Nodal removed all Belinda-related content from his social media, which led to the belief that their relationship had come to an end.

In the photograph, fans of the couple reacted with all kinds of emojis and some said they were still confused, especially if the couple is together or not and if the wedding is still on. Although this publication seems confirming that they are still together.

There were also those who were upset by the apparent “advertising strategy” used by the singer of multiple hits, such as Bottle after bottle, Goodbye Love and Of the kisses that I gave you.

“It was pure show”, “they should consider going to a good therapy, it is not normal what they did”, “I always knew it was rumors”, “Illusions those who believed they had finished, this was publicity for people to talk and they succeeded,” wrote some nodal followers in the comment box of the post.

It must be remembered that it was Christian Nodal himself who revealed what the publication of the animated character means Speedy Gonzales, that prevailed on his profile once he removed all previous content, and continues on his profile to this day.

During an interview with the magazine GQ granted more than six months ago, Nodal revealed that the cartoon appears on his social networks every time he is about to release new record material. Which would explain that he did not actually delete the photos with Belinda because of a breakup, but because he will soon present a surprise to his fans.

In his encounter with the media, Nodal said that the character was in some way a mirror of himself. Especially because of how quickly his career had advanced, and that his presence on social networks indicates the arrival of new material.

“The thing that Speedy Gonzales is one of my favorite characters and I feel like it’s me. It is supposed to be the fastest mouse in the whole world, or in Mexico. He identifies me a lot because of how my career has been: super fast”, explained Nodal, who from adolescence stood out in regional Mexican music and currently enjoys one of the most solid careers in the genre.

“Whenever I upload this photo it is because something very bastard is coming. Whenever I put it on it is to represent that I am coming from Speedy González, that something machín is going to come out”, he expressed at that time, clarifying that it is not the first time that he has used this strategy.

Despite this, the disappearance of the content with Belinda in Nodal’s profile, coupled with the fact that both they were unfollowed on the social network caused great expectation about their relationship. However, this photograph could confirm that the relationship is going from strength to strength.