European regulator will authorize return of Boeing 737 MAX “Next Week”

What if we discover that an asteroid is going to collide with Earth? Would we be prepared to defend ourselves? How long would it take us to act? What would we have to do to survive?

These were the questions that a team of experts from NASA and other space agencies around the world asked during an exercise focused on practicing the possible scenarios in such a situation.

The answer is not very encouraging. At the simplest level it is the following: We are not prepared to repel an eventual collision of a mega asteroid. In the best of scenarios: It would take at least five years to prepare and devise an action plan that could work, but even in this scenario, survival is not guaranteed.

The experiment itself was carried out last month, and the hypothetical scenario it posed was as follows: a mysterious asteroid has just been discovered 35 million miles away and is heading for Earth; The space rock is expected to crash onto the planet within six months.

The conclusion was evident, With that short window of time, no one could do anything to prevent the asteroid from crushing us, as no existing technology could stop the impact.. There is no spacecraft capable of destroying an asteroid or pushing it out of its way that can lift off the ground and fly toward the rock in that amount of time.

Paul Chodas, manager of NASA’s Center for Near-Earth Object Studies, helped host the recent simulation, as well as five similar ones. He said that this exercise set the participants up for failure. 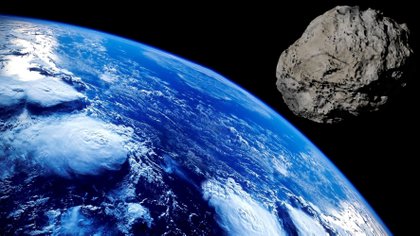 According to scientists, we would need at least 5 years to prepare in the event that an asteroid headed to impact the Earth.

“This is what we call a brief warning scenario,” he told Insider. “It was, by design, very challenging.”

In reality, if an asteroid like that fictional headed for Earth, scientists would need years, not months, of warning. At least five, as we said before, so affirms Chodas. Others less optimistic, such as MIT astronomer Richard Binzel, They say we would need at least a decade.

“Time is the most valuable commodity you could wish for, if you are faced with a real asteroid threat,” dijo Binzel a Insider.

But since we haven’t yet identified most of the potentially dangerous space rocks passing our planet, the chances of making that long-term five- or ten-year prediction are greatly reduced. All bad news.

“What that means is that, for now, we are relying on luck to keep us safe from large asteroid impacts,” Binzel said. “But luck is not a plan.” 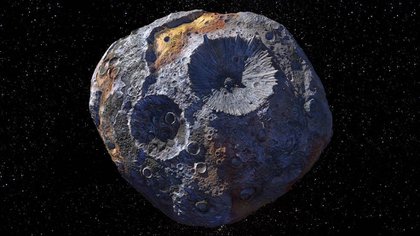 This illustration shows the objective of the Psyche mission: the asteroid Psyche, located in the main asteroid belt between Mars and Jupiter.

The figures do not lie and despite the effort that NASA has been making since 2005, only 40% of the total objects that could potentially annihilate us have been identified. According to experts, this is any space object of 140 meters or more, large enough to completely destroy a city the size of New York and leave serious consequences on the entire planet.

Knowledge as a weapon

NASA’s simulated scenario posed a challenge for participating scientists, which sought to push the current capabilities of the planet in its defense systems against asteroids to the limit, and to prove in passing that we know so much about them.

In extreme crisis situations such as simuada, knowledge is the best defense weapon. And it was precisely that which the scientists did not have, since only with a week to go before the impact was they were able to determine the real size of the asteroid.

“We didn’t know if the object was 35 meters wide or 500 meters wide. And that makes a big difference ”, Sarah Sonnett, a researcher at the Institute for Planetary Sciences who participated in the exercise, told Insider. 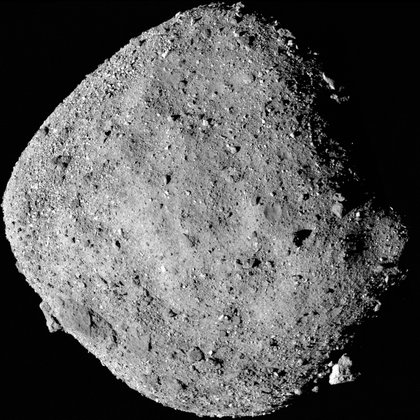 Then, a crucial part of preventing an asteroid from hitting Earth is understanding as much about the rock as possible. That includes its size, the path it takes around the sun, and what it is made of. With that information, scientists can evaluate strategies to dismantle the rock or disrupt its path.

“It takes time to know your enemy”, Binzel said.

Ideally, Sonnett said, scientists could study a dangerous asteroid as it passed Earth several times in its orbit around the sun, before that path brought it close enough to collide with our planet. Observing an asteroid that passes multiple times can take years or even decades.

The other big question is which way to go in the event that something could be done. For NASA there are three main tools in the planetary defense arsenal.The first is detonate an explosive device near the asteroid so that it breaks into smaller and less dangerous pieces (yes, as in Deep Impact).

The second is to fire lasers that could heat and vaporize the space rock enough to cause it to change its orbit and away from Earth. And the Third is to send a spacecraft to collide with the asteroid and divert it from its path. Yes, again similar to Deep Impact, but hey, for something when it was released in 1998 scientists rated it as the most successful in terms of science.

That last option will be put to the test soon, in the fall of 2022, when NASA sends a probe to the asteroid Dimorphos with the purpose of hitting it and changing its trajectory.

However, executing any of the three options takes years of preparation, highlights Chodas. 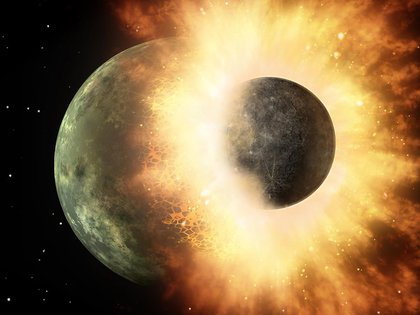 There is a theory that remains of Theia, the object that collided with our planet 4.5 billion years ago and gave rise to the Moon, remain in layers of rock deep in the Earth’s mantle.

“It’s usually a lengthy, multi-year process to go from proposal to having a spacecraft in a launch vehicle, let alone the fact that you still have to navigate to get to your destination and deflect the asteroid,” he said.

After that, it would take a year or two for the asteroid’s path around the sun to change enough to move it away from Earth. This is why the timeline is important: The sooner scientists can identify a dangerous space rock, the less ambitious a detour mission would have to be.

But of course all these methods are useless if no one knows that the asteroid is approaching.

That means completing a catalog of near-Earth objects that could harm the Earth. For that NASA is developing a new space telescope tasked with tracking asteroids that are too faint for telescopes on Earth to detect.

The mission is called NEO Surveyor, (NEO means near-Earth object), and consists of launching an infrared telescope into Earth’s orbit in 202. Sara Sonnet is one of the scientists on that missionary team. 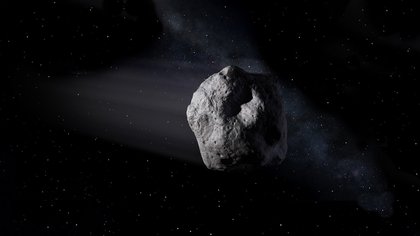 This illustration shows a near-Earth asteroid like asteroid 2020 SW traveling through space.

“If we do the work now of finding those objects and tracking them, knowing their orbits, knowing where they are going, and then characterizing their sizes, then we should be in very good shape.” He said.

If the telescope is launched and works as planned, it should meet NASA’s 2005 congressional mandate to find 90% of the most dangerous near-Earth objects.

But the NEO Surveyor has been trapped in “limbo” for the last five years as insufficient funds are available, so the project has not passed its initial phase of development.

At the end of this month NASA will review the project again and both its promoters, as well as all of us really, cross our fingers so that it gives it a free hand and can move on to the next phase. So at least we can know what we are facing and that the impact of an asteroid does not take us completely by surprise.