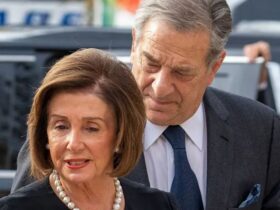 Elon Musk does not let go of the reins. Given the lack of response from Twitter to its first offer —43.4 billion dollars—, the owner of Tesla is studying launching a takeover bid (OPA) to buy all the ordinary shares in circulation at a unit price of $54.20.

The American businessman has informed the United States Securities Market Commission (SEC) on Wednesday that he has guarantees worth 46,500 million dollars, thanks to the participation of Morgan Stanley and other financial entities that will contribute to the financing with a loan of 25,500 million.

Likewise, Musk has submitted a personal commitment letter to the SEC in which he claims to have an additional 21,000 million in own funds, which would come from his shares in Tesla.

Specifically, the participating entities – Bank of America, Barclays and Credit Suisse, among others – have committed to provide 12.5 billion dollars through loans available to Musk.

By taking over all the shares in this operation, Twitter would be excluded from the stock market in the event that the board of directors approves the offer and the shareholders accept it.

“I invested in Twitter because I believe in the potential to be the platform for freedom of expression around the world and I believe that freedom of expression is a social imperative for a functioning democracy. However, since making my investment I have realized that the company will not prosper or serve this social imperative in its current form. Twitter needs to transform into a private company,” Musk assured in the letter sent to the board of directors in which he presented his offer. Musk currently owns 73.1 million shares of Twitter, equivalent to 9.1% of the technology company’s share capital.

The San Francisco-based social network has acknowledged receiving Musk’s updated proposal, but has not given any formal response beyond reiterating its “commitment” to conducting “a careful, thorough and deliberate review” of the offer. The management team of the social network has not yet sat down to negotiate.

In fact, the platform defended itself against Musk’s plans by launching the strategy known as the “poison pill”, which aims to dilute stakes in the company. The move makes it harder for Musk to grab more than 15% for at least a year, by allowing other security holders to buy more shares at a discount.

US investment fund Thoma Bravo has begun talking to Musk about his involvement in the takeover attempt, according to a source familiar with the situation consulted by the Financial Times.

His involvement in the Musk offer, which was first discussed in the New York Post, would provide the entrepreneur with additional debt and equity financing from other investors. Thoma Bravo declined to comment.

Twitter shares have risen nearly 20% since Musk made his 9.2% stake in the company public on April 4, becoming majority shareholder. However, its capitalization has fallen significantly since the first quarter of last year, when it was at its highest historical value.

In 2021, Twitter lost $221 million, which was a significant improvement for the company’s accounts, which had lost five times as much money the previous year.