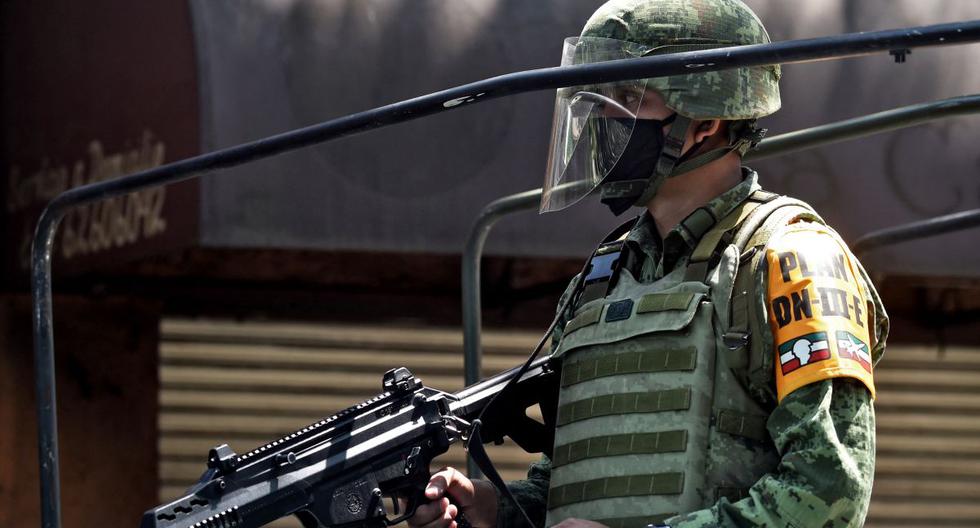 The truck accident occurred on a highway in the state of Chiapas (Southern Mexico), left 54 migrants dead and a hundred injured of at least five nationalities, according to the most recent balance released this Friday.

Chiapas is the main point of access for undocumented people to U.S, the road accident occurred when the trailer hit a wall, allegedly due to speeding.

“The people who were injured and died as a result of the accident are originally from Guatemala, Honduras, Ecuador, the Dominican Republic and Mexico.” Said in a statement the Civil Protection Secretariat of the state of Chiapas, where the tragedy occurred.

The entity did not specify, however, the number of victims by nationality, although regional authorities announced Thursday that the majority are Guatemalans trying to reach the United States.

“49 people died at the accident site“Added the report, indicating that another five lost their lives in hospitals”due to the severity of your injuries”. A previous balance showed 53 deaths.

The accident occurred Thursday afternoon on a highway in Chiapas, the main access point for undocumented immigrants, when a trailer carrying the victims hit a wall, allegedly due to speeding.

The collision occurred 200 meters from a police checkpoint, between the city of Chiapa de Corzo and the capital, Tuxtla Gutiérrez.

Covered with white sheets, the corpses were arranged in a row on the road, in the midst of an intense mobilization of paramedics, authorities and residents of the place such as Sabina López, observed AFP.

“Do not sleep! Don’t close your eyes! Remember what you promised your mom! Hold.” Sabina says that a migrant pleaded with his partner after the incident.

Mexican President Andrés Manuel López Obrador, his Guatemalan counterpart Alejandro Giammattei, and the Vatican expressed condolences to the families of the victims.

The tragedy occurred three days after a criticized US program that forces migrants to wait in Mexico for a response to their asylum applications was reactivated by court order.

The National Migration Institute reported that it works for “identify bodies, cover funeral expenses and facilitate the repatriation of remains”. It also offered “humanitarian assistance” and regularize the migratory situation of the survivors.

“Immigration alternatives and legal avenues are required to avoid tragedies like this.” Said the United Nations Office for Refugees (UNHCR) on Twitter.

The transfer of migrants in trucks is one of the most common methods with which human traffickers intern them into Mexican territory, with the aim of reaching the northern border and trying to cross into the United States.

This modality is also one of the most feared, according to travelers on the Mexican-American border have told AFP.

According to these testimonies, migrants spend hours locked in cabins without ventilation and avoiding drinking water so as not to have to urinate, without the drivers answering their prayers to stop and not die of suffocation. Some perish on the way.

Fleeing poverty and violence in their countries, others have preferred to be part of caravans that make much of the long journey on foot, subjected to extreme climates and the threat of organized crime.

The accident coincided with the start of the Summit for Democracy by US President Joe Biden, who excluded Venezuela, Nicaragua, Cuba, El Salvador, Honduras, Guatemala and Haiti, the origin of most of Latin American undocumented migration, from the meeting.

Analysts such as Michael Shifter believe that this measure, which also involves Bolivia, may make it difficult to solve the migration crisis.

On their way to the United States, the migrants are also victims of abuses by Mexican authorities, according to the Oenegés, and of accidents like this Thursday.

On November 9, 12 migrants, including several Central Americans, died in Chiapas in an accident that involved two trucks that were burned.

In October, three Hondurans died and 23 more were injured when the vehicle in which they were traveling overturned in the eastern state of Veracruz.

Also in that region, four Cubans lost their lives in a road accident in September.

In another case that caused commotion, on January 22, 16 Guatemalans and three Mexicans were found charred in a vehicle that had 113 gunshot wounds in the state of Tamaulipas (bordering the United States). For this fact, 12 elite police officers of the state were arrested.

Also in Tamaulipas, another 72 migrants, mostly Central Americans, were murdered in August 2010 by alleged gunmen of the Los Zetas drug gang.

The flow of undocumented immigrants multiplied after the coming to power of Biden, who promised to analyze their cases.

More than 190,000 migrants have been detected by Mexican authorities between January and September, triple the number in 2020. Some 74,300 have been deported.

The United States, in turn, recorded that 1.7 million people entered illegally from Mexico between October 2020 and last September, a historical record. 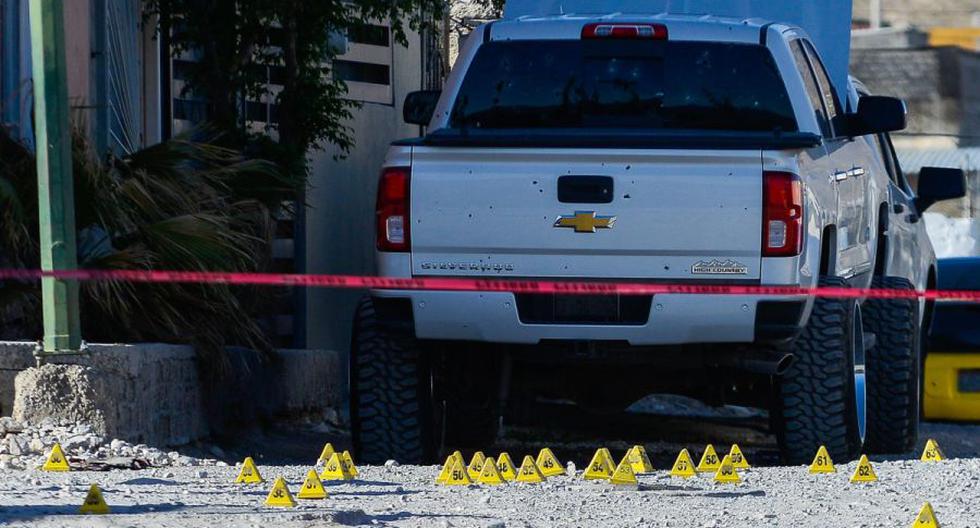 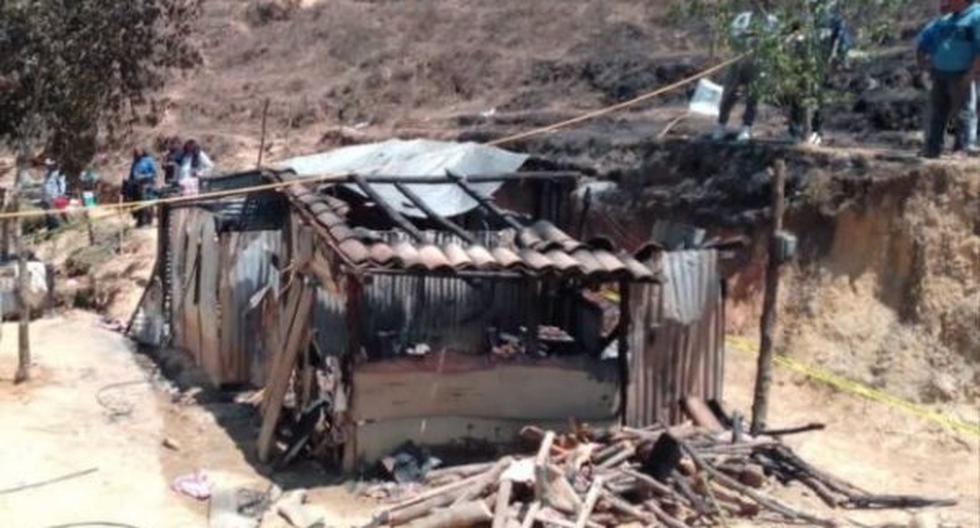 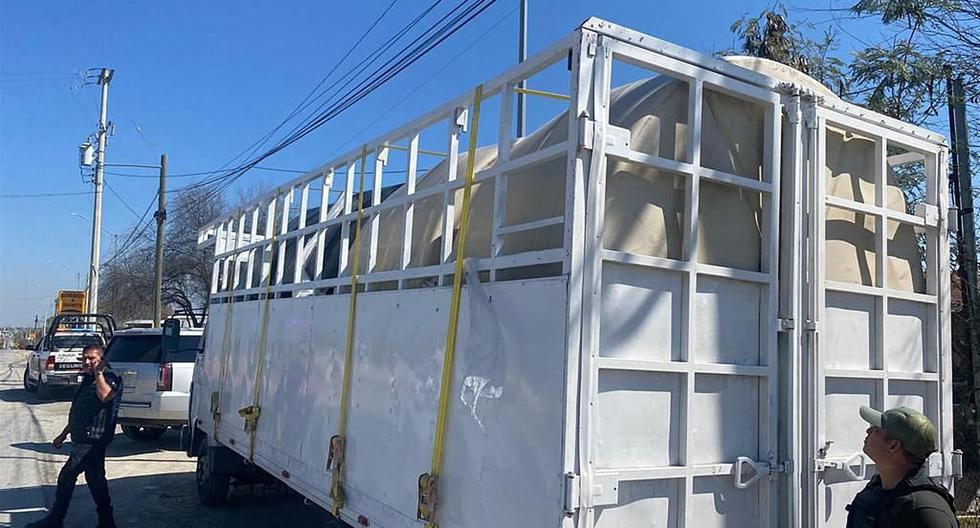