What Are Vertical-horizontal Marketing Systems and How Are They Classified?

Millions of people ride the subway every day, particularly in major metro areas like New York, Los Angeles, Boston, and other big cities. During that transit time, most occupants have no choice but to read their phones or, alternatively, to look at the many different dazzling advertisements lining subway walls, seats, and ceilings.

Indeed, subway advertising can be among the most effective marketing strategies you can leverage, especially if your target audience tends to ride the subway more often than not. Today, let’s break down why subway advertising is so great, plus explore why you might consider leaning more into subway ads in the near future.

Subway Ads Are Present at the Right Time

The first big advantage of subway ads is that they are present at the right time and in the right place.

During the subway trip, commuters don’t have much choice but to look at your advertisement and consider its message. In other words, subway ads are effective because they have captive audiences – literally!

Subway Ads Can’t be Turned Off

By the same token, subway ads are frequently effective compared to other advertisements because they can’t be turned off. Online advertisements, for all their effectiveness, can be ignored, muted, or exited entirely. There are very few exceptions to this, as overly aggressive advertisements tend to turn people away from brands rather than draw them to their companies.

Subway ads can’t be turned off or ignored aside from looking away. Therefore, it’s every consumer’s choice to look at advertisements on the subway, meaning they don’t harbor any ill will against the companies that made them.

The fact that subway ads can’t be turned off also increases their ubiquity. The more people ride the subway, the more they will see advertisements on the interior or on the outside of individual cars.

Of course, subway ads are also great marketing vectors simply because of scale. Millions of people ride the subway every day in even one city, like New York. That’s potentially millions of eyeballs that can see the advertisements your marketing team painstakingly whip up to bring people to your site or retail location.

Since subway advertisements reach a lot of people, they usually result in a good return on your marketing investments. By reaching many people, they also passively improve brand awareness (see more below).

As touched on earlier, the ubiquity of many subway ads makes them constantly present in the minds of lots of consumers. This has important benefits for your marketing objectives.

Specifically, by being present all the time, subway advertisements can improve brand familiarity and awareness in the minds of your target consumers. People are more likely to accept and make purchases from companies they see (consciously or otherwise) as major parts of the market.

The more people see advertisements for your brand, the more comfortable they’ll become with it. This is an invaluable advantage for new companies that need to grow quickly, especially in crowded markets.

Subway Ads Can be Targeted

Last but not least, subway advertisements are so effective because they can be targeted to specific demographics or groups of consumers.

For example, you can set up your subway ads to only be placed in subway cars that go through stops near college campuses. This is a perfect strategy if your target audience is mostly made up of college students and professors.

Since you can target your subway ads quite specifically, you can maximize your marketing budget’s effectiveness and not waste as much money as you might otherwise. You don’t have to spend money accidentally advertising to people who will never visit your site or retail store in the first place.

As you can see, subway ads are effective because of their ubiquity, versatility, and other factors. Given this knowledge, there’s no reason not to consider using some subway advertisements in the future. The right subway ads can reach more of your target audience members than ever before, plus improve your brand’s market presence in many major cities.

How to Create a Trustworthy Online Reputation 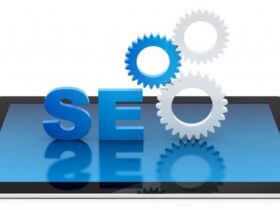 Starter Guide to Search Engine Optimization for your Business 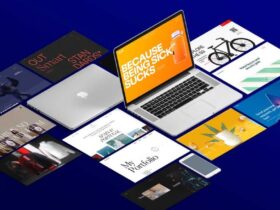 Get Ahead of the Curve: Use These Hot 2022 Web Design Trends on Your Landing Pages