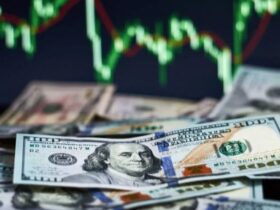 Will the US stock market continue to fall in 2023?

Recession or inflation, that is the question. Or at least it seems that way to millions of people in the United States who are wondering which of these two economic phenomena will have the greater negative impact on their pockets in the long run.

For this reason, at Globelivemedia we will explain what each one consists of and we will tell you which one can be worse for the United States economy in the coming years. But we can tell you something in advance: recession and inflation are two very different but intrinsically related economic phenomena.

What is inflation and why is it said to be so negative?

To explain the relationship between recession and inflation, it is convenient to start by defining what inflation is.

Inflation can be defined as the general increase in the prices of goods and services in a given market during a specific period of time.

The reason for this sustained rise in prices is usually an imbalance between supply and demand, with the former being too low and the latter being too high.

On the other hand, there are currents of economic thought (or schools of economics) that affirm that inflation is also a monetary phenomenon. That is, the increase in prices of goods and services is directly related to the money supply in a country or a specific market.

Based on this theory, it can be stated that product prices fluctuate based on the money supply available in the market.

If anything characterized the governments of the world during the beginning of the COVID-19 pandemic, it was the general increase in public spending through economic stimuli. In other words, an increase in the money supply in each country to help the population overcome the ravages of the pandemic. To sample, a button: The United States government, as a measure of economic protection and response to the pandemic, disbursed approximately $4.6 billion dollars to support the population in the midst of the crisis.

Taking into account that inflation is a monetary phenomenon, then the generalized increase in prices can be explained not only in the United States, but throughout the world. In fact, various studies have shown a correlation between the issuance of money and an increase of at least three percentage points in the inflation rate.

However, the massive issuance of money is only part of the inflation problem. The other part is the disruption of the national supply chain, which also happened due to the COVID-19 pandemic. Once the pandemic was over, and with so much money on the streets, the demand increased severely, which led to the progressive increase in prices.

Certain items such as gasoline, for example, were also affected but for a different reason: Russia’s invasion of Ukraine, which has destabilized the global energy supply and raised fuel prices around the world.

However, inflation is not negative by itself. At relatively low levels (2%, for example) it is even healthy for the economy to go forward.

What is a recession?

Recession is an economic phenomenon that can be defined as a significant decrease in economic activity. The consensus of various specialists and theoreticians has established that recessions occur when the performance of the Gross Domestic Product has been negative for two consecutive quarters.

The National Bureau of Economic Research (NBER) notes that this decline in economic activity has a visible impact on employment, industrial production, and wholesale and retail sales.

In other words, a recession implies an increase in the unemployment rate, a slowdown in industrial production, and a decline in wholesale and retail sales.

Although it is not an ideal scenario, the truth is that it could be said that it is inevitable, since specialists consider recessions as an inescapable component of economic cycles, which have ups and downs.

What is the relationship between inflation and recession?

The relationship between inflation and recession is simple: as long as there are high levels of inflation, the possibility of a recession occurring is greater, as producers react to high costs by reducing production and increasing prices.

But inflation and recession are also related in another way: as inflation rises, the Federal Reserve (the main body of monetary policy in the US) is likely to raise interest rates to address the high costs of goods and services (this is what has happened in recent months).

But raising interest rates has another collateral effect in addition to helping to reduce inflation: it makes financing costs so expensive that it can lead the economy to slow down. In other words, it can lead to a recession.

Which is worse for the US: inflation or recession?

There is no definitive answer to this question, only various interpretations.

On the one hand, certain specialists consider that inflation is worse for the economy because its effects impact the pockets of all consumers in the US. In contrast, recessions can impact a smaller number of people (specifically those whose jobs may be lost due to economic slowdown).

On the other hand, there are those who believe that the recession reduces the income of the vast majority of consumers in the US, and that its effects (mass unemployment and loss of productivity) hit people’s pockets harder.

What’s worse? It will depend on where you are in the US economy.