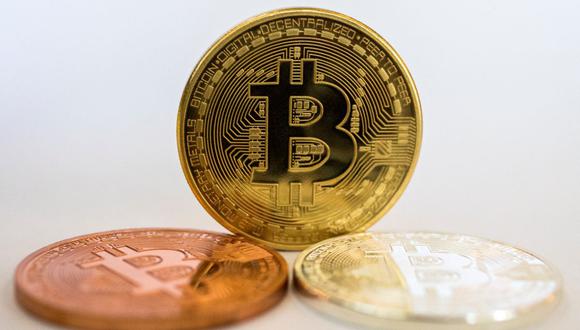 Bitcoin surpasses $ 61,000 for the first time in its history

The volatility in global financial markets triggered by the conflict in Ukraine worries investors over a possible recession in the United States in 2022. The SPDR S&P 500 ETF Trust (NYSE: SPY) is down more than 10% year to date, while the WTI crude oil prices have risen to their 13-year highs.

In volatile times like these, it is understandable for investors to worry about what will happen if the market actually crashes as it did earlier this year or late 2008. It may seem that the biggest fortunes are made during periods. extended bull markets; yet it often happens that it is precisely the actions taken by a long-term investor during the worst times of the stock market that lay the foundation for his future wealth.

Investing during a recession

Baron Rothschild , an 18th-century British nobleman and member of the Rothschild banking family, said that “the best time to buy is when the blood is on the streets.”

Buffett would have made over $ 10 billion by investing aggressively during the financial crisis and the European debt crisis of 2011; Berkshire Hathaway’s CEO has invested in blue chip companies such as Mars, Goldman Sachs Group Inc (NYSE: GS), Bank of America Corp (NYSE: BAC) and Dow Inc (NYSE: DOW).

Ackman’s trade during the COVID-19 crisis

Bill Ackman , the billionaire CEO of Pershing Square Capital Management, took it to the next level during the early 2020 sell-off caused by the COVID-19 pandemic. Ackman protected himself from the possibility that the pandemic would trigger a market crash by buying $ 27 million in securities as a hedge against a sharp decline in the corporate bond market. It might have seemed like a big gamble, but in reality it was a very modest position for Pershing, which managed over $ 13 billion in assets in 2020.

When the market collapsed in March 2020, Ackman profited from his hedging of $ 2.6 billion, more than 100 times his investment; then turned to Buffett Mode, collecting low-cost shares of Hilton Hotels Corporation (NYSE: HLT), Lowe’s Companies Inc (NYSE: LOW) and Restaurant Brands International Inc (NYSE: QSR). By the end of the year Ackman had made a profit of3.85 billion dollarsbetting on the decline and recovery.

Benjamin Graham , father of value investing and Buffett’s mentor, described how to successfully cope with market cycles by taking advantage of excessive pessimism.

“The smart investor is a realist who sells to optimists and buys from pessimists”,said Graham.

Shelby Cullom Davis , a well-known businessman, investor and philanthropist, said it is difficult to appreciate the opportunities of a bear market in real time.

“You make most of your money in a bear market, but you don’t realize it at the time,” Davis said.

The one common trait among successful bearish investors is that during a slump they buy high-quality companies, not necessarily the stocks that are losing the most.

The S&P 500 index eventually recovered from every recession; however, it cannot be said for many companies that they lack the cash flow and balance sheet strength to survive and move into a new round of economic expansion.