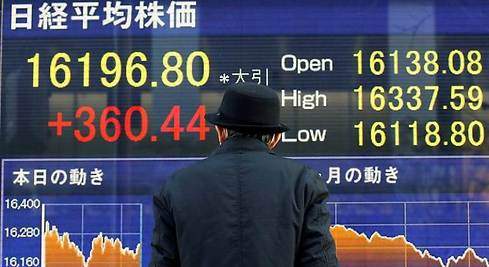 High oil and gasoline prices will need to rise further this summer to encourage new production and discourage consumption, according to Goldman Sachs.
The Wall Street bank now forecasts that Brent crude prices will average $140 a barrel between July and September, up from its previous prediction of $125 a barrel. Brent is currently trading around $120 a barrel.

“A large price spike this summer remains quite possible,” Goldman Sachs strategists wrote in a report to clients.

The forecast suggests the worst is not yet over for consumers who are already dealing with high gas prices.

“It’s driving me crazy. I’m looking at this right now: $5.99? Are you serious?” asked Cleavie Jordan, an MTA driver filling up her tank in Manhattan.

Thirteen states and the nation’s capital Washington already have average gas prices of $5 or more, while New Jersey, Massachusetts and Maine reached that threshold on Tuesday. Ohio, Pennsylvania, Utah, and Idaho are just pennies away from $5.

Goldman Sachs now sees Brent oil averaging $135 a barrel through the second half of this year and the first half of next. That’s $10 more than the bank’s earlier forecast.

In March, Brent briefly rose to a nearly 14-year high at $139.13 a barrel. But it turned out to be somewhat temporary as oil prices fell back rapidly from there. Goldman Sachs expects a more sustained rise, with Brent averaging $140 for the full quarter.

That’s just shy of the $150 level that Moody’s Analytics economist Mark Zandi warned would spell big trouble for the US economy.

The bank did not specify how high it anticipates gasoline prices to rise, saying only that oil prices need to get so expensive that they cause demand to decline by 500,000 barrels a day to rebalance the market.

On Tuesday, the US Energy Information Administration also raised its projections for oil, gasoline and natural gas prices and said it no longer expects gasoline prices to drop below 4 again. dollars a gallon in September.

“While we expect the current upward pressure on energy prices to ease, high energy prices are likely to continue to prevail in the United States this year and next,” agency administrator Joe DeCarolis said in a statement. release.

The Energy Information Administration now expects Brent crude to average $111.28 a barrel in the third quarter and $104.97 a barrel in the fourth quarter. That’s above the agency’s forecast a month ago for Brent, which averaged $103.98 and $101.66, respectively.

“We continue to see historically high energy prices as a result of the economic recovery and the fallout from Russia’s full-scale invasion of Ukraine,” DeCarolis said.

The good news is that the Energy Information Administration doesn’t expect $4 gasoline to be the norm until 2023. The agency forecasts gasoline to average $3.87 a gallon for the last three months of the year, though that’s an increase. from the previous $3.59 per gallon.

For 2023, the agency raised its forecast for gasoline to an average of $3.66 per gallon, up from $3.51 previously. But that would still be a big improvement over the $4.07 per gallon price expected this year.

The problem, the agency said, is that oil and gasoline inventories are low. The agency also noted that refinery output is relatively low compared to pre-Covid-19 pandemic levels.

The agency said its forecast incorporates the assumption that the European Union will comply with its plan to ban imports of crude oil and oil products by sea from Russia. However, the forecast does not include possible restrictions on shipping insurance because details are not known.

And while the United States and OPEC+ are expected to raise production modestly, the agency expects Russia’s output to fall 1.1 million barrels a day between May 2022 and the end of 2023. That’s a steeper drop than the agency estimates. I expected previously.