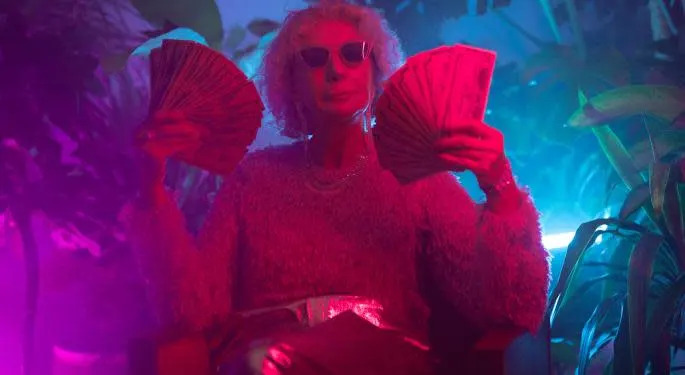 How can you get rich when the stock market goes down?

Computex 2022, a key global computing event hosted in Taiwan, kicks off this week as a hybrid event. This five-day celebration started yesterday and is being organized between the Taiwan Foreign Trade Development Council and the Taipei Computer Association.

AMD AMD CEO Lisa Su delivered a pre-recorded keynote address Monday morning, in which she delved into the company’s PC products for gamers, creators and enthusiasts.

AMD executives discussed the company’s latest Ryzen 6000 mobile processors launched at CES 2022. They are based on 6nm technology, powered by the Zen3+ CPU core and RDNA 2 graphics architecture, and are marketed as those capable of to power even the thinnest of notebooks.

The company further announced that it would launch a new chip codenamed Mendocino, aimed at high-volume Windows and ChromeOS laptops. The new Ryzen laptop chip combines four Zen 2 CPU cores and the latest RDNA 2 graphics and will be based on Taiwan Semiconductor Manufacturing Company Limited ‘s (NYSE:TSM) 6nm processor node technology. The company notes that, on a single charge, the battery can work for more than 10 hours. Mainstream laptops armed with the chip will be priced between $399 and $699, AMD has reported.

The CEO also introduced the next-generation Ryzen desktop processor, called the Ryzen 7000. The processor will migrate to the new AM5 platform that would feature an LGA 1718 socket. The AM4-compatible AMD 600 series lineup will consist of new chipsets driven for performance, namely X670E, X670 and B650.

Nvidia Nvidia’s keynote address came at 23:00 ET on Monday. Nvidia executives discussed how AI is powering the enterprise data center and also delved into the company’s latest products and technologies for gamers and creators.

On Wednesday, Richard Kerris, vice president of Omniverse Developer Platform at Nvidia, will share details about the opportunities simulation brings to 3D workflows and the next evolution of AI.

Micron Micron will give a keynote address at 23:00 ET on Wednesday. Memory chip maker Senior Vice President and Chief Strategy Officer David Moore will present on ‘The Age of Pervasive Data-Driven Experiences’. CEO Sanjay Mehrotra will shed light on the company’s commitment to its operations and partnerships in Taiwan.