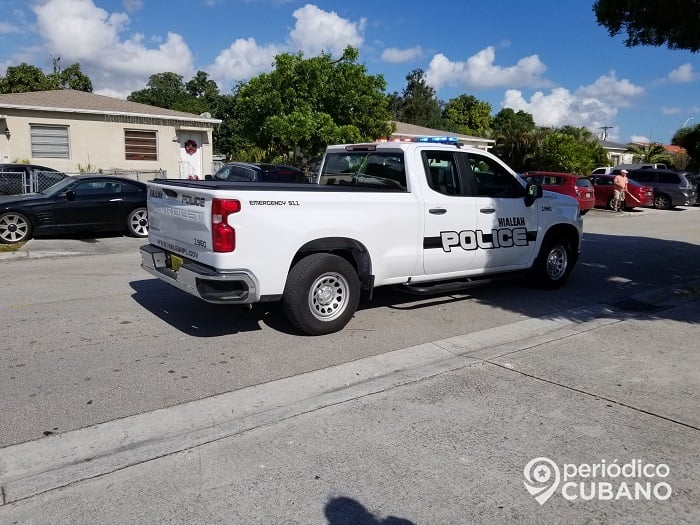 The forest fire near Yosemite National Park (California) continues to grow and already covers 6,800 hectares, while firefighters have contained just 10% of the fire amid the destruction of homes and the evacuation of thousands of people, authorities reported Monday.

The Oak Fire started last Friday and has grown out of control and rapidly due to the fire and high temperatures facing the United States.

The state agency Cal Fire indicated Monday that the destruction of seven residential structures has been confirmed while the fire continues “in hot, dry conditions and on rough and steep terrain.”

Thousands of residents escaped from the Oak fire in the foothills of the Sierra Nevada, a region experiencing the worst drought in decades.

Cal Fire said 17 helicopters, 281 pump trucks, 66 bulldozers, 46 tank trucks, and 2,548 firefighters have been assigned to the job in efforts to protect homes from flames that reach 50 feet in some places.

The fire started on Friday southwest of the park near the town of Midpines in Mariposa County, and by Saturday authorities were describing “explosive fire behavior.”

California Governor Gavin Newsom has declared a state emergency in that county where more than 3,000 people have evacuated their homes. Electricity service in the area was interrupted on Friday.

Authorities have ordered evacuations in parts of Mariposa County to the south and east of where the flames continue to spread out of control.

California, like most of the United States, has experienced weeks of very high temperatures, and in recent years that state on the West Coast has been the scene of more extensive wildfires.

The National Fire Center said this morning that 93 large fires have burned nearly 1.3 million hectares in 5 states, and a new major fire has been reported in Alaska, Arizona, Nebraska, Nevada and Texas.

The National Weather Service indicated that during this Monday “daily high temperature records will likely continue to be broken from Northern California to the Portland and Seattle metropolitan areas.”

The so-called “Oak Fire” began as firefighters made progress in their battle with an earlier fire, called the Washburn, which burned at the edge of a giant sequoia grove on the southern edge of Yosemite National Park.

The agency has not yet determined the cause of the fire.