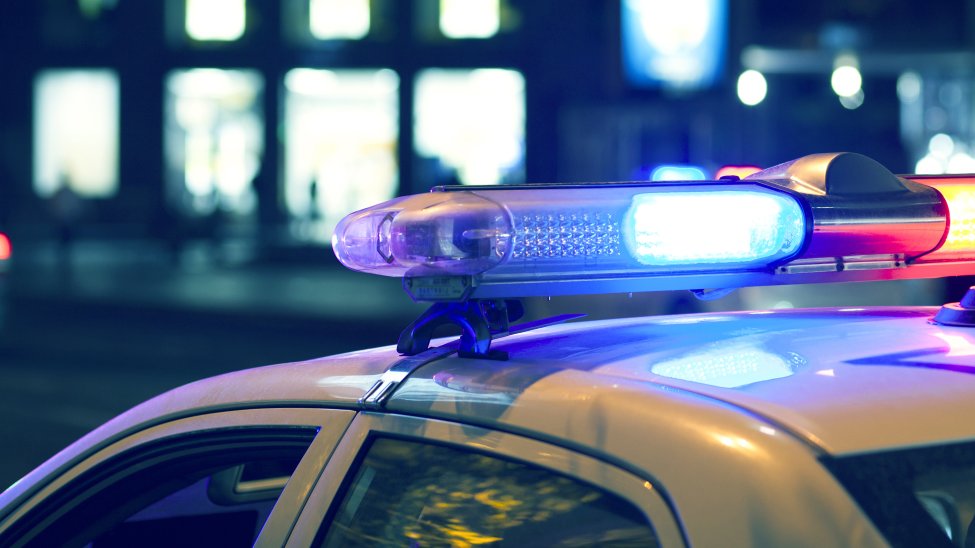 Police: Man Shot Outside Penn Station in New York After Dispute Inside Station

The proudly progressive city of San Francisco became the unexpected pioneer last week willing to use armed police robots, authorizing limited use of these remote-controlled devices.

The city was thus adopting a developing technology that was becoming increasingly visible, although it was rarely used to directly confront suspects.

The San Francisco Board of Supervisors approved Tuesday by a vote of 8 in favor and 3 against allowing police to use robots armed with explosives in extreme situations where lives are at stake and no other alternatives are available. The authorization was issued amid growing scrutiny over the police due to the militarization of police equipment and forces, and a reflection on criminal justice that began several years ago.

The vote was in response to a new California law that requires police to inventory their military-grade equipment, such as flash grenades, assault rifles and armored vehicles, and request authorization from public institutions to use it.

So far, only the police of two Californian cities – San Francisco and Oakland – have publicly raised the use of robots as part of that process. Across the country, police have used robots for the past decade to communicate with entrenched suspects, enter potentially dangerous spaces and, in rare cases, use deadly force.

Dallas police were the first to kill a suspect with a robot in 2016, when they used one to set off explosives during a standoff with a sniper that had killed five police officers and wounded nine others.

The recent vote in San Francisco has reignited a heated debate that began years ago about the ethics of using robots to kill a suspect, and where such practices could lead. In general, according to experts, the use of these robots remains low despite technological advances.

Michael White, a professor at Arizona State University’s School of Criminology and Criminal Justice, said that even if robotics companies offer deadlier options at trade shows, that doesn’t mean law enforcement will buy them.

White said companies have made specialized mines to remove barricades and tried to equip body cameras with facial recognition software, but police didn’t want them.

“Because the communities did not support that level of surveillance. It’s hard to say what will happen in the future, but I think armed robots could very well be the next thing that (police) departments don’t want because communities say they don’t want them,” White said.

Robots or no robots, San Francisco official David Chiu, who wrote California’s police equipment law when he was in the state legislature, said communities deserve more transparency from law enforcement and how to use them. of militarized equipment.

San Francisco “just happened to be the city that addressed an issue that I certainly didn’t think of when the bill was being drafted, and that addresses the issue of so-called killer robots,” said Chiu, who is now the city’s attorney.

In 2013, police kept their distance and used a robot to lift a tarp under which the suspect in the Boston Marathon bombings was hiding. Three years later, Dallas police sent a bomb-disposal robot loaded with explosives into a room at El Centro College to end hours of clashes with sniper Micah Xavier Johnson, who had fired at officers as a protest against the police ended. police brutality.

The police detonated the explosives and became the first police force to use a robot to kill a suspect. A grand jury declined to indict the officers, and then-Dallas Police Chief David O. Brown was widely praised for his handling of the shooting and the crisis.

“In the six months after Dallas, there was this air of doom about how robots were going to be used in police departments,” said Mark Lomax, former director of the National Association of Tactical Agents. “But since then, I haven’t heard much about that system being used to neutralize suspects…until the San Francisco rule was in the news.”

The issue of lethal robots has yet to proliferate in the public debate in California, as more than 500 police departments at various levels seek authorization for their military-grade weapons under the new state law. Oakland police have abandoned their plan to arm robots with shotguns amid public outrage, but will equip them with tear gas.

Many of the rules already passed are vague about armed robots, and some law enforcement might infer they have implicit permission to use them, said John Lindsay-Poland, who oversees implementation of the new law as part of the American Friends Service Committee.

“I think most departments are not prepared to use their robots with lethal force,” he said. “But if you ask them, I suspect there are other departments that would say ‘we want that authority.'”

San Francisco Supervisor Aaron Peskin first proposed banning police from using robot force against anyone. But the department said that while it would not equip the robots with firearms, it wanted the option of equipping them with explosives to knock down barricades or disorient a suspect.

The approved regulation limits a few high-ranking officers to authorize the use of robots as deadly force, and only when lives are in danger and after exhausting alternative force or de-escalation techniques, or concluding that the suspect could not be subdued by other means. .

San Francisco police said the dozen or so robots the department already uses have never been used to move an explosive device, but they are used to assess bombs or provide imaging in low-visibility situations.

“We live in an era where unimaginable mass violence is becoming more commonplace. We need the option to be able to save lives in the event that we have that kind of tragedy in our city,” San Francisco Police Chief Bill Scott said in a statement.

“It’s a violent world, so we’ll cross that bridge when we get to it,” he said.

There are often better options than robots when deadly force is needed, because bombs can create collateral damage to people and buildings, said Lomax, a former director of the tactical agent group. “For many departments, especially in crowded cities, those factors are going to add too much risk,” he explained.

The Police ofNew Yorkreturned a leased robotic dog ahead of schedule to public outrage, indicating that civilians are still not comfortable with the idea of ​​machines chasing humans.

the police inMainehe has used robots on at least two occasions to plant explosives that were intended to break down walls or doors and end stalemates.

In June 2018, in the small town of Dixmont, Maine, police intended to use a robot to plant a small explosive that would bring down an exterior wall, but instead it brought down the roof of the house.

The man inside was shot twice in the explosion, survived and declined to plead guilty or not guilty to reckless conduct with a firearm. The state later settled the man’s lawsuit against the police, accusing them of improperly using the explosives.

In April 2020, Maine police used a small charge to blow up the door of a house where a man had barricaded himself. The suspect was shot to death by police when he exited through the damaged door and fired a gun.

Until this week, the state’s attorney’s office had not completed its review of the tactics used in the 2018 case, including the use of the explosive charge. A 2020 incident report only referred to the fatal shooting.