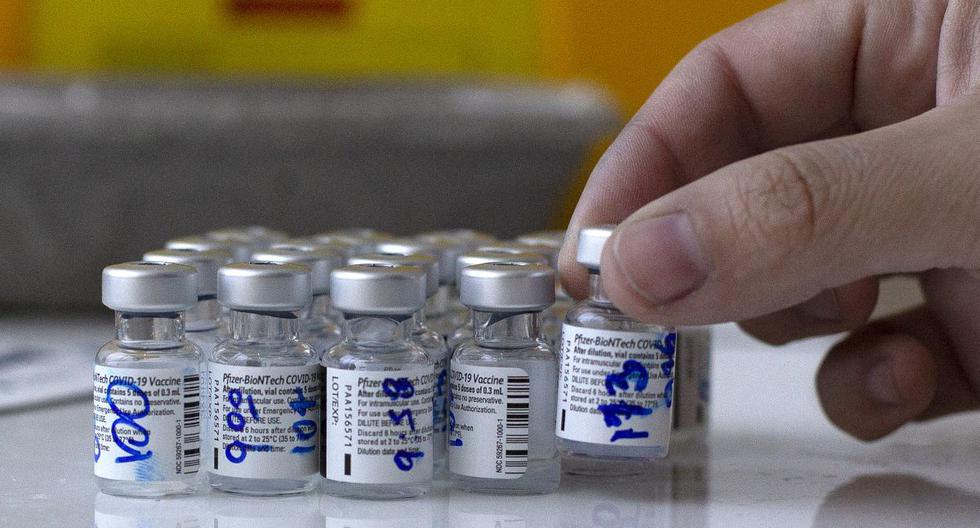 Chile announces the arrival of a fifth batch of 160,000 Pfizer Vaccines against Coronavirus

RIGHT NOW: Watching the LIVE VIDEO in the @KATUNews #LiveDesk after reports that shots were fired during a standoff with a deadly shooting spree suspect on the 91 Freeway in Fullerton, California | https://t.co/maZ0sC1PAS via @ABC7 pic.twitter.com/VGCDP487fs

In a span of 30 minutes, the man opened fire on the interior of three vehicles. When the agents managed to corner him, he refused to follow their orders

The suspect in a triple shooting that ended in the early hours of Tuesday morning with the lives of two people in Exposition Park and downtown Los Angeles shortly after starred in a police pursuit of several hours while trying to flee from the authorities. The agents ended up opening fire and the man died , as the Los Angeles Police Department ( LAPD ) said.

Police vehicles cornered the suspect west of Highway 91, in the Fullerton area, near Anaheim. The reports of the events indicate that at approximately five in the morning the agents fired tear gas inside the white vehicle in which the man who would have been responsible for three shootings over a period of 30 minutes was traveling.

KTLA says that Sky5 cameras showed that, after the gases, a SWAT team approached the white truck from the passenger side with their weapons drawn. Shortly after, someone from the van was seen on the ground while paramedics were treating him , who finally covered the body with a white sheet.
LAPD Lieutenant Raul Jovel assured in a press conference that the suspect first fired at the officers and subsequently one of the police officers also opened fire. ” The suspect was hit by gunfire and the local fire department declared him dead at the scene, ” he added.Although they did not identify the suspect, authorities said he was in his 40s or 50s.The first of the three shootings took place at 12:55 a.m. on Figueroa Street and Exposition Boulevard . The suspect’s car approached another vehicle there and fired multiple shots inside, according to LAPD.
The victim , a 43-year-old man, suffered a scratch on his head and was in stable condition .The second shooting occurred about 10 minutes later at the drive-thru of a Starbucks on 28th Street and Figueroa, in University Park . The victim on this occasion was a 25-year-old man who suffered multiple gunshot wounds. They declared his death at the scene, according to the police.
The KTLA chain publishes that this deceased, who was in a blue Mustang, was a newlywed and was with his wife when the suspect’s vehicle crashed into his. He then fired into the car.The third shooting took place at 1:25 a.m. near 7th Street and Figueroa in downtown Los Angeles.
The victim, a 30-year-old man, was stopped at a red light when the suspect stood next to him and killed him by shooting into his black Escalade, according to LAPD.Authorities have not publicly identified the victims, but Jovel said it appeared to be ” random acts of violence .” According to the lieutenant, this is what caused the police to deploy many patrols.