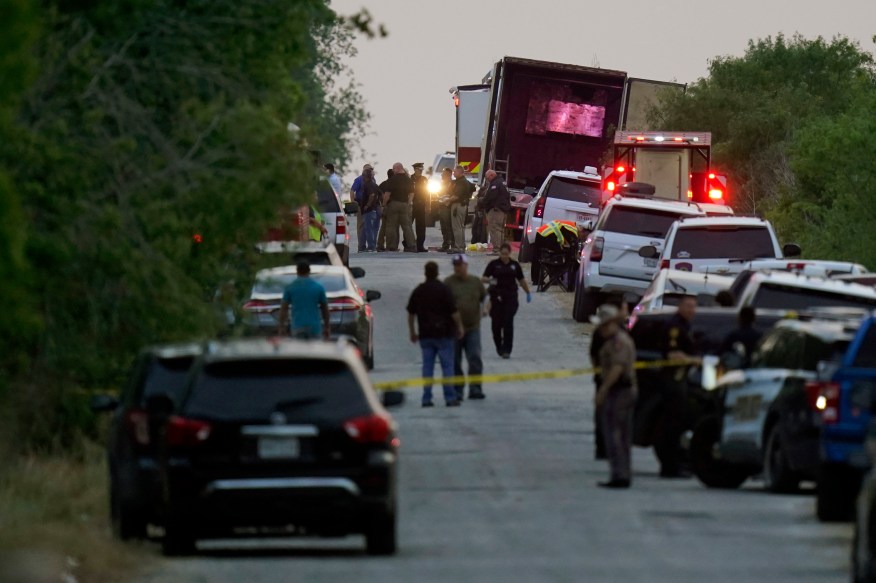 AL-HOL, Syria – In a refugee camp in the Syrian city of Al-Hol, boys spend the day running through dusty streets and playing with sword sticks and black banners, imitating the organization’s fighters. ISIS.

Few can read or write. The only education some receive is the stories of their mothers glorifying ISIS.

More than two years have passed since the ISIS “caliphate” was dismantled. And during all that time some 27,000 minors have languished in al-Hol camp in northwestern Syria, where ISIS-affiliated families remain.

Children spend their childhood in the midst of great uncertainty, in miserable conditions, without schools or places to play and grow up, in the face of the indifference of the world, which shows little interest in solving their situation.

ABOUT 27,000 CHILDREN LANGUAGE IN A CAMP IN SYRIA

The only instruction they receive comes from supporters and former ISIS militants operating in the camp, even though it is run by the Kurdish forces that defeated the terrorist group.

Kurdish authorities and aid groups fear that a new generation of fighters is forming in the camp. They have asked their home countries to take care of the women and children, but those nations often see these children as a potential danger rather than as children to be rescued.

“These kids are the first victims of ISIS,” said Save the Children’s Syrian branch director Sonia Khush. “A four-year-old does not have an ideology. He needs protection and instruction ”.

“Camps are not places for children to live or grow up,” he added. “They cannot learn, socialize, be children. They cannot heal the wounds caused by everything they lived through ”.

In the camp, surrounded by fences, several families often live in a tent; medical services are minimal and access to water and sanitary facilities very limited.

There are about 50,000 Syrians and Iraqis there. Almost 20,000 are children. Of the rest, the majority are women, wives and widows of combatants.

In a separate, severely guarded annex, there are another 2,000 women from 57 countries considered ISIS supporters and their children, some 8,000 children.

The influence of ISIS was evident during an Associated Press visit to the camp last month. A dozen youths from the annex threw stones at the group, which was accompanied by Kurdish guards. Some wielded metal objects that looked like swords.

The exhibition was opened in Tehran and includes suicide vehicles and belts used in attacks.

“We are going to kill them because they are unfaithful,” shouted a boy who seemed to be about ten years old. “We are ISIS.”

Another boy ran a hand around his neck, simulating beheading, and said, “with a dagger, God willing.”

In a market inside the annex, a woman looked at a reporter and said, “The Islamic State is still alive,” the group’s slogan.

During the five years that it ruled much of Syria and Iraq, ISS tried to entrench its caliphate by indoctrinating children about its brutal interpretation of Islamic laws. He trained minors for war, taught them how to behead people using dolls, and had them kill captives in propaganda videos.

A Russian-speaking woman from the annex, who identified herself as Madina Bakaraw, said she feared for the future of the children, including her son and daughter.

“We want our children to learn. They must learn to read, write and do accounts, ”said the 42-year-old woman. “We want to go back to our homes and for our children to have a childhood.”

The two terrorists are in US custody in Iraq and spoke to NBC News.

Among the women of the camp there is everything. Some are ardent ISIS supporters, but others were disenchanted with its brutal rule or after its defeat. Others never had an ideological commitment and were taken to the “caliphate” by their husbands or families.

The camp has been operating since the end of 2018. After the final defeat of ISIS in 2019, the Kurdish authorities tried to repatriate the women, but they encountered opposition from many people upon their return.

“The kids who are there are not to blame, they should not pay for the decisions of their parents,” said Ted Chaiban, director of the Middle East and North Africa unit of the United Nations agency for children. Chaiban visited al-Hol in December.

If their home countries are not going to repatriate them, they should at least create conditions to improve the lives of children, according to Shixmus Ehmed, director of the Kurdish government’s department for refugees and displaced persons.

“We propose that they open schools and create rehabilitation programs and sports fields,” Ehmed said. “But so far there has been nothing.”

UNICEF and the Kurdish authorities opened 25 educational centers in the main section of the camp, but they have been closed since March 2020 due to COVID-19. In the annex, the children are taught mostly by their mothers, who transmit the ideology of ISIS to them, according to the UN and Kurdish officials.

No one immediately claimed responsibility for the attack in Kabul, but both the Taliban and militants from the ISIS terror group routinely attack Afghan forces.

In late March, Kurdish-led forces, supported by the United States, detained 125 suspected of working for ISIS.

ISIS elements are believed to have killed residents suspected of having abandoned the organization’s ideology and violated its rules. At least 47 people were killed this year, according to Kurdish-led forces. US officials speak of 60 murders.

Amal Mohammed, a 40-year-old Iraqi, says she wants to return to her country so that her daughters can lead a normal life.

“What future do they have here?” He asked. “They have no future. They are not learning anything ”.