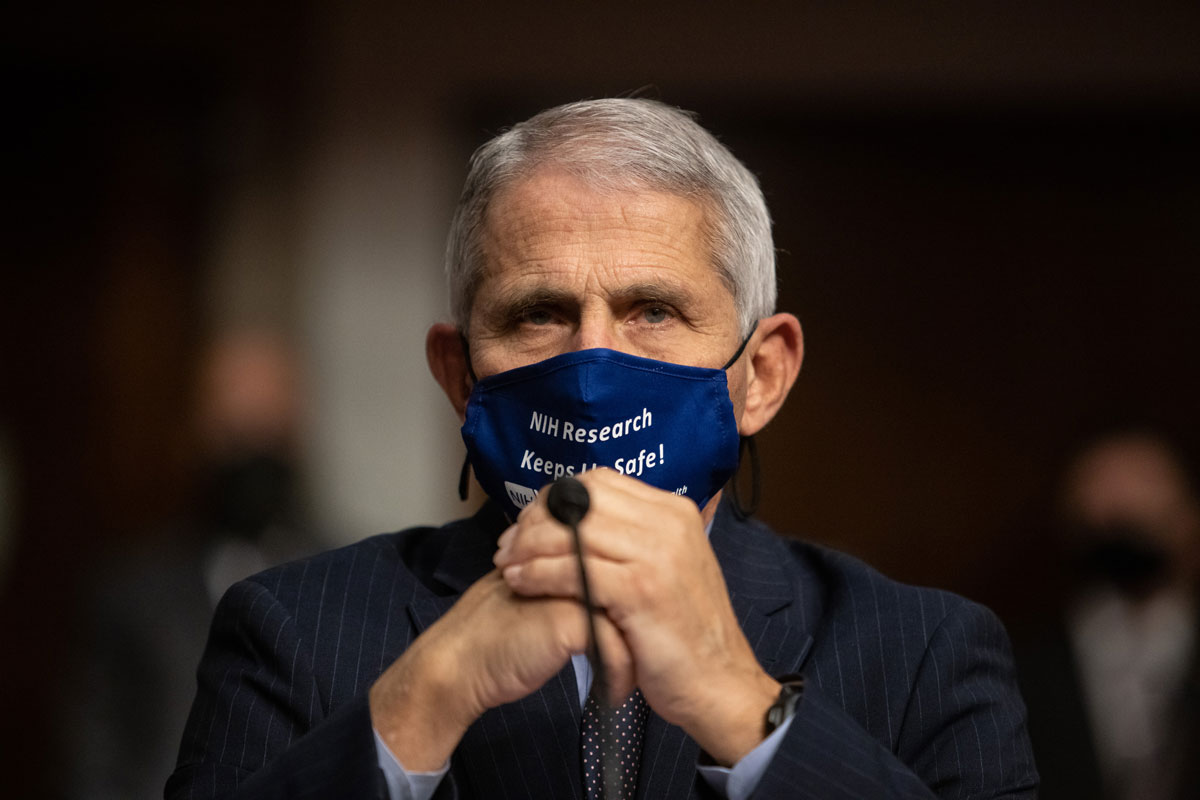 Anthony Fauci: “Vaccines will be available to everyone in July, but vaccination will take longer”

President Joe Biden and First Lady Jill Biden are on their way to visit Surfside, Florida, to meet with first responders and families of the victims and those still missing a week after a Champlain Towers South condominium building collapsed.

The 12-story tower on the outskirts of Miami collapsed around 1:30 a.m. last Thursday. So far, 18 deaths have been confirmed and the whereabouts of 145 people are unknown.

The White House has said that Biden did not immediately visit the site for fear that a presidential visit would disrupt rescue efforts. It is not yet ruled out that survivors can be found under the tons of rubble.

A week after the Surfside tragedy, rescuers are not giving up and are removing tons of debris even with their bare hands.

The president will also thank the search and rescue teams and meet with families who have lost loved ones. He will give comments to the press at 3:50 pm before returning to Washington.

Hundreds of workers, including rescue teams from Israel and Mexico, were dispatched to the site to excavate the unstable mound of rubble in hopes of recovering more survivors.

Florida authorities have described a grueling rescue process as workers attempt to move millions of pounds of concrete in the summer heat and tropical storms disrupt their efforts. A member of the rescue effort was taken to hospital Tuesday for dehydration.

During a visit Tuesday to Dallas, Jill Biden said she and the president would travel to Florida to “comfort those families” and said their hearts were broken for those affected by the building collapse.

Biden has often drawn on his own experiences with grief and loss to comfort others during times of national tragedy. Biden’s first wife and daughter died in a car accident shortly after he was elected to the United States Senate in 1972. His son, Beau Biden, died in 2015 of brain cancer.

The Bidens will arrive in Florida while many questions remain about what caused the condo building to collapse in the middle of the night last week.

Miami-Dade Mayor Daniella Levine Cava said two sisters, ages 4 and 10, were among the dead. The girls were identified as Lucia Guara, 10, and Emma Guara, 4.

In a 2018 report, an engineering consultant, who was hired to begin a 40-year recertification process, as required by the Miami-Dade County building code, warned that there were “abundant cracks” and collapses in the subsurface. building parking lot and that there was “significant structural damage to the concrete structural slab below these areas.”

The president of the condo building wrote a letter to residents in April, just three months before the collapse, warning that the problems described in the 2018 report had worsened and that the damage “would begin to multiply exponentially.”

Residents said they were not informed of the report. A resident told NBC News that an official at the Surfside building said at a 2018 meeting “that the building was not in disrepair.”

The Miami-Dade attorney general announced Monday that she would ask a grand jury to investigate the collapse, although it is unclear when that process will begin.

Environmental Protection Agency Administrator Michael Regan said Wednesday that the agency was monitoring the air around the building collapse site for toxic particles that could harm those involved in rescue efforts and people in the surroundings.

Regan said the agency did not yet have enough information to determine whether the building’s collapse was caused in part by climate change.