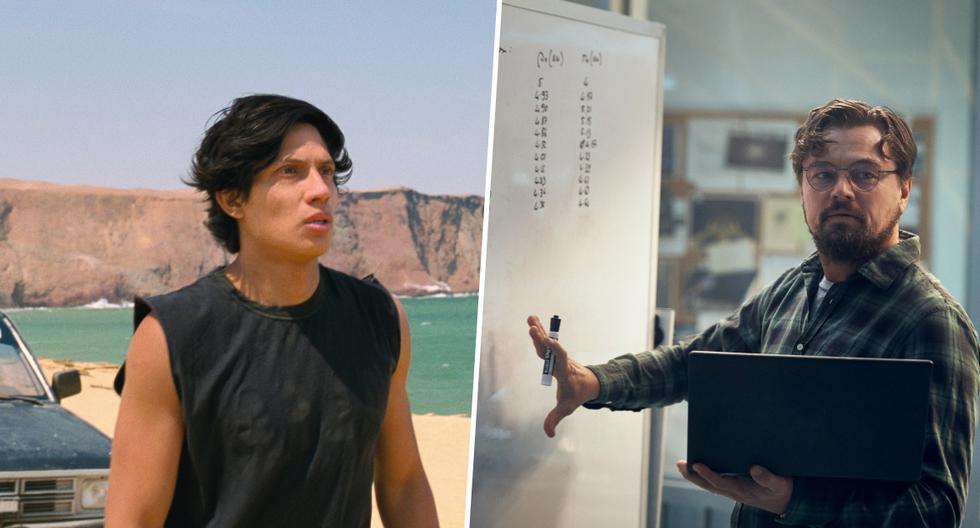 “Don’t Look Up”: this is how the scene with André Silva was made in Paracas for the new Leonardo DiCaprio movie on Netflix

Anthony Boring paled. He was so nervous when the border patrol stopped his trailer that he couldn’t even speak. The agents began the interrogation and mister Boring began to shrink in the driver’s seat, as if he wanted to be swallowed up by the ground. “What’s in the load?” One of the policemen asked him. “I don’t know”, managed to stammer the driver, with teary eyes. The vehicle moved slowly during the exchange of words, waiting for a stroke of luck to free him from arrest. The dogs, however, had already sniffed out a suspicious trail and the truck was sent for a second inspection. The doors of the box were poorly closed and by passing a flashlight through a crack, the patrolmen saw the eyes of several frightened people. At the end of the review, 145 migrants were found about to suffocate in the back of the trailer.

Boring pleaded guilty to human smuggling on Tuesday of last week, less than 24 hours after the death of 53 migrants who were abandoned on the outskirts of the city of San Antonio was revealed, in the biggest migratory tragedy that be remembered on US soil. He traveled on the same state highway, which runs through Texas from south to north. He went through a security checkpoint deep inside Texas territory, just like in the other case. The people he was transporting paid thousands of dollars to travel in crowded places, risking their lives to find a future in the United States. And his final destination was also San Antonio. But there was one key difference: Boring was found out and now faces 20 years in prison.

The arrest took place after ten o’clock at night on April 15. In the trailer were 86 Mexicans, 49 Guatemalans, five Hondurans, three Salvadorans and two Ecuadorians. The nationality groups are even similar to those of the tragedy that would happen two months later: more than half of the people who died came from Mexico, followed by those from Guatemala, Honduras and El Salvador. On that other occasion, there were no reports of deaths.

The San Antonio tragedy was not an isolated incident. Caitlyn Yates, of the Strauss Center for International Law and Security, points out that as Mexico tightened operations to capture migrants on its southern border over the last decade, flows from Central and South America moved from trains to trailers, buses and private vehicles, as preferred means of transport. According to a Yates publication from five years ago, about one in 10 migrants traveled by freight at some point on their way north, a slightly smaller percentage of those who chose to hop on trains. “What we saw in San Antonio was predictable,” says the researcher.

The use of cargo trucks allows the movement of a greater number of migrants than with other means of transport, an average of 65 migrants per trip, according to figures analyzed by Yates. That number can reach up to 200 people hidden in the back of the box. It is a scheme further removed from the arm of the authorities. Only 1% of private vehicles and 15% of cargo trucks passed through inspections at border ports, according to data from the US border patrol for 2021.

The criminal logic is that the potential gains far exceed the chances of getting caught. “In general, the vast majority of drivers do not belong to criminal organizations, they are simple carriers,” says Yates, although he clarifies that this does not imply that there are no links to organized crime. They often have to pay to travel through certain territories dominated by the cartels, for example, or they are recruited by these organizations. “It is hard for me to think of an illegal activity that requires so little work for those interested, they only have to do the work they always do: drive and carry cargo from one place to another,” she says.

“A guy asked me over and over again to take these people to San Antonio, so I got in the truck and put over 140 of them in the back of the trailer,” Boring said in a call from jail. 11 days after arrest. “They caught me at the damn checkpoint,” he lamented. And later he told his interlocutor: “I don’t know how long I’m going to be here or what they’re going to do to me. I screwed up beautifully.”

The District Attorney for the Southern District of Texas accused him of four crimes related to the smuggling of undocumented migrants, endangering their lives and making lavish profits by trying. If found guilty by a jury, Boring would have spent 30 years behind bars and been forced to pay a half-million dollar fine, but he negotiated. He has only accepted one count of human trafficking and, in addition to the time he spends in prison, he may pay a fine of $250,000. He has not yet been sentenced.

Boring did not act alone, but so far he is the only one paying the piper. After the border agents read him his rights, the driver blurted out: “Whatever I give them is going to sink me in Mexico.” “I can’t go back and tell these people what happened,” he insisted, without specifying which criminal group had recruited him. “Get me a lawyer and I’ll talk.”

The US security forces recruited Edwin Pérez, a Guatemalan migrant who was traveling hidden in the trailer. Pérez recounted in an affidavit that the coyotes, as the smugglers were called, had charged him $16,000 to complete the journey of thousands of kilometers between Central America and Los Angeles. The negotiation of the payment took place from his country of origin and he had already disbursed $4,500 as an advance. It is a multimillion-dollar business that leaves 6,750 million dollars a year to traffickers around the world, according to the United Nations.

There isn’t a single mode of operation to account for all traffic. In some cases, smugglers offer a “complete relocation package” that includes various modes of transportation for each stage of the journey, lodging, and the opportunity to try again if they are apprehended along the way, Yates says. Other migrants have commented that they are given the possibility of paying the thousands of dollars they are charged in installments. Multiple drivers are often involved, one for each part of the journey, and people are often driven in groups to large cities from where they are redirected to their final destination. At other times, it is much more disorganized and migrants pay only for specific phases, such as reaching the border or crossing into the United States. It is a route that demands the body to the maximum, but tempers other risks, such as being robbed, kidnapped or a victim of rape.

One of the most controversial points of the San Antonio tragedy is the point of origin of the trailer that was abandoned with the migrants inside. A team from the Attorney General’s Office of the Republic of Mexico traveled to Texas last week to determine if previous crimes were committed in Mexican territory, although Mexican authorities maintain that the vehicle left the United States. An official version has not been offered, but the testimonies given by the survivors suggest that they came from different points and that the most likely hypothesis is that they got on the truck after crossing overland through the Texan desert. In some cases, they spent about a week in a safe house in the Texas city of Laredo and boarded thanks to trickery.

Pérez’s statement in the April case reinforces that theory. In his case, he arrived in the Mexican city of Nuevo Laredo, one of the hot spots for border violence, and crossed the waters of the Rio Grande, the natural boundary between the states of Texas and Tamaulipas. After touching US territory he was picked up in another vehicle and taken to a safe house, from where he was transported to the trailer he got into. “When he boarded, he calculates that there were 25 people in the truck,” reads judicial documents to which GLM has had access. “An hour later there were already more than 100 people and the truck started,” it adds.

After being detained, Pérez told the US agents that the trailer “was very full”, that “it was very hot” and that they “had no water” for the trip. In the case of San Antonio, the most probable cause of death, according to the Guatemalan and Mexican authorities, was heat stroke and the people who managed to be taken to hospitals in the area mostly presented severe dehydration. Yates notes that people-trafficking through cargo transportation intensifies during the summer months, when it gets hotter and temperatures in the metal bed of trailers, where oxygen is scarce, can reach 60 degrees. There are also those who opt for refrigerated trucks and face the opposite scenario: the cold is extreme.

The truck that transported Pérez was traveling with temporary Tennessee plates, the one in the tragedy two months later had a superimposed license plate and had forged signs from a company that disassociated itself at the time those details of the investigation were revealed. Texas has several geographic characteristics that make it one of the main migrant smuggling corridors: it is the largest territory on the border between the two countries, where there are more migratory checkpoints, wide highways to facilitate flows, and as the state furthest South is the shortest route to reach the United States.

Like Boring, Homero Zamorano, the driver of the San Antonio trailer, has US nationality. It is not clear from the legal documents why Boring, a 73-year-old trucker from Houston who lives with his son and his daughter-in-law, agreed to take the migrants beyond financial incentives. Zamorano, for his part, was arrested by local police after hiding in the bush, trying to flee and pretending to be one of the migrants, according to the reconstruction of the authorities. His hat, cell phone and wallet were found at the crime scene. The driver also faces a $250,000 fine, but he could spend the rest of his life in jail as directly responsible for the deaths and remains in custody without bail.

After the tragedy, the authorities announced last week new checkpoints and stricter checks. “The tightening of immigration policy has not made migrants safer. On the contrary, they have been pushed to take less visible routes”, affirms the researcher. They will go by other roads, they will be exposed to riskier hiding places and they will pay more for the crossing to avoid being seen. In an invisible corridor of traffic, most tragedies remain in the shadows.