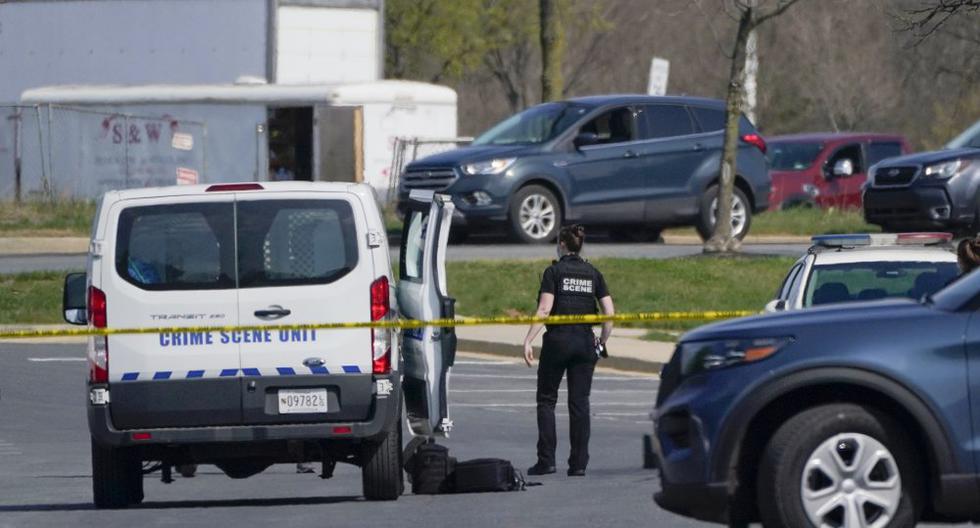 Shooting near US military base: the attacker was killed and there are two wounded

Nancy Duré During her childhood and adolescence she lived through a very painful period because her father, Arsenio Duré Largo, used domestic violence, first against her mother and later against her and her sisters.

The journalist from Teleshow related in The Morning Angels details about the nightmare they had to live, how they managed to get ahead and promote a cause to be convicted of gender violence.

“My father was very violent and very aggressive, with death threats, I have gone to report him. He told my mom: ‘I can kill you without leaving a trace because I am a doctor’. He has thrown her on the floor, he has kicked her. I have had to intervene to defend her, ”said the panelist of the El Trece cycle.

When Angel de Brito He asked her when she realized that what she was experiencing was not normal. Nancy replied: “At 13 years old I come back from high school, I find my mother crying in the kitchen. He saw her talking to a lady who was the vice president of the school cooperator. They always thought they were talking bad about him. He didn’t want her to talk to anyone. What she did was gather resources to feed the boys at school. He hit her, threw her to the ground, kicked her.”

Later, he added: “At night when the arguments start, I come out of my room and said: ‘Don’t touch her.’ I already had this little physical. I run to the police station that was three blocks away to make the complaint. He starts to run me off and when I was a block away, he grabs my hair and dragged me home. He tells me that the next time he would kill us both, he was armed ”.

From 13 to 18 years old, she always intervened in arguments to defend her mother. At 17 he started working and a year later he went to live in a pension while he was studying because he could no longer bear the situation. “When I leave, my mother reacts, my father goes to Paraguay and my mother makes me come back,” the journalist recalled.

But, the violence continues to the point that he almost lost his life during an argument he had with his father: “When my father comes back, there is an episode in which if my sister did not rescue me, she could have killed me. I got up to study, my dad argues, I defend myself and he grabs my head and hits me against the kitchen table. At that moment my sister came down the hall, she hangs herself on my father’s horse and there I can get away. I’m going with a bump, to a friend’s house. My mother realizes that if she did not separate, she was going to kill her”.

Eventually, his parents separated, but he kept attacking his mother repeatedly. Duré remembers one of the episodes: “My mother called me to tell me that she had taken my little sister to the neighborhood, in La Plata. He had hidden behind a tree and when she comes out he grabs her, hits her, kicks her on the ground. He says, ‘I can kill you without leaving a trace.’

After what happened, Nancy decided to confront her father once more: “I’m going to look for him who was at the house of some friends. He said, ‘You get to touch Mom again and I’ll kill you.’ From there I’m going to look for Mom to make the complaint. My mother had never denounced him until then”. They both went to a police station in Berisso. “I told the commissioner what had happened and I told him that I needed him to settle down because if he touched my mother again, I was going to kill him. I don’t know if I would have done it because I’m vegan and I don’t kill a cockroach ”.

Arsenio Duré Largo returned to live in Paraguay, his homeland. There, he returns to form a couple and has a daughter. Nancy finds out that she has a sister and in 2018 they contacted each other through social networks. The teenager tells him that she was no longer living with her father, that she had denounced him in December for violence and that the mother had left her seven years ago.

The journalist and a sister secretly traveled to Fernando de la Mora, in Paraguay, to meet her and try to help her. They managed to bring her to live in Argentina and they have lived with her for two years, who is now 17 years old. In addition, they initiated a lawsuit in the Justice of the neighboring country for gender violence.

“We spent a fortune on lawyers, Mrs. Mirtha Legrand helped me a lot, the fact of telling this topic made it visible and in two months they gave us permission for the girl to come to Argentina, they gave us guardianship. They accuse him, they give him house arrest until the trial because he was a person over 70 years old. The trial took a long time, due to the pandemic, we declared in December and he was sentenced to three years in prison for having exercised physical and psychological violence ”, Duré finished.