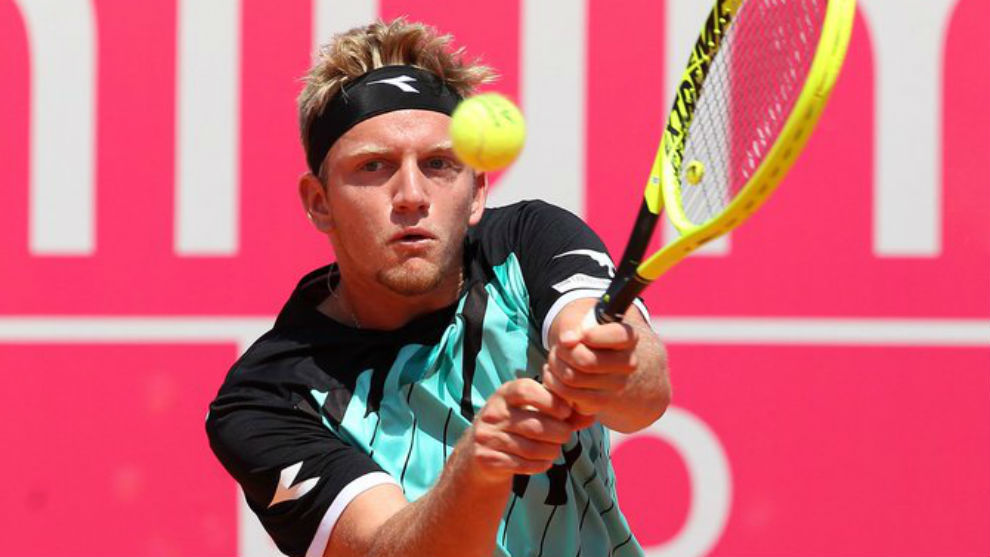 After months of nightmare, the United States sees a light in the dark tunnel of the coronavirus pandemic.

For weeks, the country has experienced a notable decrease in almost all the indicators that account for the evolution of covid-19.

The total number of reported cases has fallen by more than 57% since the beginning of January and only during the last seven days, new infections were reduced by 22% compared to the previous week, while hospitalizations decreased by almost 16% and deaths in 3.5%.

And although the number of tests that are carried out has also been reduced, the experts are optimistic and point out that the drop is not linked to the problems to do more tests.

“It is a real drop in the numbers of infections and hospitalizations,” Dr. Amesh Adalja , principal investigator of the Center for Health Security at the Bloomberg School of Public Health at Johns Hopkins University , tells BBC Mundo .

“We can check it if we look at other variables, such as the percentage of positivity, which also goes down or the hospitalizations themselves. This last point is key, because hospitalizations are not directly linked to the tests,” he says.

The epidemiologist Mary Jo Trepka , from Florida International University, explains, for her part, that although deaths have fallen, they do not account for the current state, given that deaths take more than a month and a half to decrease after they begin to drop cases.

“That is why we think that in the next month we will see a more notable drop in the death toll,” he tells BBC Mundo.

The experts consulted remember that, despite the “good news”, the outlook remains bleak: the United States is still the country with the most deaths and infections from coronavirus in the world and, although cases have decreased in recent weeks, they are still greater than those reported throughout last year through November.

“Either way, this is very positive news because these numbers mean that there is less coronavirus circulating in communities, even when fewer tests are being done,” Tepka says.

But what happened to get to this point? At BBC Mundo we offer you 3 factors that explain it.

“These declines are a scenario that we have seen at other times in the pandemic, when the top of the curve is reached and then cases start to fall,” he says.

Both Tepka and Adalja agree that a determining factor in this regard is that the increase in previously reported cases was largely due to the trips made by many Americans during the holiday season, from Thanksgiving in November to New Years. .

“What we experienced in the previous months was the result of many people traveling for the holidays. Now the holiday season is over and these months Americans do not usually travel much on vacation,” he says.

“With less circulation of people, less exposure to the virus,” he adds.

2- A large number of Americans have already been infected

Adalja points out that another of the reasons that have led to this reduction in the numbers is the number of cases that have already been reported in the US, which makes it difficult for the virus to spread.

According to figures from John Hopkins University, as of this Friday, more than 27 million people had been infected with covid-19 in the United States.

However, given that a large part of the cases are asymptomatic or many people are not tested after being infected, most epidemiological models multiply that amount by four, which implies that almost a third of the country’s population would have already been infected .

“Herd immunity will not be achieved in the United States until the summer, but even without herd immunity, having 30% of the population with some degree of natural immunity, as now estimated, makes it more difficult for the virus. keep spreading, “he says.

“By now so many people have been infected that there is a certain natural immunity, which makes the spread of the virus more complicated. That is, in February 2021 it is more difficult for the virus to spread than it was in October 2020. ” he adds.

In this sense, Trepka points out that many people with essential jobs, who are the ones who continue to go out mostly to the streets, have already been infected, which also limits the spread.

“Many of these essential workers have already been infected, also people who shared and continue to share with large groups, so it is logical that although they continue to go out, they are now less exposed.”

3- Vaccination and use of masks

Adalja points out that another element that has helped contain the spread of the virus is that more people wear masks than when the pandemic began and, although there is no indication that more Americans have started using them in recent weeks, their use offers an additional degree of protection.

As of this Friday, according to the Centers for Disease Control and Prevention (CDC, for its acronym in English), about 11% of the US population had received at least one dose of the available vaccines and less than 4 % had received the two required doses.

The government of President Joe Biden has accelerated vaccination mechanisms in recent weeks and on Thursday announced that by the summer the country will have enough doses to vaccinate the entire population.

Trepka, for his part, does not believe that vaccination will still have a notable impact on the current numbers, but estimates that in the coming months its results will become more evident.

“Vaccination will have a greater impact when we are able to also vaccinate young groups that are the main responsible for the transmissions, because they are the people who are working or who are more inclined to socialize or meet in large groups,” he says.

The danger of new variants

But not everything is rosy.

The experts consulted by BBC Mundo fear that this drop in new cases is, as has happened before, transitory.

“Although we have this good news of decreasing cases, there is also the risk that many people let their guard down. And we also have this dark cloud of new variants that are more contagious, ” says Trepka.

In the last couple of months, new variants of coronavirus have appeared that are capable of multiplying infections up to three times and that seem to be able to infect even people who have fallen ill with covid-19 before.

According to the CDC, one of them, the British one, will be the dominant one in the United States for dates as close as March.

“Since they are much more contagious, there is a danger that this trend of fewer cases will reverse as these new variants become dominant in the United States. We will see more cases again as these variants become common,” says Adalja.

The expert assures that, in this context, the possibility of vaccinating a greater number of the population becomes urgent, even though variants for which vaccines are not so effective begin to spread.

And although he anticipates an increase in the number of cases, he is confident that with vaccination, the worst effects of the virus will be under control.

“The vaccines appear to be effective against the British variant and prevent severe cases, hospitalizations and deaths of the South African and Brazilian variants, so I think the death toll will decrease regardless of the variants. It should be noted that even partial protection it’s better than no protection, “he says.

According to Adalja, in this context, the measures that Americans take to prevent new infections will continue to be decisive.

” It is important that we bear in mind that the pandemic is not over yet and that very tough months will come. Therefore, we must maintain precautions as new variants become dominant. We must continue to be very careful and do a good risk assessment. about what activities we participate in or where we go, “he says.

Tags: coronavirus Coronavirus in usa most cases and deaths in the world

Youtuber Rix arrested for Rape, he was accused of abuse by Nath Campos