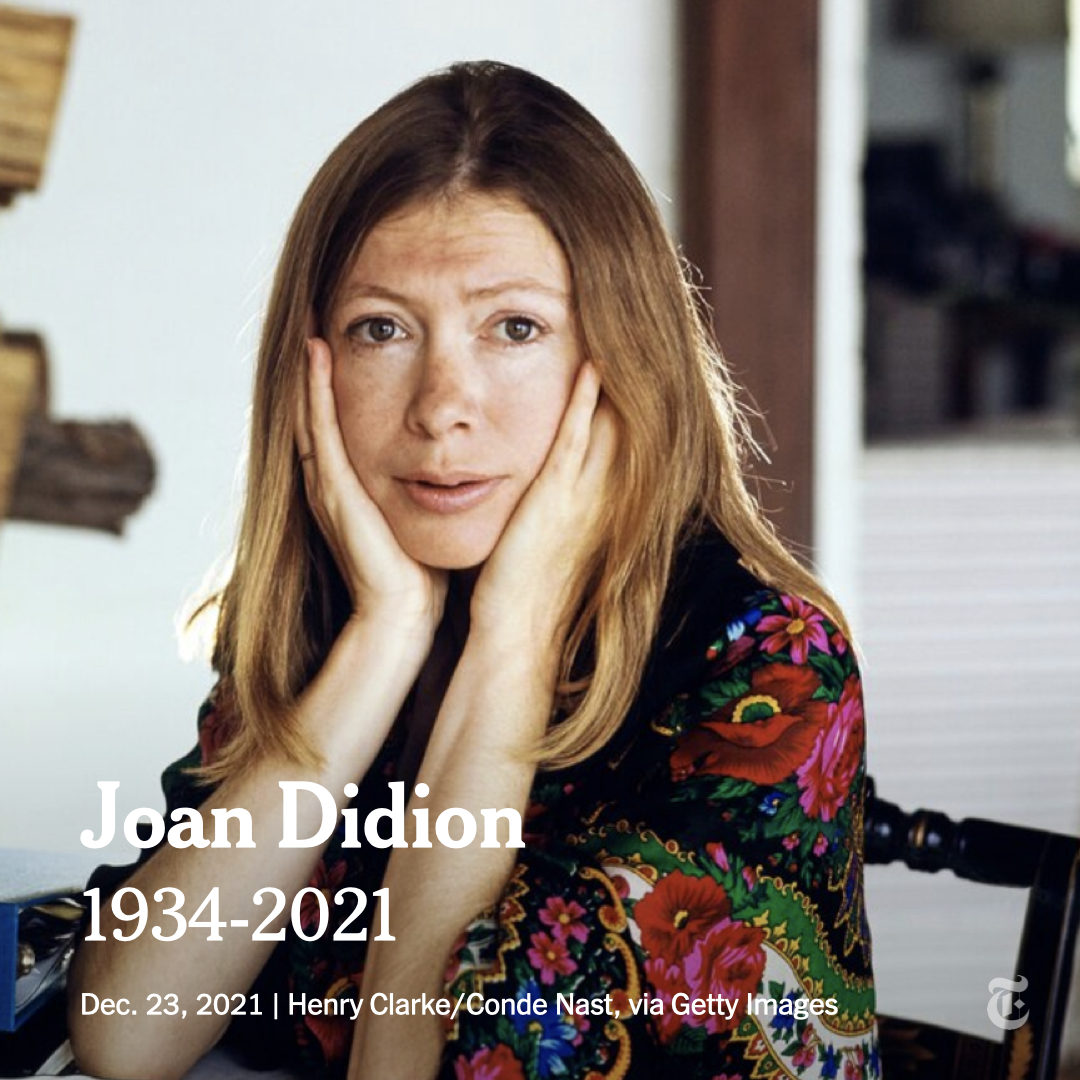 Writer and journalist Joan Didion died at the age of 87

Comet Leonard, which last passed Earth 80,000 years ago, has been dazzling the night sky before Christmas, with only a few days left to see the celestial object before it disappears forever.

The imager aboard the Solar Orbiter, a joint mission between NASA and the European Space Agency, captured Leonard streaking through the sky with the Milky Way in the background in a stunning animated sequence of images from Friday to Sunday.

Venus and Mercury are also visible in the upper right of the animation, with Venus appearing brighter and moving from left to right.

Stargazers on Earth have also been chasing the comet, a mass of space dust, rock and ice about half a mile (1 kilometer) wide.

Comet Leonard came closest to Earth on December 12, 21 million miles (34 million kilometers) from our planet. The comet will be visible in the skies of the northern and southern hemispheres until the end of this month.

On January 3 it will travel closer to the Sun, about 56 million miles (90 million kilometers) from our star, a little more than half the distance from Earth. If it doesn’t disintegrate, its trajectory will throw it into interstellar space, never to return, NASA said.

NASA also captured an image of the comet with its Solar Terrestrial Relations Observatory-A spacecraft.

The comet was discovered in January by astronomer Greg Leonard, a senior research specialist at the University of Arizona Lunar and Planetary Laboratory. It began tracking blurry light on January 3.

“The fact that the tail appeared in those images was remarkable, considering that the comet was about 465 million miles (from Earth) at that point, roughly the same distance as Jupiter (from Earth),” he said. month.

It is also an ultra-fast comet, traversing the inner solar system at 158,084 miles per hour (71 kilometers per second), but it will still appear as a slow-moving object due to its distance from Earth, according to EarthSky.

You can use Venus, currently a brilliantly visible presence in the southwestern sky around sunset, as a way to find the comet.

Beginning December 13, “this comet will appear very low above the horizon just after sunset,” Leonard said. “It will traverse the west-southwest horizon from now until around Christmas. The fact that it is so close to the horizon makes this comet a bit difficult to observe.”

Most comets with long orbital periods, like Comet Leonard, come from the Oort cloud, a large icy area that surrounds our solar system. It is too far from Earth to have been visited by a spaceship.

“When the tug of war is taken over by the gravity of our solar system, an object can begin to move inward, accelerating as it gets closer to the Sun,” Leonard said.

As comets get closer to the Sun, these giant ice balls begin to shed some of their material, forming a halo or coma around the object. Dust and gas flow behind comets to form their extremely long tails. Most comets only become visible to us as they travel through the inner solar system, where Earth is located, during their long orbits of the Sun.

Went comet hunting tonight. Success. Thanks for dropping by to our neighbourhood comet Leonard. pic.twitter.com/BzqL0p3lRC

Understanding comets can open a window to the formation of our Sun and our solar system because they act as cosmic time capsules.

“As much as we have great science about comets, they are still highly unpredictable with respect to their size, shape, chemical composition and behavior,” Leonard said. “A wise and famous comet discoverer once said, ‘Comets are like cats, they both have tails and they both do what they want.'”

Ancient human ancestors may have witnessed Comet Leonard during its last passage on Earth some 80,000 years ago. But it will not appear again.

“This is the last time we’ll see the comet,” Leonard said. “It is accelerating at an escape velocity, 44 miles per second. After its acceleration around the Sun, it will be ejected from our solar system and could run into another star system millions of years from now.”