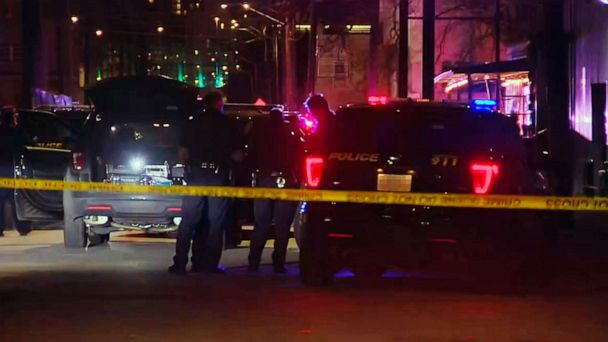 If you like extreme danger, Burger King’s new burger is just for you.

Its official name is the Quad Stacker and it consists of four meat patties, four slices of cheese, bacon and a special sauce, between two buns covered with sesame seeds. The latest addition to Burger King’s menu is so wacky that diners and the trade press have dubbed it the “suicide burger,” though the fast-food chain hasn’t officially accepted the name.

The publication The Street noted that the suicide burger makes McDonald’s Whopper and Big Mac look like a small snack.

It is believed that the decision to launch this option on the market was a response to meet the demand of a public avid for ever larger dishes. For this reason, the Wendy’s chain allows a portion of meat to be added to its doubles and McDonald’s regulars order the largest options on its menu regularly.

The heart of the matter is the amount of meat on the menus of most fast food chains. A single McDonald’s hamburger has about 45.35 grams and if you order it double you will eat about 90.71 grams of meat. But if you go to other types of chains like Five Guys, the individual burgers are more generous with meat, at about 4 ounces.

So even a double sandwich like the Big Mac, Whopper, or Dave’s Double at Wendy’s is a relatively puny sandwich when it comes to the meat. That’s why so many fast foodies have been looking for ways to add more meat to their sandwiches.

Wendy’s makes life easy for its diners and allows customers to triple their burgers. At McDonald’s it’s also possible but they don’t promote it openly. There it is possible to create huge custom burgers.

What Burger King has done is understand that need and offer directly to global markets what many fast food fans already consume with additional requests.

Burger King’s Japanese branches were the first to introduce monster burgers. One of these is the King Yeti Super One Pound Beef Burger: a similarly high-priced sandwich of four patties and six slices of cheese.

Experts believe that although the cost of living is high in Japan, it is truly expensive to pay the equivalent of $15 for a King Yeti. You have to consider that a Texas Double Whopper costs a little more than 8 dollars.

The hamburger chain founded by David Edgerton and James Mclamore in 1954 when they decided to expand the idea started by Keith J. Cramer and Matthew Burns Keith Kramer in Jacksonville has legions of repeat customers.

The Mashed publication recently published the list of menus preferred by the 11 million people who eat daily in one of its establishments. Here we mention the first 5 dishes although some may not be available in all countries. (And we anticipate that the suicide is not yet among the favorites).

The dish was introduced in 2005 to satisfy the regular adult public that was looking to go beyond the traditional menu and was removed from the menu in 2012. The pressure from the public was not long in coming. Users even signed a petition on Change.org asking the chain’s management to reinstate the product. At first glance it is about long strips of breaded chicken. “They have a slightly spicy seasoning, which gives them more flavor than BK’s Chicken Nuggets or McDonald’s Chicken McNuggets. Their breading is also thicker than many other classic chicken menu items. Burger King Chicken Fries are essentially extra flavorful chicken tenders with delicious dipping sauces,” Wide Open Eats said.

Mashed points out that the art of the Burger King burger is a delicate one, and the ratio of beef to the rest of the ingredients must be balanced to provide optimal meal enjoyment. “The Double Sourdough King manages to do exactly this, thanks to the extra burger and accompanying second slice of American cheese. This simple addition manages to magically turn a slightly underwhelming menu item into fast food royalty.”

Burger King’s flagship burger has held its status for 60 years because it’s so tasty. Although the Impossible version was amazing, the Whopper has been a Burger King menu staple for over 60 years for a reason. “The main reason I enjoyed the Whopper so much more than other burgers is that it reminded me of something you’d enjoy at a backyard barbecue. It had a decent amount of meat with the quarter pound burger, but it wasn’t overly meaty. The ketchup gave the burger a slight sweetness, while the mayonnaise added a nice, creamy texture that elevated the crunchiness of the savory pickles and lettuce,” writer Savanna Swain-Wilson told Insider.

If you are one of those who considers that three pieces of meat is too much, but you fall short with just one, I assure you that the proportions of the double Whopper will amaze you. “The Double Whopper takes everything that’s great about the Whopper and doubles down on the grilling elements to further elevate the experience. By the way, it also marks a turning point in the Burger King menu. This is the heaviest, most opulent thing you can ask for while barely siding with a ‘normal’ order,” Mashed said.

The burger was initially released in 2019 for a limited time with the promise that it had 175% more beef than a regular burger. After a brief appearance in 2022, the chain decided to bring it back on the menu in 2022. The burger features slices of grilled meat topped with four slices of American cheese and served with lettuce, onion, pickles, Stacker sauce, and a couple of slices of bread with toasted sesame seeds. “You may not want to make this big boy your daily lunch, but when you’re really hungry and want the best Burger King has to offer, look no further,” Mashed said.