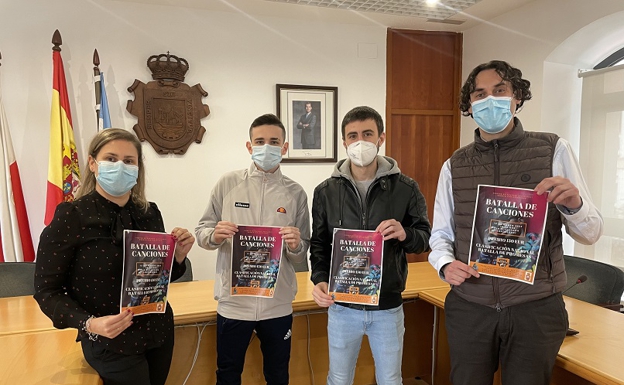 Urban culture recovers its place in the San José festivities

Sheriff Darnell Calhoun, 30, was found fatally wounded on the street by one of his colleagues; he is the second Riverside Sheriff’s Department deputy to be fatally shot in a span of two weeks
California’s Riverside County, still reeling from the murder two weeks ago of one of its police officers, suffered another calamity on Friday when another sheriff’s deputy was shot and killed.
Sheriff Darnell Calhoun was the victim in an incident that occurred in Lake Elsinore Friday afternoon when he responded to a call regarding possible domestic violence and custody of a child. He was 30 years old.

#BREAKING: @RSO confirms the deputy shot by a suspect has died.

Dozens of law enforcement now gathering outside Inland Valley Medical Center where he was taken as they mourn the loss of Deputy Darnell Calhoun. #LakeElsinoreShooting @KTLA pic.twitter.com/KCFMzLxwid

As recently as December 29, Sheriff Isaiah Cordero, 32, was fatally shot at a traffic stop in the town of Jurupa Valley. Prior to that, the Riverside Sheriff’s Department had not suffered a similar misfortune since 2003.
The attack on Sheriff Calhoun occurred after he responded to the call around 4:20 p.m. Friday in the 18500 block of Hilldale Lane. Sadly, when another sheriff arrived, he found his partner wounded on the street. He was taken to Inland Valley Medical Center in Wildomar, where he died shortly before 8 pm.

“We are devastated to announce the passing of Sheriff Darnell Calhoun, who was killed in the line of duty by him this afternoon,” the Riverside Sheriff’s Department said on social media (Calhoun is the man on the right).

We are devastated to announce the passing of Deputy Darnell Calhoun who was killed in the line of duty this afternoon.

Sheriff Chad Bianco said at an evening news conference that there was an exchange of fire between the backup sheriff and the suspect, who was injured. He was hospitalized in critical condition.
It is still unknown what happened between Sheriff Calhoun’s arrival at the house of the incident and until the other sheriff found him mortally wounded.
Calhoun had been in Riverside County for less than a year, assigned to the Lake Elsinore station after arriving from the San Diego Police Department. He was married and his wife is pregnant with the couple’s first baby.

Later, Calhoun’s body was carried from the hospital in a long procession.