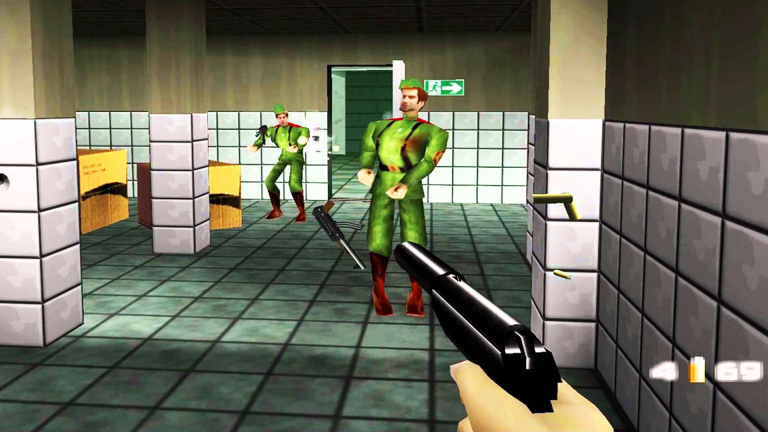 GoldenEye 007: James Bond could be back very soon

How do recent games run on the first console model?

Digital Foundry has decided to carry out a new test with the absolute protagonist Xbox Oneand specifically the first version of the gaming console released by Microsoft over the now distant 2013with the aim of finding out how it behaves in the 2022 a gaming hardware with a few years on its shoulders.

And before delving into the data that emerged from this new test, let’s remember how the console landed on the world market in 2013 at a recommended price of 499,99 Euro complete with Kinect 2 included, featuring DDR3 / ESRAM memory with lower bandwidth than the PS4, equipped with GDDR5, and substantially lower GPU processing performance.

The launch of Xbox One S in 2016 it represented an improvement, not only in terms of design but also in performance, thanks to an “overclock” of the GPU. And the test of Digital Foundry was therefore born with the aim of discovering how the model behaves 2013 with the latest cross-gen games.

“If the Xbox One S is in trouble – and it is – does that mean that owners of the base model get an even less impressive experience? We decided to find out! “says the English editorial staff.

Digital Foundry he then revealed how Forza Horizon 5 e Grid Legends they manage to run quite well on the base model of Onehowever showing the side to some streaming hitches when traveling at high speed on Forza or with low frame rate replays in Grid.

But despite these issues, fans in general can enjoy a perfectly playable experience on the original model of Xbox Onealbeit with lower framerate and resolution than consoles Xbox successive.

However, things change a bit with cross-platform titles. With Elden Ring the performance is very similar to that of One Sdespite its faster GPU. However, in other titles, the S shows improvements in this regard. Instead taking into consideration Cyberpunk 2077, Call of Duty Vanguard, Battlefield 2042 e Tales of Arise it is possible to encounter quite a few performance problems, and in many cases graphics fidelity would have to be sacrificed to achieve a more stable frame-rate.

In scenarios with Limited GPU, Cyberpunk 2077 has a 14-15 percent increase in performance running on Xbox One Scompared to the original “Durango” model of 2013.

In other titles, however, the results are understandably less consistent. Cyberpunk 2077for example, runs substantially better on One S when there are scenes on the screen that seem to be more limited by the GPUbut when there are sequences that stress the CPU here the performances of the two machines are substantially similar.

Also with Elden Ring pretty much the same thing happens, and it doesn’t seem to show significant performance differences when browsing the open world. Digital Foundry he also noted how generally, if a game is limited by the CPU or if a game supports a dynamic resolution system, frame rates should be similar between the two machines.

In addition to performance, however, game loading times are also problematic on theXbox One originalewith the tests in question revealing significantly longer loading times in some games: Forza Horizon 5for example, loads 35% faster on the One S than the base model of One, similar results that were also found in Far Cry 6 e CrossfireX.

The English editorial team then noted how Call of Duty Vanguard manages to show significantly worse performance on Xbox One compared to Call of Duty Modern Warfareand the same can be said for Battlefield 2042 compared to Battlefield 5. Elements that suggest how the console is suffering and not just the productions cross-gen.

Ultimately, while the Xbox One is still capable of running most of the games available on the market, the final experience leaves a lot to be desired due to worse performance on the launch model. As cross-gen goes on, Xbox One finds itself in a tough spot: not only is it the least capable of last-gen machines, but it also has a much lower installed base than the PlayStation 4, all with its DDR3 configuration. / ESRAM which also continues to cause problems for developers.
In conclusion, the English editorial team advises those who cannot spend too much to buy one Xbox Series Sthis console which is easily affordable and barely costs 299 Euro.