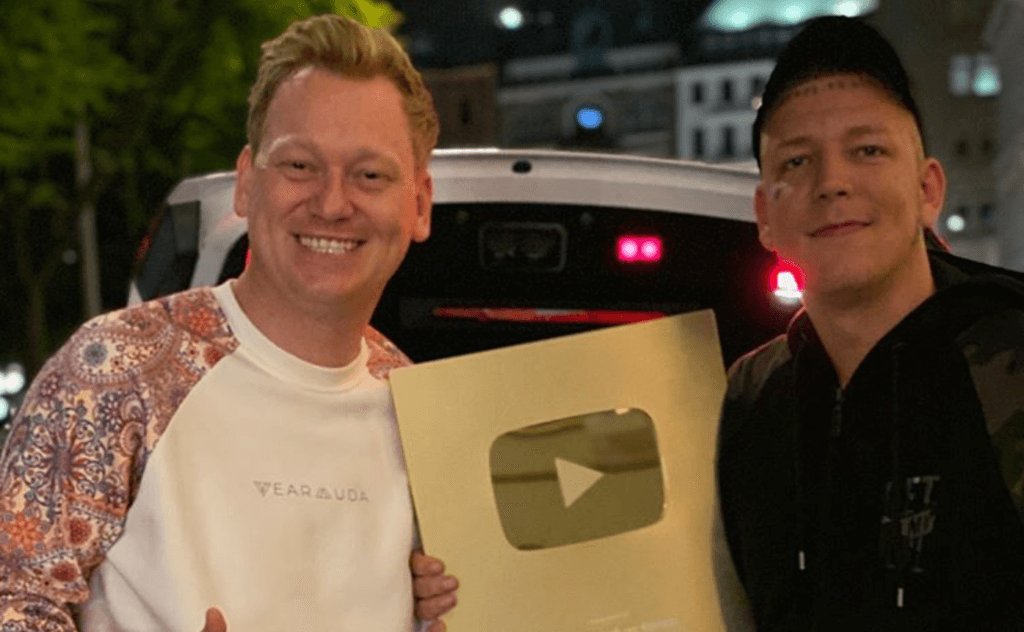 MontanaBlack reveals his Income, which he makes with 50 million views

Bayonetta will finally return in 2022 with a promising and spectacular hack and slash that aims to become a must-see for fans of the genre.

Gone is the 2017 edition of The Game Awards in which Nintendo surprised half the world with a highly anticipated announcement: Bayonetta would return with a third installment numbered exclusively for Nintendo Switch that would once again be developed by PlatinumGames. At that time we could only see a brief teaser with the game’s logo and little else and it was not until September of this year when the company finally broke its informative silence to confirm its launch in 2022 and show us what the one that has become will look like. instantly in one of the most promising productions of the coming year.

Return of the Umbra Witch

Although the details are still somewhat scarce and not much more has been revealed than what we saw in the aforementioned trailer, we do know that this time it will be directed by Yusuke Miyata , who has already participated in the development of games such as The Wonderful 101 or Astral. Chain , but this time he makes his debut leading the project. Of course, Mari Shimazaki is once again in charge of character design, who has been in charge of giving the protagonist a new, more youthful look that is giving much to talk about among fans.

For his part, Hideki Kamiya , the creator of the series, this time exercises the role of executive director and has not hesitated for a single moment to ensure that “it will exceed all expectations no matter how big they are “, which is not that is to say precisely little if we take into account that both Bayonetta and Bayonetta 2 are considered two of the best hack and slash in history.

From what we have seen of the game as such, this will continue to be a frenetic action title in which we will have to liquidate creatures (new types of angels perhaps?) By performing all kinds of spectacular and elaborate combos while using melee and combat weapons. fire, as well as the supernatural powers of our heroine. The combats promise to maintain the intensity and agility for which the saga has always been characterized and you can expect the return of such popular mechanics and characteristics such as the Time Witch , thanks to which we can slow down the action for a few seconds if we dodge at the moment exactly where we’re going to get hit. And yes, the extravagant house-brand executions are also making a comeback.

However, the great novelty here will lie in Bayonetta’s ability to summon entire demons and control them directly , thus taking the scale of battles to a new level by allowing us to participate in what we could almost define as kaijus fights . We do not yet know exactly how it will work, but we have already seen the witch call demonic beings of very different kinds to the battlefield, each with their own techniques and characteristics.

This system seems to recover the idea that PlatinumGames had with the canceled Scalebound of allowing us to fight in the company of a monstrously large being to perform combos and joint techniques that add a new layer of depth to the classic battles of the genre. In fact, the few scenarios that have been shown are far more extensive than in previous Bayonetta installments to allow these colossal creatures to have good skirmishes.

Unfortunately, this is almost all we know about the project, although its developers have promised to release more information shortly. What we do have already very clear is that Bayonetta 3 is very real and something tangible that aims to delight us with its frenzied action at some point in 2022 yet to be determined . Both Nintendo and PlatinumGames seem to be betting very strongly on this installment and it certainly shows that they intend to offer us the best and most ambitious game of the entire series. It will not be exactly an easy task, but of course, the studio has all our confidence and we do not doubt that, at the very least, they will know how to reward these long years of waiting with a fantastic adventure for any fan of the genre.