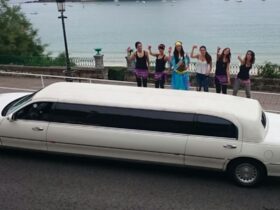 How To Choose the Best Limo Rental Service in Vancouver

The salary of an Uber driver depends on many factors, such as type of car, distance and the time the service is taken. The fact of the city where this means of transport is used is also an important fact.

At a time when we are hearing about massive cutbacks being made by major companies like Amazon, Meta and Twitter , one of the first exits for those entering the unemployment lines may be to become an Uber driver . Therefore, we are going to tell you how much money you can hope to earn in the remainder of the year.

According to official figures, around 25% of people looking for a job in the United States go to this type of job. And Uber is one of the companies that has gained the most popularity in recent times.

In the United States, an Uber driver can expect to earn between $40 and $50 per hour. Although you have to keep in mind that the more hours you work, the higher the salary will be. And it also influences if you work during the day, at night or in what area.

The city also has an impact, it is not the same to be an Uber driver in New York or in Atlanta. The more popular the city, the higher the salary they can expect. For example, being an Uber driver in a small town will earn a salary that does not exceed between $10 and $15 per hour.

Uber drivers are paid, like any other taxi, based entirely on the number of rides they book and complete. Being in an ideal location can greatly increase the salary.

Also keep in mind that Uber’s pay structure takes several variables into account: base fares, tips, and other incentives. According to Salary.com , the hourly income in New York is $37, in Chicago about $30, and in Miami you would earn $27 in these roles.

The authorized rate for a passenger will depend on the type of car you have, the distance, the inclusion of the base rate and the dynamics that are being carried out , such as the frequency and the references or number of stars that got a driver. It also increases its fares when demand is high, increasing the cost of each trip.