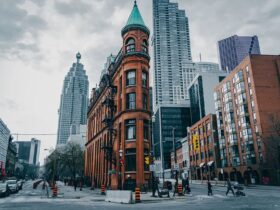 A California law that will be voted on next year could see wages for fast food workers in this state earn as much as $22.00 an hour, which would put their wages almost $7 above the state minimum wage.
A California law that will improve working conditions and wages for fast-food workers will be voted on next year, according to officials from the California secretary. If approved, the minimum wages for workers in this industry could be as high as $22.00 per hour.

However, as we discussed above, the law will be voted on next year, after a coalition of small business owners, corporations, restaurants and franchisees obtained enough signatures to oppose the new legislation in favor of workers.

The coalition, called Save Local Restaurants, as well as other opponents of the new Law, indicated that the increase in labor costs would result in an increase in food prices.
Matt Haller, president of the International Franchise Association, said this policy would drive up fast food prices and destroy local businesses and the jobs they create. This was reported by the portal The New York Times.

On the other hand, Gavin Newsom, Governor of California, indicated that this law could empower fast food restaurant workers, allowing them to establish fair wages, as well as health and safety measures necessary to carry out their work.

Mary Kay Henry, president of the Service Workers International Union, questioned the position of opponents of the law, noting that fast-food corporations were acting morally wrong.

“Instead of taking responsibility for making sure the workers who guarantee their profits have living wages and safe and healthy conditions, corporations continue to debase the fast food industry,” Mary Kay Henry said, according to The New York Times. .

Effective January 1, 2023, the minimum wage in the state of California was increased to $15.50 per hour.
If wages for California fast food workers rise to $22.00 an hour, they would be among the highest wages in the US for fast food workers.
According to the Bureau of Labor Statistics, wages for workers in the restaurant industry, for the year 2021, averaged approximately $12.53 per hour.