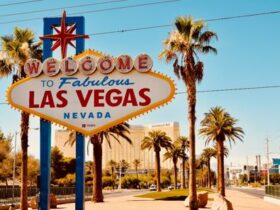 With a wide spread of people who have decided to quit their job, even going public, you might be emboldened to want to do the same; but before giving up, you should always think about other things

The “great resignation” that is being experienced in the United States is accompanied by a wave of people who expose on social networks how they left their job when circumstances reached their limit. This is where the error begins, because no one should leave their job just on impulse and exploding at things that could have been handled differently. That reflection of the alleged courage of some to abandon their source of income is a mirage. To prevent you from making what could be the worst mistake of your life, we want you to understand that before you even think about quitting, you need to have an emergency plan and implement a quit strategy.

There are many factors that cause a worker to want to leave their job, but what is a fact is that “the great resignation” reached a record number of 4.5 million people who left their job in November 2021. The issue is there . He speaks of a certain union of the labor force in the United States. The problem is that not many talk about how some of these people might be making a mistake.

If you have thought about the possibility of joining this wave of resignations, to avoid that you are one of those who regret it later, you should consider these factors beforehand to make a more conscious decision about it and determine if it is the best for you, your finances and your family.

1. Set limits
Before you get to the point of quitting, getting to the swear words, and even going public, one thing is a given: it could have been avoided. It is clear that for fear of being fired, many workers allow certain actions by their employers that are not good or healthy for them. They could even allow a type of labor trafficking that especially affects Latinos.

May fear not prevent you from putting limits on your work and your boss. It is valid that you talk to your boss and determine certain things that you are not willing to accept, such as messages about work after certain hours or on your days off. If your employer does not respond well to this situation, then it is better to look for another employment option.

2. Your health is important
Frustration is a gradual disease that only grows over time. For a worker to explode, as we said, he had to go through different situations in a certain period of time. Even if you’re not contemplating quitting, what you might do is take some form of therapy to help relieve your professional pressures. Having an emotional guide can help you make a decision for your well-being.

3. Save
I understand the anger at your employer, if there is any, but you must be mad at yourself if you don’t save enough before you quit. Experts suggest having between three and six months of monthly expenses saved for when you lose your job. Your savings is your safety net if you want to quit; without it, better not to do it.

4. Look for other opportunities
If after the above you are determined to quit, before making any move, you should look for and get another job or have a clear plan if you want to start a business. This is not only smart, it is the best way to move forward without remorse for your decisions.

The above recommendations are not intended to prevent you from quitting your job. The truth is that there are many abusive employers and it is good for workers to realize their true workforce. And if resignation is your form of manifestation, it’s great. Just look for what’s best for you.