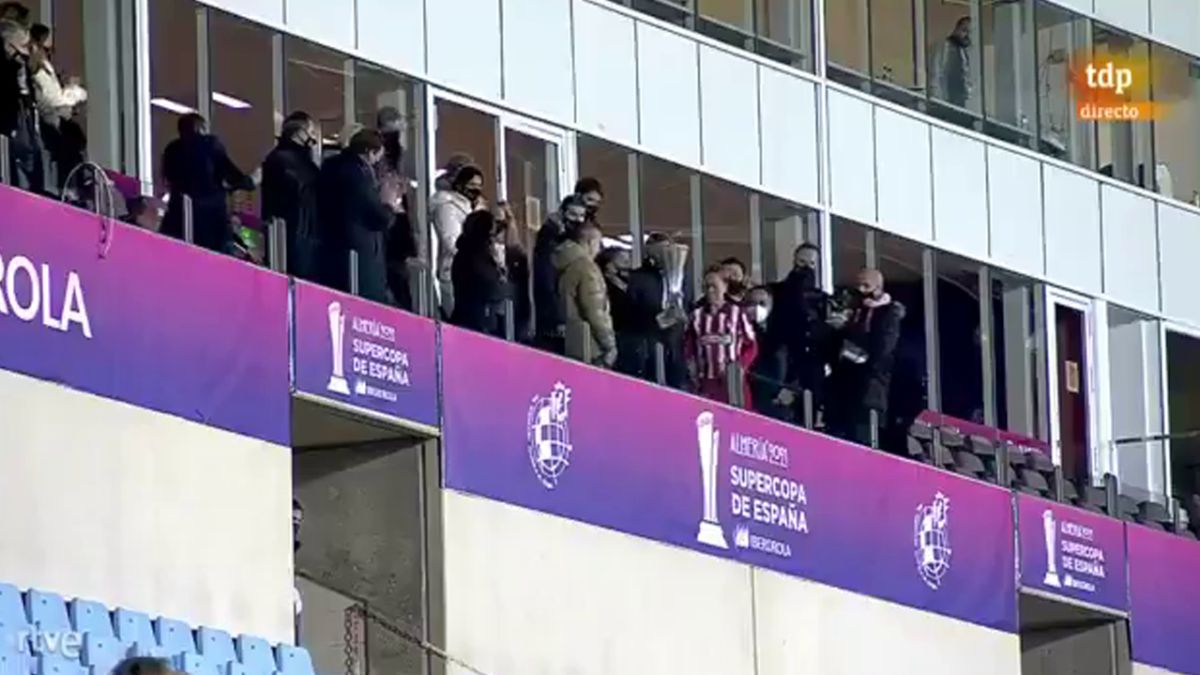 The historic and emotional gesture of Atleti when raising the Cup: he will receive the applause of the whole country

The numbers of coronavirus contagion in the country grow in alarming ways and, for this reason, local administrators have decided to take restrictive measures regarding the mobility of citizens: sectorized quarantines, curfews, and others. As it happened in the first quarter of 2020, when, in March, the general quarantine was declared throughout the country, once again one of the most affected sectors is the employment sector. Ángel Custodio Cabrera, Minister of Labor, assured, in an interview for El Tiempo that, in January, a new pothole is likely to be registered and that unemployment is, once again, one of the main problems at the beginning of the year.

“We are optimistic with the unemployment data that the Dane will present on the unemployment rate for December, which will drop to 13% now, These restrictions and quarantines are coming that will surely cause us to have another strong slump in January. Hopefully we can move forward as soon as possible “, Cabrera explained.

According to DANE figures, towards April 2020, more than five million Colombians lost their jobs because of the health emergency caused by the coronavirus pandemic.

Cabrera stated, in the middle of his interview with that Colombian media, that the attitude of the national government regarding the situation experienced by citizens who lost their ways of generating income was the most correct, to the extent possible, and taking into account the tools that they were in the hands of the state, “In general, it (the Government) took the measures it had to take to face the effects of the pandemic on employment. Proof of this is that the unemployment rate today is the same as it was a year ago. I can say, personally, that although we have not yet emerged from the pandemic, we have overcome it the strongest. We are going to continue with the momentum that we brought in 2019 ”.

According to the figures provided by Cabrera to El Tiempo, and to support his statements, from January to March 2020 formal employment had 9,552,000 jobs and, by October 2020, the figure, after dropping considerably, managed to recover and reaching 9,542,000, “this tells me that until that month, formal employment, compared to the beginning of 2020, was sustained, with a difference of about 10,000 jobs,” the minister stressed.

According to his observations, the head of that portfolio explained that what the crisis had left behind were lessons and had brought to light the situations to which he should pay more attention in the future, for example, the fragility of small and medium-sized enterprises, the wage gap, which showed that women were more affected than men in terms of unemployment, and the lack of opportunities for young workers.

To solve the situation, Cabrera stressed, he will need help from the chambers of commerce and strengthen the new entrepreneurship law.

“The world and in Colombia are talking about the need to review the issue of the care economy, which are two areas. One, the woman who takes care of the house and the children, while protecting her job; and the other is that of families who must also care for sick people or older adults ”, stressed the official.

Likewise, taking into account the gender and age gaps to acquire jobs in Colombia, Cabrera referred to the situation of informal workers in the country, of whom he said that, in the hands of local authorities, They are working to identify the number of people who are under informality. He reported that in cities like Cúcuta, Popayán and Barranquilla, they are conducting pilot tests of censuses, in order to organize and offer guarantees to that specific population of people who live from day to day or from ‘searching’.

“We are offering them alternatives based on approved tools, such as the solidarity economy decree, regarding, for example, to training in the organization of cooperatives, which is an issue that is being promoted, with the leadership of the Vice President of the Republic. Here we collect a part of the informal sector ”, he reported.