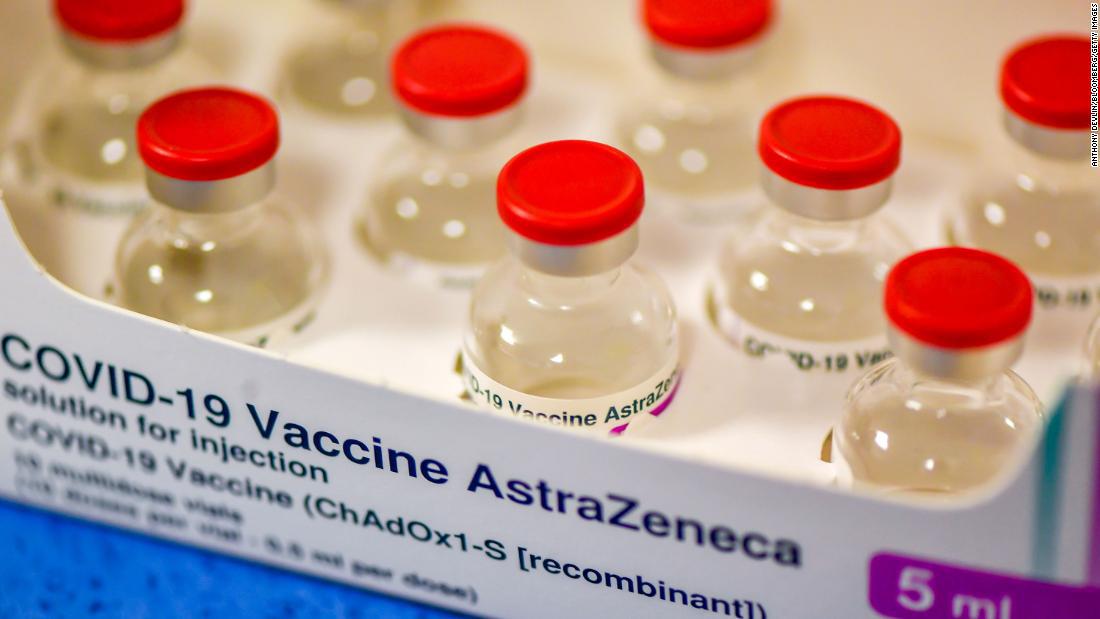 Pfizer and AstraZeneca receive Criticism for delays against Covid-19

The following is a look at the life of French President Emmanuel Macron.

Religion: Baptized Roman Catholic when he was 12, but is described by his spokesman as a “spiritual agnostic”.

At 39, Macron became the youngest president in French history.

Before being elected President of France, he had never held a popularly elected position.

Macron, a centrist, has said that his goal is not to lead people to the right or to the left, but to unite the French people.

During his time as economy minister, he pushed through the so-called “Macron Law,” which aimed to shake up the economy through labor reform. The measure had to be forced through the National Assembly with the help of a controversial parliamentary measure and led to several days of protest.

He worked on Francois Hollande’s presidential campaign in 2012.

Macron’s wife, Brigitte Trogneux, was his high school drama teacher. When Macron was 17, he claimed that he would eventually marry her, even though she was married with three children at the time.

August 26, 2014: He replaces Arnaud Montebourg as Minister of Economy, Industry and Digital Affairs.

2015: He is the main architect of an economic reform bill for growth, activity and equal opportunities. The law is known as the “Macron Law”.

August 30, 2016: Resignation of the post of Minister of Economy. When Macron announces his resignation, he suggests that he needs time to prepare for a presidential candidacy, stating: “I am determined to do everything possible so that our values, ideas and actions can transform France from next year.”

November 16, 2016: He officially declares that he is running for President of France.

November 2016: Macron’s book, “Révolution”, is published. He exposes his vision of France.

April 23, 2017: in the first round of the presidential elections, Macron receives more than 23% of the votes, and the far-right candidate Marine Le Pen barely reaches 22%.

May 5, 2017: Less than 48 hours before the second and final round of the presidential election, Macron is the victim of a “massive and coordinated hacking operation”, according to his campaign team. Some 14.5 gigabytes of emails, personal and business documents are posted on the text-sharing site, Pastebin, via links to more than 70,000 files. Officials from Macron’s party say the perpetrators of the hack mixed fake documents with authentic documents “to create confusion and misinformation.”

May 7, 2017: Macron defeats Le Pen with more than 66% of the vote and becomes the next president of France.

May 29, 2017: During a meeting with Russian President Vladimir Putin, Macron calls for an end to an alleged crackdown on gay men in Chechnya.

June 11, 2017: Macron’s party obtains the majority of the votes during the first round of the parliamentary elections, although with a low voter turnout. Less than 50% of people vote.

June 18, 2017: France is holding its second round of parliamentary elections and, with 97% of the voting results counted, Macron’s party is on course to win a decisive 300-seat majority.

June 23, 2017: Macron and former California Governor Arnold Schwarzenegger appear together in a video about climate change. In the clip, posted by Schwarzenegger on TwitterMacron says he and Schwarzenegger will “make the planet great again,” echoing US President Donald Trump’s campaign slogan.

July 3, 2017: a spokeswoman for the Paris prosecutor’s office says police foiled an assassination plot against Macron. Authorities say a 23-year-old man planned to attack Macron during a Bastille Day parade in Paris. The suspect, who describes himself as a right-wing nationalist, told investigators that he wanted to make a political statement. On the other hand, Macron delivers a speech before the legislators in which he promises to later lift the country’s state of emergency caused by terrorism.

April 25, 2018: speech at a joint meeting of Congress. Macron is pressing the United States to become more involved in global affairs and rejoin the Paris Climate Agreement.

December 10, 2018: Macron responds to weeks of violent protests in a televised speech saying the demonstrations have been “unacceptable” and “will not be condoned in any way”. He also proposes various social reforms, such as an increase in the minimum wage.

December 3, 2019: During a press conference at the NATO summit in London, Macron stands by his remarks, warning that Europe faces “NATO brain death” caused by US indifference to the transatlantic alliance. Trump called the comments “disgusting” and “insulting.” Macron’s forceful comments came after the Trump administration withdrew US forces from northern Syria in November, a move that dismayed European NATO members.

October 2, 2020: Speaking in Les Mureaux, a northwestern suburb of Paris, Macron says “Islam is a religion that is currently in crisis all over the world” and details a plan he hopes will fight “Islamic separatism.”

October 21, 2020: At a national event in memory of teacher Samuel Paty, who was beheaded in a terrorist attack in a northern Paris suburb after showing controversial Charlie Hebdo cartoons to his students during a lesson, Macron praises the teacher for having “a passion for knowledge.” France will continue to “love debates, reasonable arguments, we will love science and its controversies,” the president added. “We will not give up cartoons, drawings, even if others are backing down.”

December 17, 2020: Macron tests positive for coronavirus after experiencing symptoms and will self-isolate for a week, according to a statement from his office.

June 8, 2021: While speaking to the public during a visit to southeastern France, a man in a crowd slaps Macron, a video of the incident posted on social media shows. The man is later sentenced to four months in prison.

September 22, 2021: US President Joe Biden and Macron are speaking for the first time after a major diplomatic crisis erupted between the two longtime allies over a deal to equip Australia with nuclear-powered submarines. In their phone call, Biden and Macron agree to meet in person at the end of next month in Europe.