“Arrival of the apocalypse”, disappearance of people and death are the elements of a long and strange criminal investigation that has as protagonists Lori Vallow and Chad Daybell.

The bodies of the boy and the teenager were found at Daybell’s home last year.

The case generated great media attention due to the couple’s ties to apocalyptic beliefs.

Chad Daybell is an author who wrote several apocalyptic novels loosely based on Mormon religious teachings.

The couple is believed to have met through their involvement in a movement that promoted preparation for the end of the world.

Daybell is also charged with the murder of his ex-wife, Tammy Daybell, who died suddenly just a few weeks before she married Vallow.

Both entered prison last year and although they had previously been accused of hiding evidence, this Tuesday the first murder charges against them were announced.

The couple also face conspiracy charges among other charges, including theft and insurance fraud.

“We have reason to believe that the Daybells deliberately and knowingly conspired to commit the murder of three innocent people,” said Fremont County Attorney Lindsey Blake.

The couple appeared in court on Wednesday where they were informed of the charges against them. More hearings on the case are expected in June.

What are the accusations?

Almost a year after the bodies of the boy and the teenager were discovered on an Idaho property belonging to Daybell, justice announced the new charges against the couple.

Prosecutors say the two minors were last seen on different dates in September 2019.

Their grandparents reported them as missing in November, when police discovered they hadn’t been seen in weeks.

Authorities previously said her mother had given misleading answers to investigators’ questions and openly lied about her whereabouts before allegedly fleeing the state.

Lori Vallow, who also goes by the name Lori Daybell, was finally arrested in Hawaii in February 2020 for neglect of children and contempt after failing to meet the January deadline to hand her children over to authorities.

Daybell was arrested in Idaho after the bodies of the minors were found in one of their properties.

Tylee’s body was dismembered and burned, and Joshua’s was wrapped in black plastic and duct tape, according to the investigation.

Tylee is the result of Lori Vallow’s third marriage. She and her fourth husband, Charles Vallow, adopted Joshua.

The murder charges were announced coincidentally on the day Joshua would have turned 9.

In announcing the charges Tuesday, investigators said officers had spent “thousands of hours” “Seek the truth about these innocent victims” and blamed the pandemic for delaying the charges. 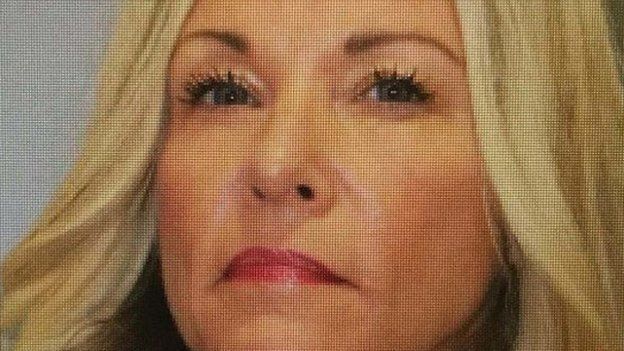 Relatives of Vallow, also known as Lori Daybell, said she was involved in religious beliefs from the coming of the apocalypse.

“I want to assure everyone that despite the delays, we have been working diligently to achieve justice for the victims in this case, to make sure we have the evidence we need to prove the facts in a court of law,” said Prosecutor Lindsey Blake .

What is known of the couple?

The case was always surrounded by speculation due to the couple’s beliefs and links to a series of suspicious or unexplained deaths.

Friends say that Lori Vallow had become a “Superfanántica” of Daybell’s books and that the couple appeared on a podcast in December 2018, according to US media reports.

She moved from Arizona to a city in Idaho where the author lived in late August 2019 after her then husband, Charles Vallow, was shot dead by his brother, Alex Cox, who said the death was in self-defense. .

Cox himself also died in December 2019, at age 51, of natural causes, as determined by a coroner.

Before Cox killed Charles Vallow, he had filed for divorce and expressed concern about his wife’s beliefs, claiming that she had “become infatuated, sometimes obsessively, by near-death experiences and spiritual visions.”

Lori married Chad Daybell in October, just two weeks after the death of his wife Tammy.

According to her obituary, Tammy Daybell died of natural causes, but the police later ordered her body exhumed.

The autopsy ended in February of this year. His family thanked the police in a statement issued Tuesday.

The cause of death of any of the victims has not been revealed, but the criminal prosecution says that the couple allegedly justified their crimes using their religious beliefs.

The couple have previously denied all charges against them.

Attorneys for Vallow and Daybell did not immediately respond to a request for comment following Wednesday’s hearing where they were briefed on the murder charges.

If convicted, they could face life in prison or the death penalty. Idaho prosecutors have 60 days to decide whether to seek capital punishment, NBC reported.