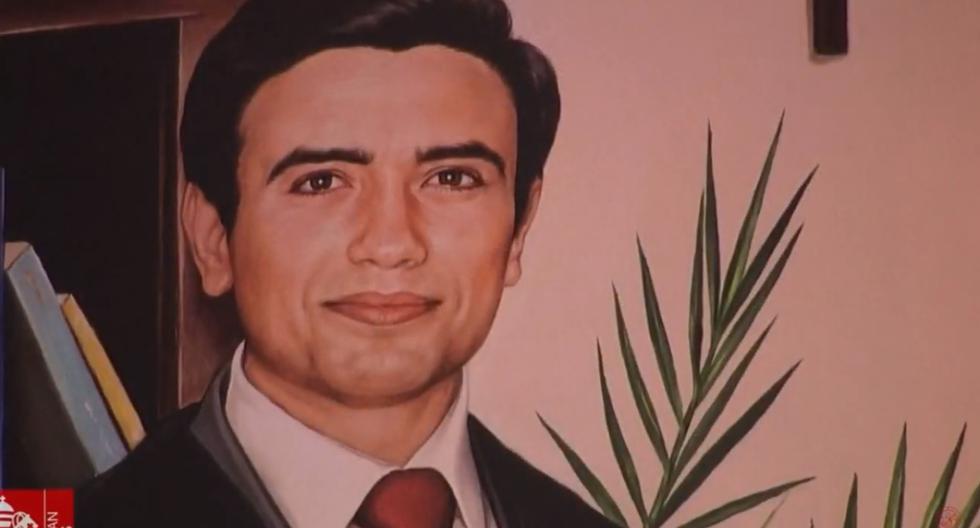 Rosario Livatino, the judge murdered by Cosa Nostra who was beatified in Italy

It was 2014 when Margarita Guerra met her current husband, Brayan Alexis Fernández. She remembers that the first time she saw him, he immediately caught her attention, but she never imagined the hard moments that destiny had in store for them. Who thinks of the bad when she is falling in love?

Back then, Brayan was 22 years old, he was a outstanding footballer of the Leones club, from Itagüí (Antioquia, Colombia), and was advancing the procedures to enter European football. A good game, I would say one or the other!

She was not far behind. He was also in the prime of youth, as they say colloquially, and he was an executive in one of the largest companies of the Grupo Empresarial Antioqueño.

On their first date there was magic and since then they have never been apart. But it would be the obstacles of life that would strengthen their relationship.

The day everything changed

It was the beginning of 2014 and the romance was going ‘from strength to strength’. They not only shared time together, but also dreams and illusions. However, one day a piece of news was consummated that changed everything.

“We were very close and we had a very quiet courtship until doping,” recalls Margarita.

Refers to a two-year sanction that Dimayor imposed on Brayan after testing positive in an anti-doping control. The exam, and its subsequent result, had been done at the end of 2013, after a match. The sanction came in March 2014.

Despite being scorer in Leones, the club fired him the day after the penalty was known, according to Margarita. They did not give Brayan further explanations, they only knew that they had found octopamine in his body.

“He was left very unprotected. It was very hard for me to see him like this because he already had a pre-contract for Europe, for Bulgaria. And from one second to the next he was left with nothing. He had no money, he had absolutely no recourse,” the woman related.

Many doors were closed and signs were not lacking, but Margarita was always there.

“I decided to help him, because Brayan always kept telling me that he had never taken anything, not even a pill. He told me that it was very strange that he got doping when he had been tested all year long and had come back negative. Even after the test that came out positive they did another one and it also came out negative”, she assured.

At that time, they had been in a relationship for eight months and together they started a legal battle to prove Brayan’s innocence.

“The beauty and the messenger”

Unable to play football, which was what he knew how to do, Brayan needed to find a way to survive and pay the lawyers for his defense against the Dimayor.

“I saw him very determined to fight for his innocence and to get ahead. I asked him what he knew how to do and, since he only knew how to play soccer, I bought him a motorcycle and organized an almost perfect resume for him, so he was hired as delivery courier”, tells Margarita.

I present to you the Brayan Fernandez who made me fall in love and married, my messenger! 🏍⚽️
Today I got these “gallery memories”.
Remember almost 2 years giving everything of you, while you paid an unfair penalty and proved innocence!
if I admire you? HOW NOT TO DO IT👊🏻😍 @ brayanfergol9 pic.twitter.com/OX9j7fjIZ6

She was no longer the girlfriend of a goal scorer. Now he went out with a messenger who spent his days getting up very early to get to work: delivering packages from six in the morning to one in the afternoon. A man who worked in the hot sun or the stormy rain to obtain a minimum salary.

But she did not see it that way, quite the contrary. Margarita contemplated the person behind the white and red uniform with reflective tapes, “a warrior who continued with his forehead high,” but, above all, she saw a kind, sincere and optimistic human being, wanting to take over the world.

“I saw that he was a very strong and very dedicated person. I said: ‘if in adversity he is able to get ahead with the best attitude, that is what one needs, a boar man with good intentions’. There I began to admire him a lot and there my love took hold”, she recalled.

2 years had passed (it was already 2016) and they were in debt: the innocence of Brayan turned out to be difficult and expensive, in the first place because no one knew anything about the octopamine and, secondly, because toxicological research and the work of lawyers was expensive.

“Everything was like this: millions and millions, and I took out and took out money. Really Brayan had no where, then, as I had more financial life, because I was the one who got into debt at the bank.” Margarita said.

That situation led to some uncomfortable comments: How was it possible that she, being a professional and an executive, helped Brayan with her eyes closed?

“At first people said to me: ‘Are you really helping him and are you getting into debt for him?’, But he was very judicious in everything. In other words, he earned a minimum, but everything, practically, he gave it to me to contribute to the debt. I was very proud of him,” confesses Margarita with the greatest satisfaction.

So they got married civilly in 2016. There were no ‘hypes or cymbals’, just two people who loved each other and who decided to swear to be for each other through thick and thin, in health and in sickness, in wealth and poverty. Something that without the need for judges or witnesses they had already been doing for a long time.

At that time, their life together was summed up in working and looking for a way to show that the penalty from Brayan had been unfair.

Margarita always believed in it and stood firm not only appropriated the expenses, she also dedicated her free time to researching octopamine and sports law. It was clear to him that the sanction was not just a problem of Brayan, it was an issue that they had to solve together.

“Seeing all that integrity also encouraged me to help him and I got on with that case, to learn a lot about sports law, doping, how the processes were carried out and we managed to move it forward.”

Thanks to a research who paid discovered that “octopamine was produced by some foods such as chocolates, citrus fruits, bitter orange and tomatoes. In addition, it was also produced by the body, that is, it is a substance like dopamine and adrenaline, but it came out in a low amount for him, ”explained Margarita.

Once they knew that information, they looked for lawyers to represent their case before Dimayor. They even reached higher levels: the Court of Sport Arbitration (TAS), an international body, based in Switzerland, which resolves disputes related to sport.

Although they showed that octopamine does not contribute to athletic performance, Brayan had to comply with the disqualification that was imposed, due to expiration of terms. According to Dimayor, the soccer player did not defend himself when he should have.

That was why he worked for a year and a half as a courier. But since he was clear that one day he would play as a professional again, he trained with Acolfutpro until four in the afternoon and, at night, a technician in business Administration, from six in the afternoon to ten at night.

“He has been a person with impressive tenacity, he knew that it was almost impossible to go back to football because everyone had already told him. Even, because debuting in A with 25 is almost impossible, but he did it”, she remembered proudly.

Although it was a difficult time, they did not lack love or hope and whenever they could, they shared one or another plan together.

“Honestly, there weren’t many activities to do due to economic impossibility, but we always did things like eat an ice cream or something cheap on the street”, counted Margarita.

The rainbow at the end of the storm

For the couple that time was a great lesson in humility, especially for Brayan, because, among other things, he was a bit uncomfortable that Margarita was responsible for the accounts.

“He was sorry, but he always told me that one day things were going to change. Even when we got married, he told me not to underestimate him because he could handle me. So his attitude was always too ambitious, too strong, I never saw him defeated ”, she assured.

Thanks to that perseverance, things gradually improved. Months before the disability ended, he was called again from Lions and started training, but finally signed a contract with Cortuluá and, in 2017, he returned to the courts.

Brayan currently plays for Atlético Bucaramanga and remains happily married to Margarita. Together they managed to find the answers they needed and, although legally they did not, they do consider that they proved their innocence.

Although they are still paying debts, today they are grateful for “that test that God put in our lives, because it not only united us, but also made us stronger, humbler and happier.”

“We have a stable relationship because God has been present. We have always focused on building up to old people and thinking about how Jesus would act, that has been like the key to everything. We do not live thinking about luxuries, but only about growing as a couple and in the future as a family”, concluded Margarita.