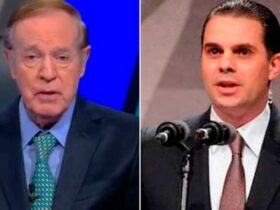 The first projections for the sowing of coarse grains 2022/2023 indicate that the soybean area would increase and that of corn would fall. The Rosario Stock Exchange estimates an area to be planted with the oilseed of 16.8 million hectares, versus the 16.1 million of the previous campaign. For corn, it projects 8 million hectares, versus 8.4 million in the 2021/2022 cycle.

For its part, the Buenos Aires Cereal Exchange calculated an area to be planted with corn at 7.5 million hectares. They are small differences for now, which will have to be confirmed or corrected according to the evolution of climatic and market factors.

The causes of the lower interest in the cereal would be associated with the increase in the price of fertilizers, which increase the cost of production, and the risk of facing soils without sufficient moisture to plant early crops due to La Niña.

In favor of soybeans, its lower implantation cost plays a role. However, not all producers take these arguments at face value. Those who are going to continue betting on the same area of ​​corn explain that, with trend yields, the crop that allows the highest turnover is grass.

“With 90 quintals per hectare of corn, a gross margin of more than US$1,000 per hectare could be achieved in our own fields with the term prices; with a soybean of 35 quintals you will never get to that”, compares a producer from Rojas, who for now will not withdraw the cereal from high production environments, although he monitors the weather forecasts weekly.

The farmer also includes second-class corn in his planting plan. He will implant it after burning a vetch used as a cover crop, which ensures a significant proportion of the nitrogen that the crop will consume. “If the late spring rains don’t fail, then I’ll blast it with the necessary nitrogen to complete the requirements,” he enthuses.

The businessman will also consider soybeans in the surface allocation. In addition to the lower cost, it has the advantage of later planting, which gives the possibility of emergence in a more ornate profile. However, he programs a defensive approach, which does not focus on short-cycle varieties, but rather on a diversified plan that can avoid climatic missiles with different planting dates and cultivars with different cycles.