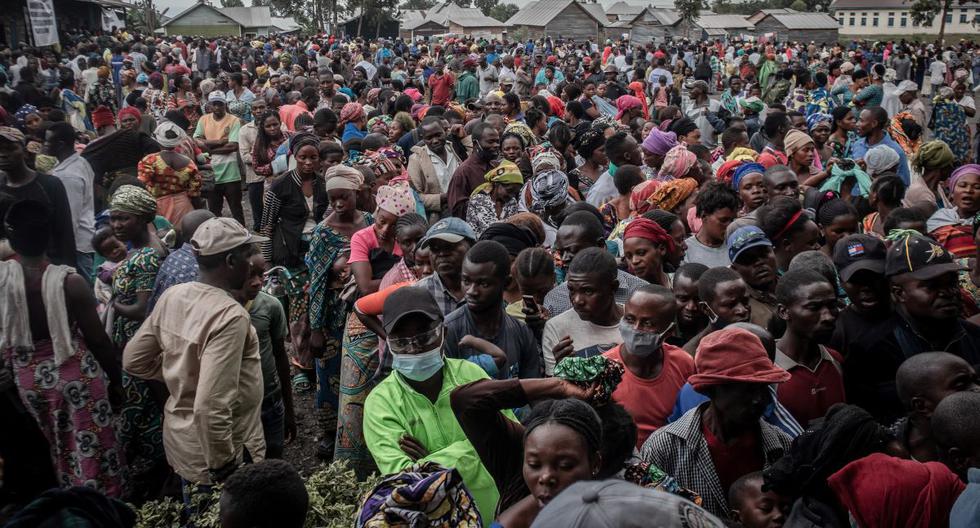 Kiev– Russia launched this Monday a wave of coordinated and deadly bombings against several cities in Ukraine, including the capital Kyiv, in retaliation for an explosion that partially destroyed the strategic Crimean bridge.

The biggest campaign of attacks across Ukraine in months, which left at least eight people dead in kyiv, coincided with a meeting of Russian President Vladimir Putin’s Security Council, called after the explosion at the Kerch bridge.

The Ukrainian military claimed that Russian forces had fired 75 missiles at cities across the country, in a series of attacks that included the use of Iranian drones launched from Belarus. The last bombardment against the Ukrainian capital dates back to the end of June.

“Massive attacks with long-range high-precision weapons were carried out against Ukraine’s energy, military and communications infrastructure,” Putin said at the start of the Security Council, according to television footage.

At the same time, the president of Belarus, Alexander Lukashenko, a close ally of Putin, accused Ukraine of preparing an attack against his country, for which he announced the deployment of joint troops with Russia.

‘They want the panic’

In a speech to the Nation, the Ukrainian president, Volodymyr Zelensky, said that this morning had been “difficult” and explained that the Russian forces had two objectives with their bombing.

“They want panic and chaos and they want to destroy our energy system,” the president said, announcing that Russian bombs had targeted cities like Dnipro and Zaporizhia, in the center of the country, and Lviv, in the west.

“The second target is the people,” he said, accusing the Russian military of launching the attacks with the aim of “causing as much damage as possible”.

“We were sleeping when we heard the first explosion. We woke up, went to see what was happening and then the second explosion happened,” Ksenia Ryazantseva, a 39-year-old language teacher, told AFP.

“We did not understand what was happening, well, we are at war,” she added.

Zelensky said he had spoken with the leaders of Germany and France and urged them to “increase the pressure” on Russia.

“We talked about the strengthening of our air defense, the need for a strong European and international reaction, as well as increasing pressure on the Russian Federation,” Zelensky wrote on Twitter.

The G7 leaders will discuss the situation in Ukraine on Tuesday, Berlin announced.

Britain called the attacks “unacceptable”, the European Union and Poland called them “war crimes” and France promised to increase military aid to kyiv.

In kyiv, police said at least five people were killed and a dozen others wounded.

Ukrainian authorities said the capital’s central Shevkenko district was hit and a university, museums and the philharmonic building were damaged.

An AFP journalist who was in the city said one of the shells landed near a children’s playground and smoke was billowing from a large crater.

Videos posted on social networks showed columns of black smoke over various areas of the capital.

no electricity or water

Lviv in western Ukraine, largely spared from the fighting to date, was also shelled, leaving part of the city without electricity or hot water, its mayor Andriy Sadovyi said.

Moldova said on Monday that Russian cruise missiles launched against Ukraine entered its airspace and summoned Moscow’s representative for explanations.

The wave of shelling, on a scale not seen in months, comes two days after an explosion partially destroyed the strategic Crimean bridge, an attack Moscow blamed on kyiv.

Putin on Sunday accused the Ukrainian secret services of having caused the powerful explosion that on Saturday partially destroyed the bridge connecting mainland Russia with the peninsula annexed in 2014, calling the incident a “terrorist act”.

Train and car traffic was interrupted for several hours after the incident that left three dead and was attributed to a truck bomb.

The explosion on the bridge, inaugurated by Putin in 2018 and a symbol of Crimea’s annexation, was seen as a further setback for Russia, which has lost ground in Ukraine in recent weeks.

The Ukrainian army and the kyiv special services (SBU) have neither confirmed nor denied their involvement in the explosion, and Zelensky only joked in a video that it was “cloudy” in Crimea on Saturday, a likely reference to smoke from the fire.