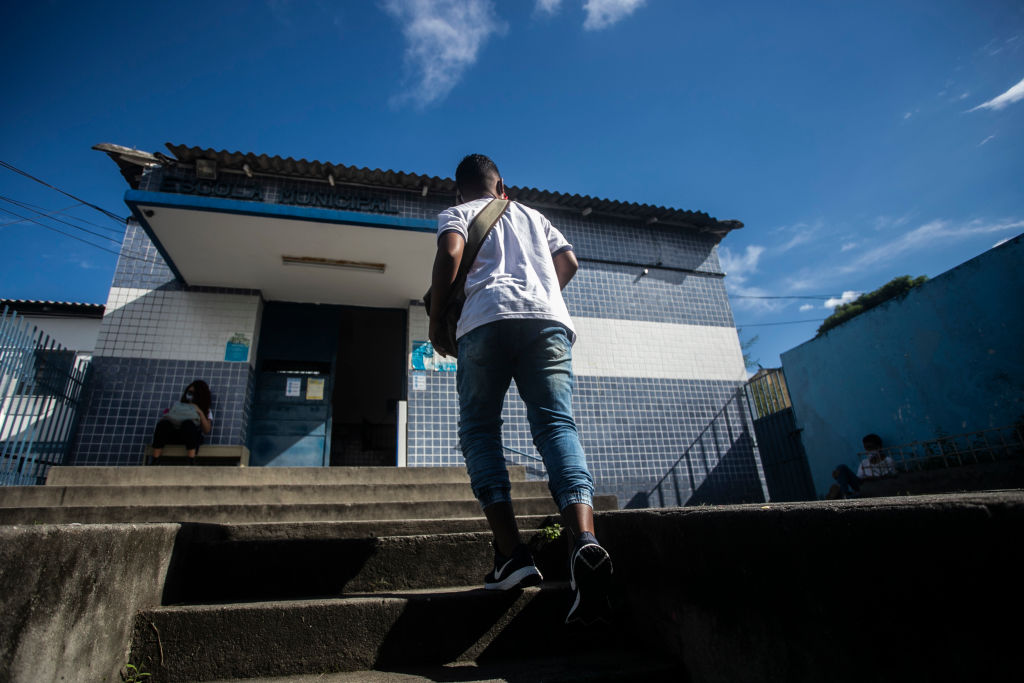 The crisis in Panama worsened on Wednesday with roadblocks that prevented the arrival of food to the capital, looting attempts and without an agreement between the government of Laurentino Cortizo and protesters to stop the demonstrations in exchange for measures against rising prices.

After more than two weeks of protests, the popular organizations that promote the demonstrations held a new meeting in Penonomé, 150 kilometers to the southwest, to refine details of the issues that they will negotiate with the government.

So far, they have agreed to discuss eight issues, in a dialogue process to which the Executive Branch would have to join.

According to the Catholic Church, which acts as a mediator, the organizations and unions have agreed to negotiate the reduction or freezing of the prices of the basic basket, fuel, energy, medicines, the investment of 6% of GDP in public education and the future of the system. state health.

They also demand to take measures against corruption, amid strong citizen criticism for the salaries of high-ranking officials and the waste of public resources.

The closure of highways, mainly on the Pan-American highway, which connects Panama with Costa Rica, and the main route for trade and transportation of goods in the country, has caused shortages.

Since the crisis began, business organizations estimate the losses at more than 500 million dollars.

To alleviate the situation, more than 200 trucks with food left this Wednesday from the western province of Chiriquí, the country’s breadbasket, to the capital, although their journey is complicated by blockades.

After speaking with the protesters “It has been possible for a humanitarian caravan to travel that must transfer agricultural production to the capital city”he pointed James Knightunion leader Suntracsone of the organizers of the protests.

Business associations calculate that the losses due to roadblocks have been around 500 million dollars in 10 days.

Demonstrators protest and cut traffic to demand the government of Laurentino Cortizo measures against rising prices. This is the biggest social crisis since the US invasion in 1989.

To calm things down, the ruler initially lowered the price of a gallon of gasoline (3.78 liters) from $5.20 to $3.95, but the measure was rejected. A rebate was then offered to $3.25, which is currently in effect.

Employers joined the unrest of the unions this Wednesday.

“It is urgent that the Executive, the Legislative and the Judiciary unceremoniously attack any act of corruption, put an end to privileges and the lack of transparency,” said the president of the Chamber of Commerce, Industries and Agriculture of Panama, Marcela Galindo.

According to the Police, there were also looting attempts in La Peatonal, a street of shops and businesses in the Panamanian capital, whose surveillance was reinforced.

Despite its dollarized economy, high figures for economic growth and income of more than 2,000 million dollars a year thanks to the Canal, Panama has one of the highest rates of inequality in the world.

To the east of the Panamanian capital, indigenous groups cut several sections of the Pan-American highway.

“We see the basic basket, the price that has skyrocketed, including medicines, fuel,” The indigenous Linares García told AFP, at a road block in the town of Pacora.

The rulers “More and more they continue to get rich, they continue to profit at the expense of the people, and the people are the ones who are going to suffer”declared Wilfredo Samudio, during a roadblock in an indigenous community of Bayano, also east of Panama City.

On Tuesday, more than 20 people were detained and seven policemen were injured after clashes in Santiago de Veraguas, 250 kilometers southwest of Panama City. There was tear gas, barricades and burning tires.

“Dialogue has to be carried out with respect, with signs of goodwill from everyone. Starting by opening the roads, guaranteeing the free circulation of citizens and the attention of basic needs”, Galindo added.