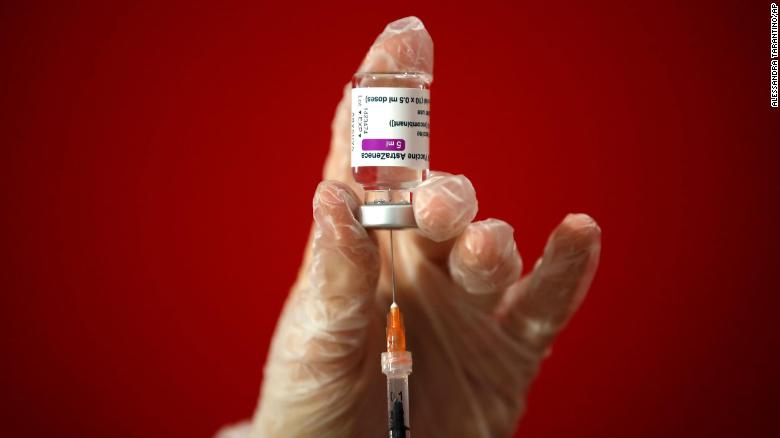 Mexico to distribute AstraZeneca vaccines to Latin America and the Caribbean

Former Pakistani Prime Minister Imran Khan says he took three bullets to his right leg from the shooting that wounded him last week.

Khan survived the shooting at a political rally in Gujranwala on Thursday, an incident his party called an attempted murder.

In an interview with CNN’s Becky Anderson on Monday, Khan said, “I had three bullets taken out of my right leg. The left one had some shrapnel that left it inside”.

Khan said his bone has been damaged and his leg is in a cast, adding that it will take four to six weeks for him to resume normal activity.

Speaking from his residence in Zaman Park, Lahore, Khan said he had information from intelligence agencies that the shooting that wounded him last week would take place.

Asked by Anderson on Monday what information he had been given about the incident and by whom, Khan said: “Remember, three and a half years I was in power. I have connections with intelligence agencies, the different agencies that operate. How did I get the information? From within the intelligence agencies. Why? Because most people are horrified by what is happening in this country.”

Last week, the Pakistani intelligence agency said it had communicated “about the threat” to Khan before the rally. “The organization had already made the federal government aware of the threat to the former prime minister, who had reported it to the Punjab provincial government,” Inter-Services Intelligence (ISI) said in a statement.

The ISI also said that Khan’s security was under the authority of the Punjab provincial government, which is run by Khan’s Pakistan Tehreek-e-Insaf (PTI) party.

Last Friday, Khan blamed establishment figures for a plot to kill him, a claim strongly denied by government and security officials.

“As the events unfolded, they are in that speech. How would this happen, how in the name of blasphemy would a religious fanatic kill me and blame him. This is all in my speech that I put on TV, it’s on social media,” he said in reference to a speech he gave on September 24, in which he said he described how the events of the shooting would unfold.

Asked about his critics’ suggestions that accusing the current government of carrying out the attack would help Khan return to office, he replied that he doesn’t “need any reason to accuse this government for me to return to power,” and He added that his Pakistan Tehreek-e-Insaf (PTI) party remains popular since its ouster in April.

“They tried everything to get me out of the way somehow. When that didn’t happen, this was planned,” she added.

One person was killed in Thursday’s attack that injured several others, while Khan was taken to a hospital in Lahore for treatment after the shooting. Speaking from the hospital on Friday, and without offering evidence, Khan blamed Prime Minister Shebaz Sharif, Interior Minister Rana Sanaullah and Maj. Gen. Faisal, who is a top intelligence official. CNN is contacting the three men for comment.

Pakistan’s Ministry of Information and Broadcasting denied Khan’s accusations against Sharif and Sanaullah in a press conference last week.

“Pakistan Army prides itself on being an extremely professional and well-disciplined organization with a strong and highly effective internal accountability system applicable across the board for illegal acts, if any, committed by uniformed personnel,” reads the notice.

“However, if the honor, safety and prestige of its bases are tarnished by vested interests through frivolous accusations, the institution will jealously protect its officers and soldiers no matter what,” he continued.

CNN reported on Monday that Khan wrote a letter to Pakistani President Arif Alvi saying that since Khan’s government was ousted from power in April, his party had faced “an escalating scale of false accusations, harassment, arrests and torture in custody”.

The letter, obtained by CNN from a source close to the former prime minister, is dated November 6, three days after Khan survived the shooting.