Norma was a working mother, Andrés “N”, the serial feminicide from Atizapán, confessed that he killed her

Confinement made organized crime resort to other methods of theft (Photo: Colprensa)

The crime incidence on the Mexico City it fell in February 2021 compared to the same month last year. For example, pedestrian robbery decreased 10.5%; robbery in Metrobús, fell 81.7%, as well as robbery in Metro, with 59.7 percent.

This was announced on Tuesday by the National Citizen Observatory (ONC) through the Victimization and Security Perception Survey in CDMX mayors (ENVA-CDMX 2020). Nevertheless, Francisco Rivas, president of the organization, warned that the delinquency in the capital of the country too has adapted to the pandemic of COVID-19 with other modalities, such as extortion and fraud.

It is true that the pandemic had an impact on the reduction of common crimes because limited mobility makes it difficult for certain crimes to be committed (…) In contrast, what we are seeing is an increase in extortion and fraud that seriously risk the capital of the capital 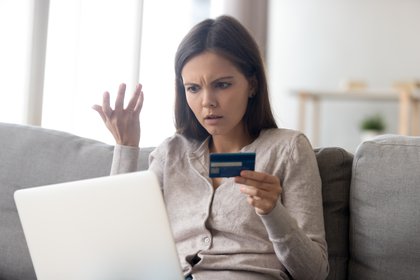 “If citizens are in their homes and today it is difficult to rob them, criminals are also moving to technology and they are the ones who are affecting citizens”he added during the presentation of the survey.

In this sense, fraud is the crime with the highest black figure in the city with 94.8 percent; this contrasts, for example, with total vehicle theft, which has the highest percentage of complaints: 53.5 percent. The 42.4% was on debit or credit cards and 34.1% for an undelivered product.

In the case of extortion, 87.7% was given by telephone, while only 4.8% occurred on the street and 2.4% in the flat payment modality. 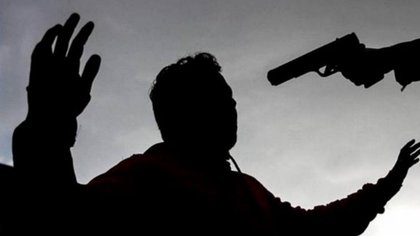 Other data to highlight is that, during 2020, 53.8% of households reported that at least one of their members suffered a crime. However, 81.1% of the people did not report, while 11.5% of the complainants did go to report to the authorities, but were denied the opening of an investigation folder.

This means that 92.6% of crimes in Mexico City were black and only 7.4% were reported and an investigation folder was opened in this regard.

Finally, the 88.9% of the population of Mexico City feel unsafe. 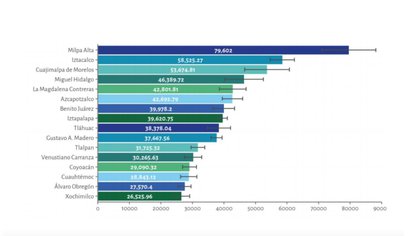 Milpa Alta, ruled by the morenista Octavio Rivero, record 79, 602 offenses estimated by the ENVA-CDMX 2020, which places it as the leading demarcation in this department in the city. In second place is Iztacalco, from also a morenista Armando Quintero, with 58, 525 offenses and in third place is Cuajimalpa, from the PRI Adrián Ruvalcaba, with 53, 674.