Mexico almost 185,000 deaths from coronavirus one year after the first case was detected

The National Meteorological Service (SMN) had already warned. The rains this Sunday, May 9 in the Mexico state they would be very strong; and although there were severe floods in various parts of the state, such as Toluca, Lerma or San Mateo Atenco, the worst part was taken by the municipality of Metepec.

Through social networks, residents of the demarcation shared shocking images of the damage caused by the intense rainfall. For a few hours, the streets of Metepec they reminded those of Venice, as they were transformed into water channels through which it was impossible to walk.

In one of the scenes that went viral on Twitter, you can see how the parking lot of the “Vida Nueva” church, in the Michoacan neighborhood, it became a large pool. As a result, the cars on the ground were left floating in the pond.

In another of the images, it is observed how firefighters had to rescue a family who got trapped in her vehicle in the Pino Suárez road, in front of Galerías Metepec. The adult and the two minors got out of the car and climbed on the roof so that the water level would not reach them.

In addition, dozens of trees fell, numerous private homes were flooded, and damage to structures was reported.

Through a statement, the Metepec City Council indicated that the floods are a consequence of the tons of waste that are thrown in the streets and prevent the filtration of the drains, and also, irregular works undertaken by previous administrations. What’s more, pointed to the government of Alfredo del Mazo for neglecting the maintenance of roads that are under state jurisdiction.

“Irregular construction permits overlapped by previous administrations, garbage, neglect of the state for the cleaning of flows in municipalities in the upper parts of Nevado de Toluca, and atypical rain registered this Sunday, they collapsed the municipality of Metepec, that despite the permanent de-silting actions by the City Council, they caused flooding in some key points of the demarcation ”, the corporation began.

“It should be noted that the municipal government, from the beginning of the contingency, has been dealing with damages on roads and places of state jurisdiction,” he emphasized. 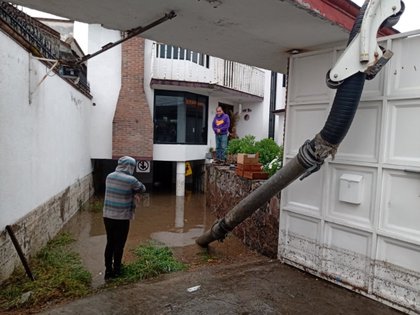 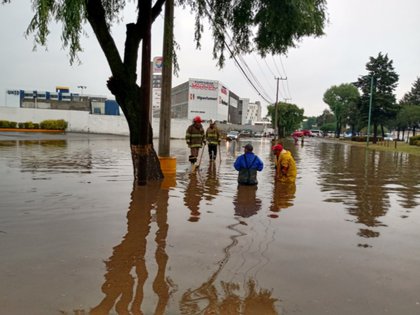 According to the City Council report, some of the roads most affected by the meteorological contingency were the Paseo Tollocan, the Tecnológico avenues, Pino Suárez, the Metropolitan Circuit, and the South Bypass, where serious flooding occurred.

In addition, a flood was also recorded in the collector located on the road Sor Juana Ines De La Cruz, in two segments corresponding to the Toluca-Tenango road; a stretch that historically overflows.

“This is derived from the fact that, during the construction of said hydraulic work, the existing sandblasting structure and the bad design of the collector were eliminated,” added the municipal body. 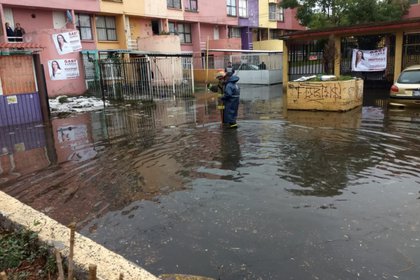 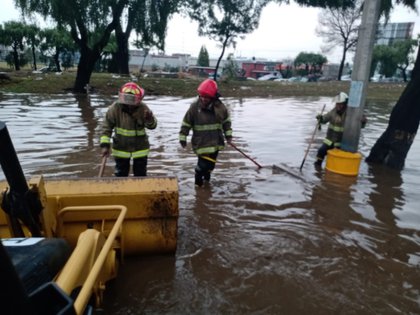 From 2:00 p.m. on Sunday, at which time the rains and the hail storm that shook Metepec began, elements of Civil Protection and Firefighters, Public Safety and Traffic Directorate, as well as workers from the municipal units of Public Services , and the Public Decentralized Agency for Drinking Water, Sewerage and Sanitation (OPDAPAS), coordinated to attend to citizen reports.

“Removal of trees and branches to the ground, cleaning grates and drains to lower the water level in flooded places, roads and traffic, is the priority objective of the municipality to inhibit the negative effects of rainfall,” added the City Council.

According to the National Meteorological Service (SMN), for this Monday, May 10, heavy rainfall is expected again in the entity, which will leave accumulations of between 25 and 50 liters per square meter. These could be accompanied by hail and thunderstorms.