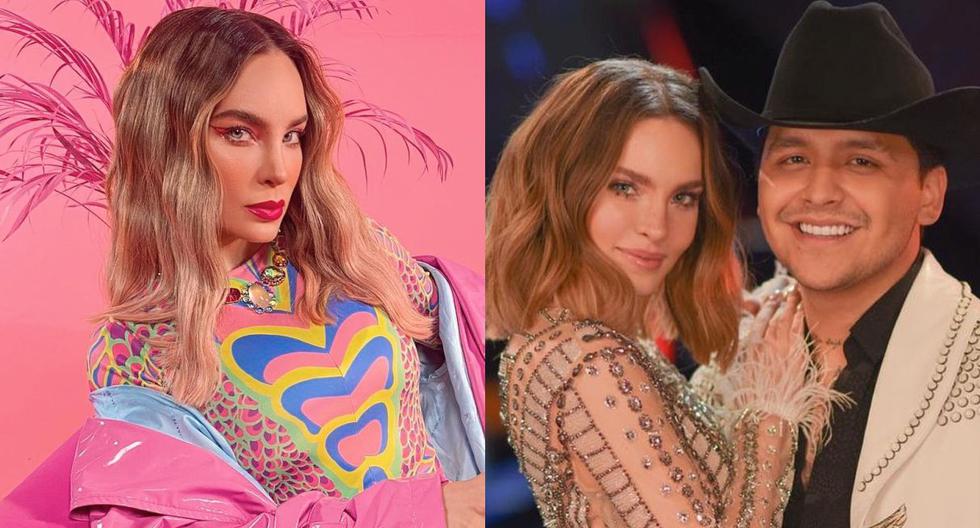 Belinda breaks the silence after breaking up with Christian Nodal: “Inevitably it hurts a lot”

President Andrés Manuel López Obrador proposed on Wednesday the until now Secretary of Finance and Public Credit, Arturo Herrera, to be the new governor of the Bank of Mexico.

In his official Twitter account, López Obrador said that Herrera and who will replace him in the secretariat, Rogelio Ramírez de la O, are good economists with whom Mexico aspires to maintain macroeconomic stability.

The Senate still needs to approve Herrera’s appointment, where the ruling party has a majority.

The applications generated conflicting positions among representatives of the business sector, analysts and opponents in Mexico.

The Employers’ Confederation of the Mexican Republic (COPARMEX) stated that Herrera’s application “generates certainty” and is positive due to his experience and capacity for dialogue within and outside the country, but insisted that it is necessary to “strengthen the autonomy” of the central bank, since trust in that institution depends on that.

Likewise, COPARMEX said in a statement on Wednesday that it expects Ramírez de la O to maintain the policies of his predecessor of openness to dialogue and willingness to build agreements with the business sector.

Former President Felipe Calderón, an opponent of López Obrador, praised the ads and said on Twitter that they represent a “positive sign for economic stability.”

Analysts highlighted Herrera’s academic and work background, but questioned his inexperience in monetary policy and his close relationship with the Mexican president, which they considered could affect the autonomy of the Bank of Mexico.

López Obrador announced a few days ago that he was not going to propose the renewal of Alejandro Díaz de León at the head of the central bank, with whom he has disagreed on different measures, especially since the pandemic began. His term ends in December.

Now he wanted to send a message of tranquility to the markets by advancing the name of his candidate. “That there is no nervousness, that there is no uncertainty, that this change is carried out in an orderly manner,” he said.

As he explained, with “Arturo, a professional in the field, and Rogelio, a doctor in economics graduated from UNAM and Cambridge, we will continue to act responsibly, without indebting the country, not spending more than what comes into the treasury, with austerity and honesty ”.

Herrera has held various positions in the World Bank and in private and investment banking, and is a man of confidence of the president, with whom he has worked since López Obrador was mayor of the capital (2000-2005).

He took over the Ministry of Finance when his former head, Carlos Urzúa, abruptly resigned in mid-2019 after showing a clear distancing from the executive.

Urzúa criticized then that the government made decisions “without sufficient support” and made appointments of untrained people and with conflicts of interest, something that he considered “unacceptable.”

However, Herrera assured that it is not the president who makes the decisions at Banco de México but its governing board, and that he is “very clear” about the importance of defending the institution’s autonomy.

“One of the most important issues … of macroeconomic and financial stability is the unrestricted respect of the autonomy of the Bank of Mexico,” he said in an interview with WRadio shortly after the announcement.

Herrera also recalled that other economists who have been governors of the central bank also left the ranks of the current executive and that their independence was not questioned for that reason.

The future Secretary of the Treasury is also a former collaborator of the Mexican president.

López Obrador stressed that the announced changes will serve to maintain the commitment not to raise taxes or the price of gasoline, gas or electricity. “In the destination of the budget, first the poor,” he said.

The economic crisis hit Latin America during the pandemic and Mexico was no exception, with a severe recession and job losses that gradually began to recover.

According to the International Monetary Fund, the regional slowdown in 2020 was 7%, the largest contraction in its history, and Mexico fell by 8.2% in 2020. Looking ahead, the IMF estimates that the country will have a growth of 5 % in 2021 and 3% the following year.