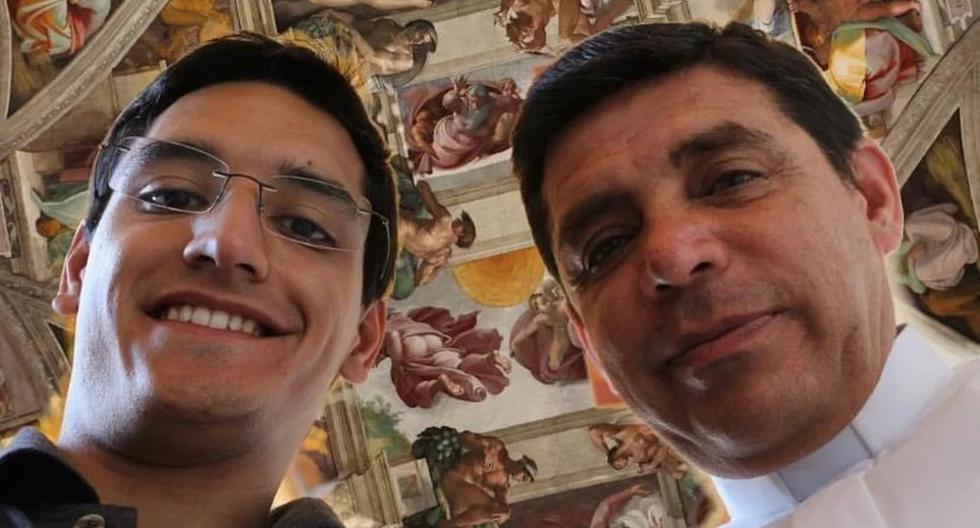 Mexico: priest sentenced to 27 years in prison for the murder of young seminarian Leonardo Avendaño

According to the federal corporation, these tasks were in Jalisco and Oaxaca, by safeguarding the integrity of various species, including protected and in danger of extinction.

As part of patrols along the southeast coast, members of the National Guard were monitoring surroundings of Salina Cruz when they realized that a box contained an armadillo and at least seven tethered iguanas.

The GN channeled these species to the environmental authorities.

“When conducting safety tours in Salina Cruz beaches, Oaxaca, we located seven iguanas and an armadillo that were tied up inside a cardboard box and left on the sand. With these actions, we contribute to protect wildlife, “the federal agency said in a brief statement.

Moreover, they were rescued seven snakes and five specimens of a protected reptile by the Ministry of Environment and Natural Resources (Semarnat), because it is endemic to Mexico.

“As a result of the commitment to the conservation of species, in a parcel company in Tlaquepaque, Jalisco, we rescued five good constrictor, a chirrionera, a tilcuate and five lizards terrestrial pliers, species protected by environmental authorities ”, highlighted the GN.

Alicante lizards are not poisonous and are protected by law.

During the course of recent February 19, agents from Mexico City went to the Claudio Alcocer street from the colony San Sebastián Teconoxtitlán, Iztapalapa mayor’s office. There was the corpse of an African lion, covered in lime.

Three weeks ago, the General Prosecutor of the Republic and the National Guard they seized 39 crocodiles that were in a cooler, in addition to eight turtles wrapped in socks and of the chameleons that were transported in plastic containers.

According to the FGR, Ministerial elements of Villaflores, Chiapas, were alerted through a citizen complaint about the transport of crocodiles, for which, the agents went to a taxi base of the municipality where they located the specimens called alligators or crocodiles that were crammed into a styrofoam cooler with water.

While, the National Guard rescued two chameleons at the Querétaro Intercontinental Airport, which were found with the support of canine pairs when being transported in plastic containers, through a parcel company.

The iguanas were in a cardboard box on the beach.

Chameleons featured noticeable overcrowding and physical deterioration, indicated the federal agency. These specimens were rescued when a canine trained to detect narcotics, firearms and money, made a positive mark on a cardboard box from Celaya, Guanajuato and bound for Monterrey, Nuevo León.

During the day of January 30, the same National Guard seized eight turtles crowded and wrapped in socks. Due to the lack of documentation to prove his legal acquisition and transfer at the San Luis Potosí international airport, the members of the federal corporation saved these animals that came from Solidaridad, Quintana Roo and were destined for San Juan del Río, Querétaro.

According to the Semarnat, the illegal animal trafficking has a direct and irreversible impact on biodiversity, causing a great population decline of species with high commercial value.

Between the species most trafficked in Mexico are the macaws, parrots, toucans, orchids, cacti, monkeys, ocelots, tarantulas and reptiles.

The snakes were insured in a Tlaquepaque parcel company.

According to the Regulation of the General Wildlife Law, in Mexico it is possible to have an exotic animal as a pet, provided they are not endangered species, do not represent physical risks and that the specimen can live in a domestic environment without danger to its owners.

However, it is the Semarnat is in charge of issuing authorizations for the possession of exotic specimens of wild fauna as a pet or companion animal. Among the required documents are the owner’s data, as well as the specimen, the information where the animal is, and reports on the care required.

Further, the individual must present documentation that proves that the specimen has a legal origin. The environmental authority adds that It is not possible to walk with these pets, as handling should only be carried out in confined conditions to avoid negative effects on biological and ecological processes.

Earthquake in Mexico: 1.6 million users without electricity in five states after the powerful earthquake