The president of Mexico, Andrés Manuel López Obrador (AMLO), accepted this Friday that there are more than three cartels of the drug trafficking in his country. The president ruled out that new criminal groups have emerged so far in his term.

“Yes, of course (there are more than three), and it is not that there is no State”, asserted the president during his morning press conference from the National Palace, after on Thursday, in the presentation of his government report for the three years of his electoral victory, he cited only the existence of three cartels.

AMLO insisted that these groups were “inheritance” from other governments by reiterating that “The Sinaloa Cartel did not emerge two and a half years ago, the Jalisco Nueva Generación, neither, the Santa Rosa de Lima, the Gulf Cartel, and so on.”

The president accepted that there are clashes between these groups, although he assured that these occur only in some states of the country.

We appreciate the people’s trust; We will never betray it. Morning conference. https://t.co/ZraIITmGUN

“It has to do with states with more violence, although there are states where cartels operate and there are not as many homicides because they are not fighting each other.” He insisted.

He explained that there are currently clashes between cartels in the northern state of Zacatecas and that, for example, in Sinaloa (the birthplace of Joaquín “el Chapo” Guzmán and other big bosses) there are none.

This Thursday, the president said in his report: “The gangs were already integrated, the criminal groups when we arrived, I do not believe that new groups have been created in these two and a half years, it is the Jalisco or Pacific cartel or the Guanajuato cartel, those that already existed, those that we are facing by not declaring them war”.

These statements aroused much criticism among those who accused him of being imprecise and of minimizing the problem.

According to press reports, in Mexico Between 15 and twenty criminal gangs operate, among the most important are the Sinaloa Cartel, especially in the Mexican Pacific area, Jalisco Nueva Generación, which dominates much of the country, the Gulf and Santa Rosa de Lima, among others.

In addition to the Juárez Cartel, the Beltrán Leyva, the Zetas, the Michoacan Family, La Unión Tepito and Anti-Unión Tepito, the latter two that dominate in Mexico City, and other groups with less presence in the national territory, although that does not limits its violence and drug trafficking to different parts of the country.

The president reiterated that “there is governance in the country” and stressed that they are making an effort to confront these criminal groups although he clarified that “the strategy is being changed”.

He affirmed that the permanence of these groups is due to several factors, among them, the abandonment of the people, the fact that the politicians were dedicated to stealing, the criminal association between criminals and authorities; since electoral fraud was allowed so that criminals could dominate certain regions.

For this reason, he said, his Government is fighting to “that there is a dividing line, that there is no impunity, that there are no public servants at the service of crime”. 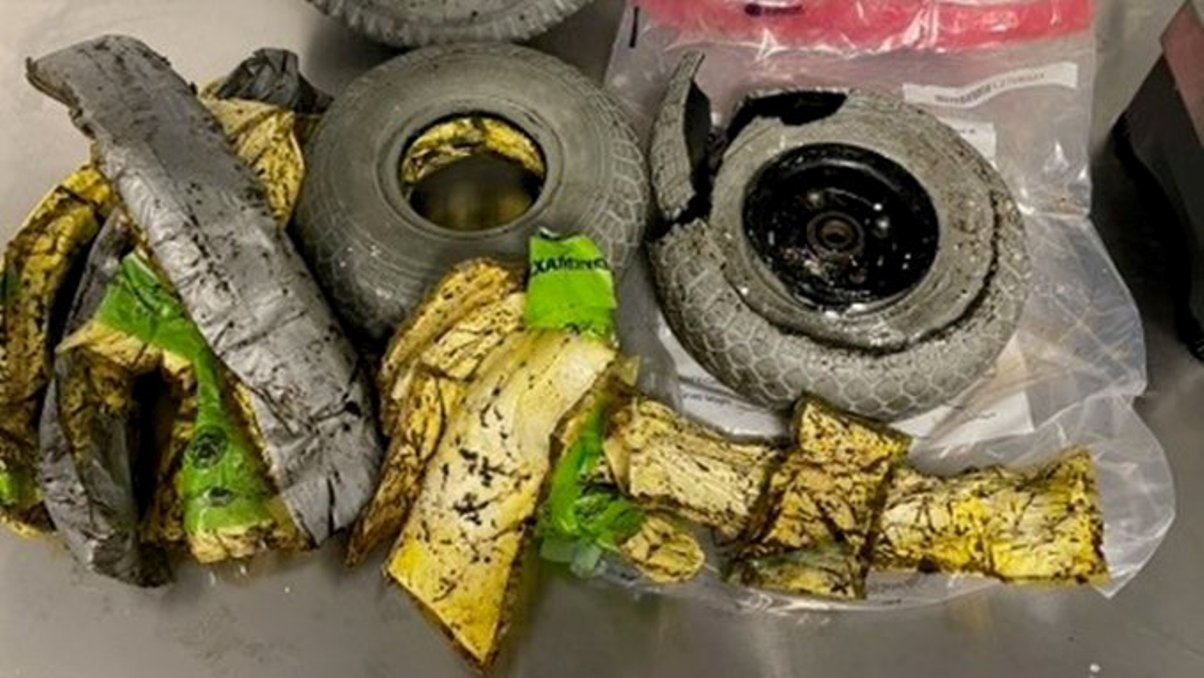 Hispanic trafficked cocaine from the Dominican Republic hidden in her wheelchair: arrest at JFK airport in New York