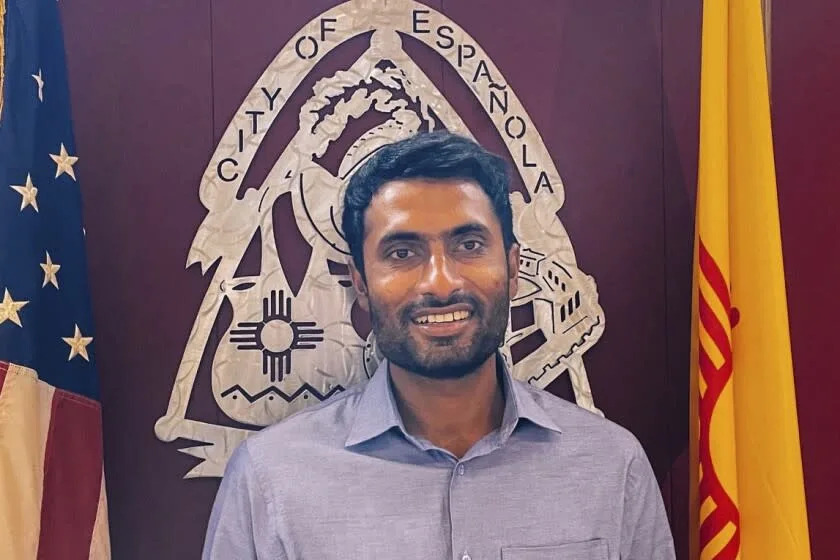 Afghan charged with murder of 2 Muslims in N. Mexico

One of Japan’s most famous designers, Issey Miyake, died on August 5, AFP has learned. Survivor of the Hiroshima bomb, he began his career in France, before becoming an international fashion star which he greatly contributed to innovating, in particular by using new materials.

Japanese fashion designer Issey Miyake, whose career spanned more than half a century, died at the age of 84, an employee at his office in Tokyo told AFP on Tuesday August 9. in Japan.

“He died on the evening of August 5,” she said over the phone, declining to be named and without giving further details of his death. The Japanese public television channel also announced his death.

Preferring to define himself as a “clothing manufacturer” rather than a stylist, he was part of the wave of young Japanese designers who brought a breath of fresh air to Parisian haute couture from the 1970s.

He is particularly known for having made clothes made of a single piece of fabric (“A-POC, A Piece Of Cloth”), without seams, thus optimizing movement, fluidity and comfort. His “Pleats Please” line, perfecting the pleating technique to make clothes wrinkle-resistant, also made an impression.

Launched from 2010, its line of geometric and embossed bags “Bao Bao” has further reinforced its aura. Issey Miyake was also the official supplier of the famous black turtleneck sweaters to Steve Jobs, the co-founder and former boss of Apple.

A survivor of the Hiroshima massacre

Born on April 22, 1938 in Hiroshima (western Japan), Issey Miyake was seven years old on August 6, 1945 when the United States dropped the first atomic bomb in history on his hometown, killing 140,000 people and traumatizing them for life. the survivors.

“When I close my eyes I still see things that no one should ever experience: a blinding red light, the black cloud shortly after, people running in all directions desperately trying to escape – I remember all that”, he had testified in 2009 to plead in favor of nuclear disarmament.

His mother died three years after the end of the Second World War from radiation caused by the bomb. And he himself endured great physical suffering which handicapped his walk. But for a long time, Issey Miyake had avoided talking about his experience as a survivor of Hiroshima, for fear of being cataloged as such or of appearing “pathetic”.

He preferred “to think of things that can be created and not destroyed, and which bring beauty and joy”, before realizing belatedly that he had “a personal and moral responsibility” to also express himself on this theme. sore.

Technical innovation at the service of fashion

Barely graduated from the Tama University of Fine Arts in Tokyo, Issey Miyake moved to Paris in 1965 and studied at the school of the Chambre Syndicale de la Couture Parisienne.

He first worked as an apprentice at Guy Laroche then at Givenchy. But his vision of fashion was above all influenced by the student revolt of May 1968 in Paris: rather than designing clothes for a privileged few, he decided to invent universal and practical clothes, “like jeans and t-shirts “, he will say later.

In 1970, he founded his design studio in Tokyo, and his first boutiques opened a few years later in Tokyo and Paris.

Throughout the 1980s, as stores carrying his brand multiplied, Issey Miyake spread his style by using materials never before seen in fashion (plastic, wire, Japanese craft paper, horsehair, raffia. ..). The Japanese art of folding (origami) also inspires him. With textile researchers and design engineers in his research and development laboratory, he has also created a synthetic fiber from recycled chemical material, in partnership with a Japanese firm.