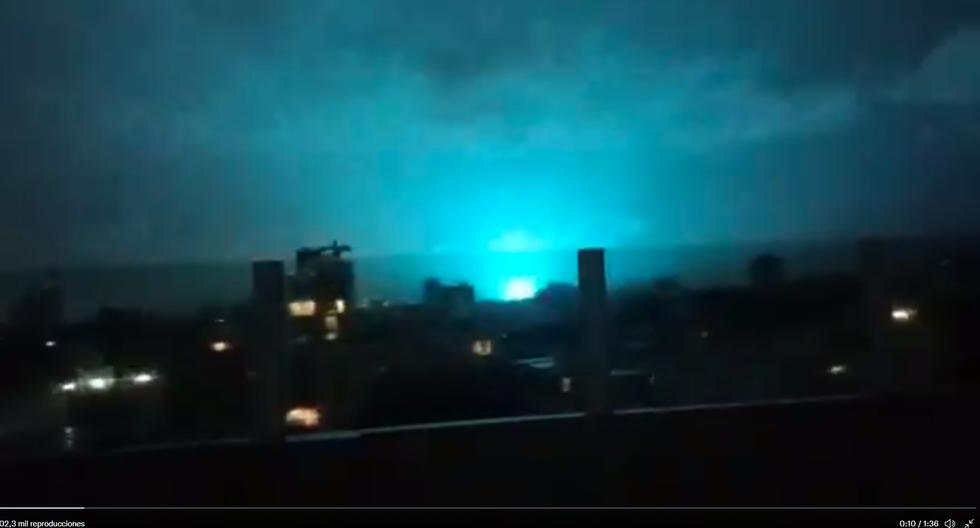 What are the mysterious flashes of light that appeared in the Mexican sky during the earthquake?

The Islamic State-Khorasan (ISIS-K), the most radical jihadist group in Afghanistan, launched a campaign of attacks to destabilize the “emirate” proclaimed by the Taliban with the aim of snatching the torch of “jihad”, the holy war, according to analysts.

The organization was officially born in late 2014 when it swore allegiance to Abu Bakr Al Baghdadi, head of the short-lived Islamic “caliphate” in Iraq and Syria.

“The armed group has become in a few years a conglomerate of former jihadist organizations, including Uighurs and Uzbeks, or Taliban deserters”, explains Jean-Luc Marret, a researcher at the Foundation for Strategic Research.

The ISIS-K it intends to reestablish its own caliphate in Central Asia, in a historical region called “Khorasan”, straddling Afghanistan, Iran, Pakistan and Turkmenistan.

According to the United Nations, ISIS-K has between 500 and several thousand fighters in Afghanistan, mainly in the north and east of the country, and has cells in the capital.

Since 2020 it has been directed by a mysterious Shahab al Muhajir, whose name suggests an origin from the Arab peninsula.

How dangerous is the threat?

Until 2020, ISIS-K it was an organization that was in decline and whose staff had been decimated by the American attacks.

But the arrival of the new chief “led to a radical change for the organization, which went from being a fragmented and weakened network to the dreaded phalanx that it is today,” Abedul Sabed, an expert of the groups for the specialized platform Extra, told PAF. .

Under his leadership, the clandestine combatants “emphasized urban warfare and symbolic violence.”

In 2021, ISIS-K It claimed responsibility for more than 220 attacks in Afghanistan, including three deadly suicide bombings since the Taliban came back to power: against the Kabul airport, a mosque in the capital and another Cheetah mosque in Kunduz.

The attack on the airport in August killed more than 100, including 13 American soldiers, and the Kunduz, in the north of the country, more than 55.

“Although the Taliban remain their primary target, the ISIS-K it mainly chooses easy targets such as places of worship, educational institutions and hospitals ”, to obtain a greater psychological impact, explains Abedul Sabed to AFP.

At the center of the ideology of ISIS-K, which presents itself as the sole guarantor of a consummate vision of Islam, there is a genocidal focus on the Shiite minorities, considered “heretical”, in particular the Hazaras.

Where does the rivalry with the Taliban come from?

The Taliban and ISIS-K are Sunni and at times fought together, but currently their strategies are opposite.

The Taliban stick to the territory of Afghanistan, while the ISIS-K seeks to internationalize the holy war.

The ISIS-K he said the Taliban had “sold themselves to the Americans.”

However, there is some “porosity” between some Taliban and the ISIS-K, particularly in some remote locations, Sayed says.

Barbara Kelemen, an analyst at the Dragonfly think tank, says “disgruntled members of the Taliban” turned to ISIS-K.

Are the Taliban controlling the situation?

“The main message of the taliban to the Afghan population since August 15 is that they have restored stability by ending the war. But these terrorist attacks (of the ISIS-K), like Kunduz’s, significantly undermine this story, ”Michael Kugelman, a regional expert at the Woodrow Wilson center, told AFP.

Unlike the previous regime, the Taliban currently have limited means in terms of intelligence and counterterrorism.

In the long term, “they will have to rely on the Haqqani network, Al Qaeda and other armed actors for troops, combat experience and logistical support,” says the US think-tank Soufan Group.