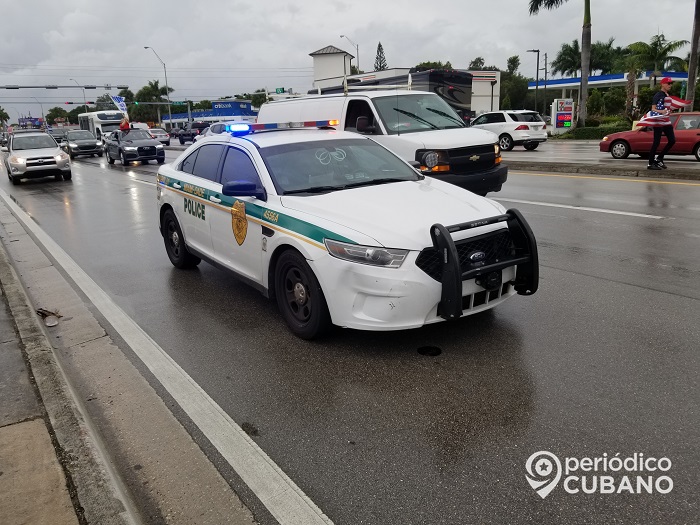 Police end up hospitalized after head-on collision in Little Havana

The Minister of Government (Interior) of EcuadorAlexandra Vela, presented her resignation on Tuesday due to a disagreement with the president William Lassoto whom he proposed the dissolution of the Congress, with an opposition majority, in the midst of a power struggle.

“By not coinciding with the political line established by Pdte. @LassoGuillermo to face the crisis exacerbated by the @AsambleaEcuador, I submitted my resignation, ”said the official through her Twitter account.

By not coinciding with the political line established by Pdte. @LassoGuillermo to deal with the crisis exacerbated by the @AsambleaEcuadorI submitted my resignation.
Preserving democracy to transform the country requires applying the mechanism of cross death.

He added that “preserving democracy to transform the country requires applying the mechanism of cross death.”

The Constitution empowers the president to dissolve the National Assembly within the first three years of administration for reasons such as obstructing the execution of the National Development Plan. That measure is tied to immediately calling legislative and presidential elections to complete the four-year term.

Congress can also remove the president for assuming functions or for a serious political crisis and internal commotion.

Lasso, who took office ten months ago, accepted the resignation. “I appreciate her management @AlexandraVelaP as minister of @MinGobiernoEc. The National Government will continue to work permanently for the well-being of citizens, the protection of democracy and the creation of a country of opportunities and safety for all, “she said on Twitter.

The Assembly and the Executive maintain a struggle. The opposition forces in Parliament, which are scattered but have a majority, have rejected almost all of Lasso’s bill proposals, which he denounces as a “boycott”.

Vela, who was sworn in eight months ago, also said in a letter addressed to Lasso that “a few weeks were enough to verify that a fundamental institution such as the National Assembly, seat of the first power of a democratic state, was paradoxically the main threat to democracy, the republican regime and its government”.

He added that “in multiple meetings I have stubbornly argued that, for the good of your government, the reforms that the economy needs and the permanence of democracy is better than ‘crusading death’. Undoubtedly a risky path, but at the same time unavoidable if you want to carry out the profound transformations that Ecuador requires.”

Vela maintained that “I am aware that by fulfilling my duty to you and to Ecuador, insisting that the only option is ‘crusader death’, I have caused discomfort to your collaborators and at some point uneasiness to you.”

Before announcing her resignation, the minister filed a lawsuit before the Constitutional Court on Tuesday to revoke the amnesty granted by the Legislature to 268 indigenous people, environmentalists and politicians prosecuted for participating in violent protests in 2019, which left eleven dead. The Executive maintains that among the beneficiaries there are people who “have incurred in crimes that are common.”