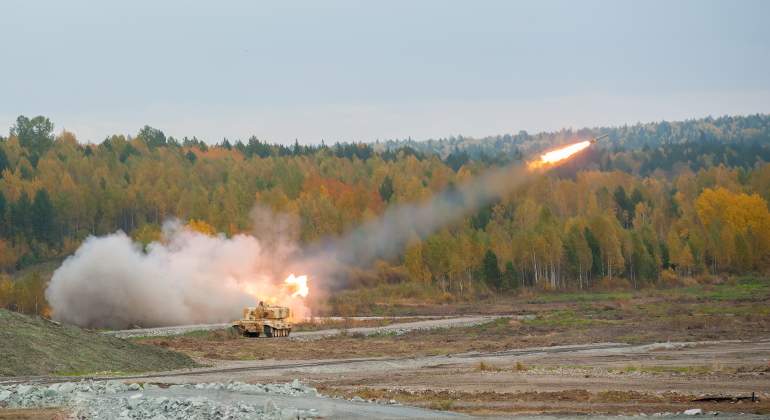 What are the vacuum bombs that Russia would be using in its war against Ukraine?

Germany impose nationwide restrictions on those not immunized against the coronavirus and will introduce mandatory vaccination foreseeably from next February, outgoing Chancellor Angela Merkel announced, after meeting with her foreseeable successor, Olaf Scholz, and regional leaders.

The measures adopted include the closure of nightlife from certain levels of incidence of infections, as well as restrictions on public events and contacts, especially among unvaccinated citizens, who may only be limited to people outside their family nucleus .

Thus, in leisure activities, the 2G rule will be applied – by geimpft or genesen (vaccinated or healed) – regardless of the numbers of infections and a negative test may additionally be requested.

Also in the retail trade, the 2 G rule will apply, with the exception of the establishments of basic necessities.

Private encounters of unvaccinated people will be limited to their own family or coexistence nucleus and two other people from another coexistence bubble, not counting minors up to 14 years of age.

Clubs and discos must close from a cumulative incidence of 350 new infections per 100,000 inhabitants in seven days.

Likewise, from this reference value, the capacity for private meetings of vaccinated or healed people will be reduced to 50 people indoors and 200 outdoors.

Meanwhile, in schools, the use of a mask will again be mandatory.

“All these measures are minimum standards,” he said. Merkel, adding that the federal states are free to impose stricter restrictions.

It is, he added, “an act of national solidarity” with the aim of reducing the number of infections and pressure on the health system.

The outgoing Chancellor pointed out that the validity of the passport covid It will be shortened to nine months after completing the full regimen, so getting a booster dose is now important.

At the same time, he assured that there will be enough transition time so that everyone can receive the third dose on time.

He also added that the Bundestag (lower house) will debate and decide on the mandatory nature of the vaccine, which could come into force, he specified, starting in February next year, while informing that a ethical commission.

The future chancellor, for his part, described the measures as “correct and necessary” and stressed the importance of being “clear and precise.”

He called on the population to be vaccinated against covid-19 and noted that the consequences of not doing so are visible in Germany.

He alluded to the “ambitious goal” of administering 30 million vaccines by the end of the year, a “great logistical challenge”, he acknowledged, and was convinced, in addition, that Parliament will come to the conviction of the convenience of making the vaccine against the coronavirus.