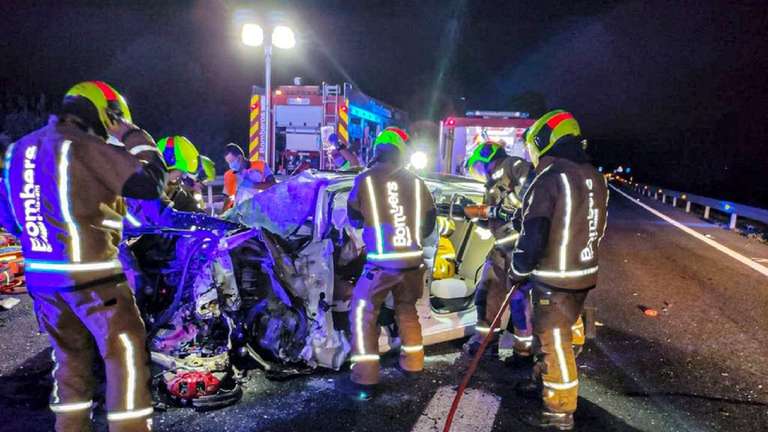 Terrible traffic accidents on the Costa Blanca: Two dead in collisions in Benissa

Emma Coronel, the wife of the Mexican drug lord Joaquin ‘El Chapo’ Guzman, pleaded guilty this Thursday to three crimes related to drug trafficking in a court in the district of Washington DC after an agreement with the Justice of USA.

Colonel, whose case was declassified Wednesday night by court order, is charged with two crimes of conspiracy, one to distribute narcotics in the United States and another to launder money, and a third crime for carrying out operations with the property of a drug trafficker major foreigner.

The wife of the former leader of the Sinaloa cartel, 31 years old and with dual Mexican and American nationality, replied briefly to the judge Rudolph Contreras, who accepted her statement, in a telecast hearing in which she also claimed to have collaborated in her husband’s activities and escape from prison in Mexico in 2015.

Coronel’s guilty plea hearing was the first major federal court hearing in Washington where members of the press were received in person. Colonel, wearing a white mask, answered questions from US District Judge Rudolph Contreras through a Spanish interpreter while wearing a green prison uniform.

Coronel married Guzmán in 2007 and they had twin daughters. Her attorney, Jeffrey Lichtman, told Citizen Free Press before the hearing began that Coronel wants to move on with his life and be with his daughters again.

Anthony Nardozzi, deputy litigation chief for the Justice Department, told the court that prosecutors had evidence and eyewitness testimony showing Coronel’s role in the Mexican Sinaloa Cartel between 2011 and 2017, which her husband spearheaded. Nardozzi said Coronel often served as an intermediary between her husband and cartel associates while incarcerated in Mexico.

The marriage of Chapo and Coronel was, for many, bulletproof and also for other women. Emma Coronel Aispuro was 17 when she was crowned queen of the Guava and Coffee Fair in the northern Mexican state of Durango. There she met Guzmán Loera.

It was love at first sight, according to versions of those who were there. Coronel was determined to be his queen. Mónica Cano, a Mexican psychologist and criminologist, who for several months interviewed Guzmán in prison to prepare his criminological profile, told Citizen Free Press:

“Emma Coronel, apart from the fact that she was the mother of his twins, she was the love of his life. He mentioned it that way: That woman drives me crazy. And yes, she is the love of my life”.