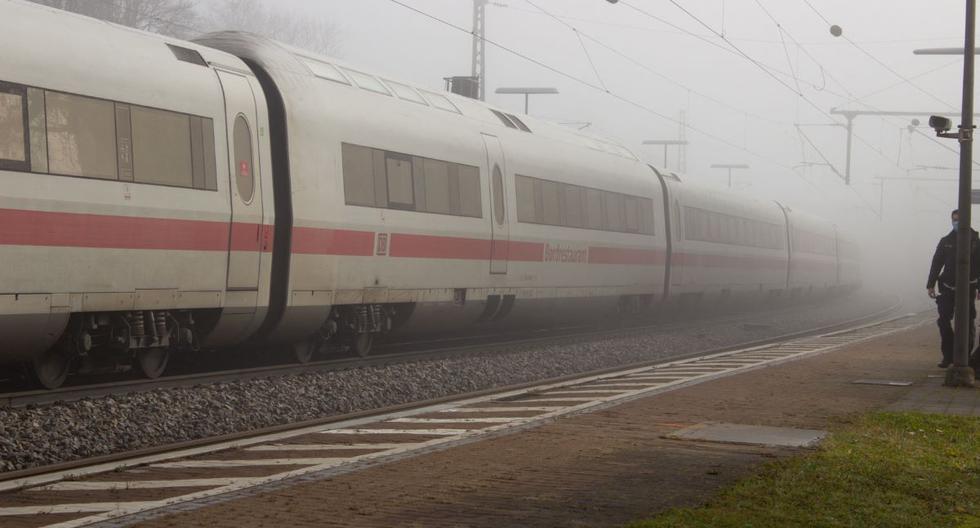 Germany: Several people injured in a knife attack on a train

What do we know about what caused Saturday’s explosion on the Kerch Bridge, which links Crimea with Russia?

There are many theories, not all very credible. Russia was quick to suggest that it was a truck bomb. Russian President Vladimir Putin said Sunday that “there can be no doubt” that Saturday’s explosion was conceived and carried out by the Ukrainian intelligence services.

calling it a “act of terrorism”He said his goal was to destroy a critically important piece of Russia’s civil infrastructure.

Security camera footage posted on social media showed a truck, purportedly from the Russian city of Krasnodar, an hour’s drive from the crossing, moving west over the bridge at the time of the blast.

Russian authorities named a 25-year-old man from Krasnodar, Samir Yusubov, as the owner of the truck. and said that an older relative, Makhir Yusubov, was the driver.

But a close examination of the images seems to show that the truck had nothing to do with the explosion.

Footage shows a huge ball of fire erupting just behind and to the side of the truck as it begins to climb up a raised section of the bridge.

The speed with which the truck bomb theory began to spread in Russian circles was suspicious.

He suggested that the Kremlin preferred an act of terrorism to a more alarming possibility: that it was a bold act of sabotage carried out by Ukraine.

“I have seen many IEDs [dispositivos explosivos improvisados] transported by large vehicles in my time,” a retired British Army explosives expert told me. “This doesn’t look like one.”

A more plausible explanation, he said, is a massive explosion under the bridge, likely triggered by some kind of clandestine maritime drone.

“Bridges are generally designed to support the top load and also a certain amount of weight on the sides, due to the wind,” adds the former British officer.

“They are generally not designed to support loads from the bottom up. I think that was used in Ukraine’s offense.”

Some observers have noted that in one of the security camera videos, something resembles the bow wave of a small boat appears next to one of the bridge supportsa fraction of a second before the explosion.

What kind of boat could it be?

On September 21, images circulated on Russian social media channels showing a mysterious unmanned ship that washed ashore near Russia’s naval base in the Crimean city of Sevastopol.

Looked like a large kayak covered in black, with sensors mounted on the bow and a white periscope-like device on top.

According to local reports, the ship was towed out to sea and detonated.

“A part of an unmanned vehicle was discovered,” the governor of Russian-controlled Sevastopol said.

“After the investigation was completed, this device was destroyed at sea causing an explosion. No one was injured.”

This is not the first time reports have circulated suggesting Ukraine has access to such clandestine equipment.

“There are well-founded reports suggesting that the Ukrainians have both surveillance and attack maritime remote control vehicles in service,” said the British explosives expert.

“This type of operation has been going on for years, not months.”

If this is how Ukraine managed to attack the Kerch bridge, hundreds of miles from territory controlled by Ukrainian troops, then it is one of Kyiv’s most ambitious operations yet.

But apart from some rumors in the capital, Nobody confirms the theory.

“The answers must be sought in Russia”, said.

According to him, the explosion was the result of infighting within the Russian security forces.

Did Podolyak know something that the others didn’t? Or maybe he was trolling Moscow, playing on Russia’s nerves over recent battlefield losses in Ukraine?

The truth is that we do not know.