New Years celebrations 2022 have had to be suspended in many parts of the world in the face of the lingering threat of coronavirus for a second year, although Australia is determined to enjoy the evening and there are even signs of that North Korea is preparing fireworks.

Global cases of coronavirus reached a record in the last seven days, with an average of just over a million cases detected per day worldwide between December 24 and 30, about 100,000 more than the previous peak registered on Wednesday, according to Reuters data.

With COVID-19 numbers hitting all-time highs in many countries, authorities in many places have suspended celebrations to welcome 2022, fearful that the highly contagious omicron variant will take advantage of crowds to spread even faster. .

The following link allows an interactive graph to monitor the global spread of the coronavirus in an external browser: https://tmsnrt.rs/2FThSv7

Still, Australia is determined to ring in the new year strongly despite rising infections, which have reached record levels in some places.

Australian Prime Minister Scott Morrison wished the public to “enjoy the night”, while Dominic Perrottet, Prime Minister of the state of New South Wales, urged everyone to “go out and enjoy the New Year”, despite that the daily infections in its territory almost doubled to reach a record of 21,151.

Perrottet said he was encouraged by rising vaccination levels and the fact that hospitals are coping with the omicron wave.

In Sydney, rules of social distancing apply and the use of masks indoors is required, but thousands of people are expected to flock to its famous harbor to watch the New Year’s fireworks, with queues forming at many points from the early hours of the morning. morning.

Hermetic North Korea also appears to be preparing to go against the tide and celebrate the New Year with fireworks at midnight in Kim Il Sung Square in its capital, Pyongyang.

Images collected by satellite showed that preparations were underway in the city and that a stage was being set up in the square, according to NK News, a Seoul-based website that monitors North Korea.

North Korea sealed its borders after the start of the pandemic and has not reported any cases of COVID-19.

Across the border in South Korea, the atmosphere was not so festive.

The traditional bell-ringing ceremony at midnight has been canceled for a second year and authorities have announced the extension of the strict rules of distancing for two weeks, in order to cope with a persistent increase in infections.

China, where the coronavirus was first detected in late 2019, remained on high alert for the virus, with the city of Xian under lockdown and New Year celebrations in other cities canceled, as authorities urged restraint.

Authorities in the Indonesian capital Jakarta will close 11 roads that often draw large crowds to the city for the New Year, police said, while Malaysia has banned large rallies across the country and canceled a fireworks show in the Petronas Towers of the capital, Kula Lumpur.

Japanese Prime Minister Fumio Kishida took to his official YouTube video platform channel to urge people to wear masks at parties and limit the number of attendees, while Tokyo’s famous Shibuya entertainment district, has banned the end of the year parties.

New Zealand, famous for its success in keeping the coronavirus at bay, will host some celebrations. Its largest city, Auckland, has eased restrictions this week to allow people to enjoy some songs and dances.

Indian authorities imposed strict regulations on Thursday to prevent large crowds, with night curfews in major cities and with orders to limit the clientele in restaurants.

Despite the restrictions, domestic tourists have flocked to Goa’s famous beaches, pubs and nightclubs on India’s west coast to ring in the New Year. 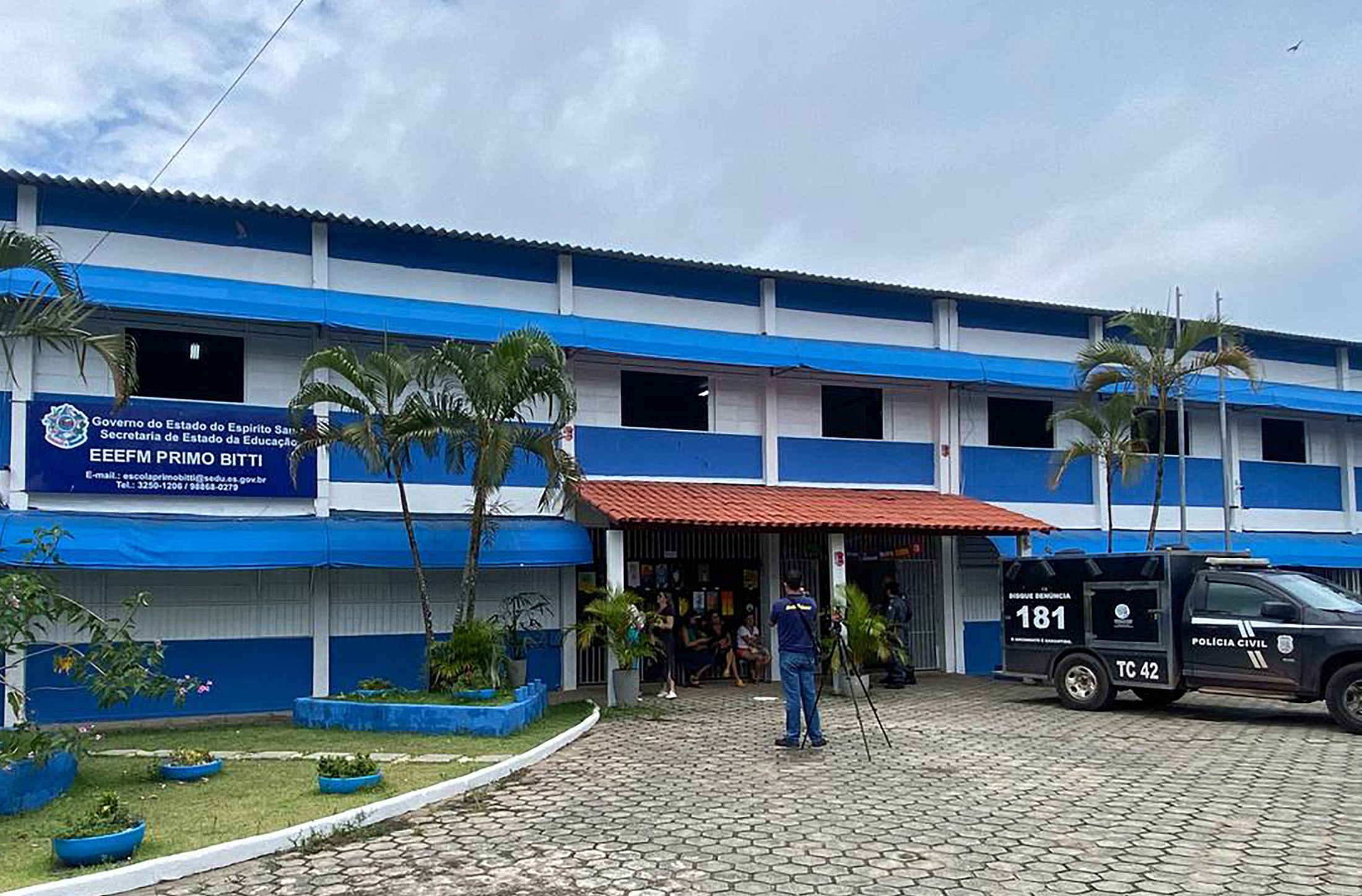 At least three dead and 11 injured after shootings at two schools in Brazil; suspect was arrested