In the most recent study carried out by the National Consulting Center for Semana magazine, and during the social and health crisis that the country is going through due to national strike and the COVID-19, Gustavo Petro is the presidential candidate who has the highest voting intention and by a wide margin of difference with respect to the other potential applicants to the House of Nariño.

In the poll, Petro, candidate and leader of the Human Colombia, leads the voting intention with the 25 percent, while his other rivals, politically speaking, appear well below the numbers with a year to go before the elections. The closest candidate is Sergio Fajardo with 6% and Marta Lucia Ramirez with 5%. 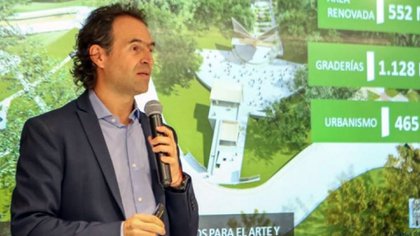 The survey revealed the uncertainty of the people surveyed, since the blank vote was established on the 11%; the 25% stated that they do not vote for any of the mentioned candidates and 6% said they did not know and did not respond.

THE CRASH OF FAJARDO:

The former governor of Antioquia was, a few months ago, one of the men who looked the strongest in the face of the vote in 2022, however, in this poll was one of those who was harmed the most. A breaking point is related to the conviction about youth in the country, since, in the population between 18 and 25 years of age, it is only supported by 4%, while between 26 and 40 years the 6%.

It should be noted that it does not do well in Antioquia territory, a point where their support should be greater due to the political trajectory that they have developed there, since their support does not exceed the 5%, and even, other candidates such as Gustavo Petro, Marta Lucía Ramírez and Tomás Uribe surpass him in the region. And in Bogotá the difference is even greater, since, although it achieves a 10% voting intention, Petro is the broad winner in the capital with a 35%.

THE REPRESENTATIVES WHO WERE ‘RAJAR’ DURING THE UNEMPLOYMENT:

Other interesting numbers left by the survey is that the 81% of the Colombians surveyed consider the President Iván Duque it has not had an adequate management during the social crisis due to unemployment; just the 16% He stated that the direction has been positive. 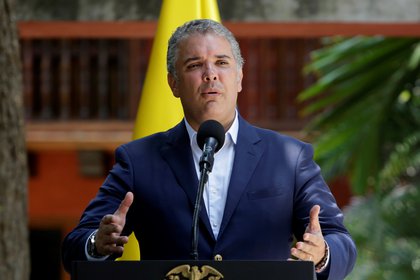 In the image, the president of Colombia, Iván Duque.

In general terms, mayors have higher approval figures, despite the fact that the negative view is still higher: the 45% states that the management of these officials has been positive, while the 51% considers that it has not been good.

Speaking of particular cases, the survey revealed that the mayor of Cali, Jorge Ivan Ospina, is the one who ‘slits’ the most in the numbers, since the 76% of citizens described his management as negative during the days of demonstrations, also recalling that the capital of Valle del Cauca has been the epicenter of violent events since the past 28th of April. 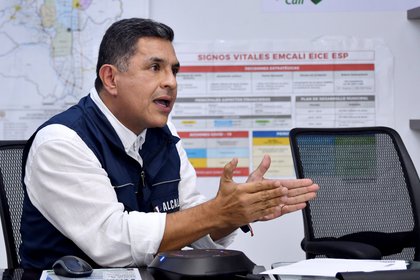 In the Caribbean region, approval is mostly positive. For example, the mayor of Cartagena, William Dau, have the 68% positive image, according to the population; what’s more, Jaime Pumarejo, Mayor of Barranquilla, receives a favorable assessment from the 62%.

Finally, in other capital cities such as Bogota Y Medellin, the percentages are very even: Claudia Lopez has a favorability of 53%, and for his part, Daniel Quintero, of 51%.