This is the first video of ‘Luisito Comunica’ about his visit to Colombia: “the country is a little off”

At least 27 people have died in Colombia “In the framework of the protests” that began on April 28, while there are still 359 cases reported as disappearances that are in the “process of verification and location,” reported this Friday the Prosecutor’s Office and the Ombudsman’s Office.

In a joint report, the agencies specified that of the total number of homicides reported, “11 are directly linked to the facts,” seven are “in verification” and there are nine “not related to the facts.”

The official figures, however, are far from what is stated by social organizations such as Temblores, which denounces that since the beginning of the demonstrations there have been “37 victims of homicidal violence allegedly by the Police.”

While the Government seeks to find consensus with different political, economic and social sectors, the protests, which began against the already withdrawn tax reform, now continue against an attempt to reform health care, against police brutality and the complex situation of insecurity.

The Ombudsman’s Office and the Prosecutor’s Office, meanwhile, indicated that they have received 548 reports of “presumed disappeared” and that 189 people have already been located, so there are still 359 “in the process of verification and location.”

“It is noted that we are permanently continuing with the verification, this taking into account the large volume and the short time that has been had. Within 24 hours it will be updated again”, both organizations specified in their bulletin.

Cali, the third most important city in Colombia, remains the epicenter of social protests and police brutality on the tenth day of protests throughout the country, with roadblocks drowning some establishments and the arrival of goods.

The violence of recent days in the streets of various neighborhoods of the city has claimed the lives of more than twenty people, according to social organizations, in a city to which the national authorities sent some 1,200 soldiers to supposedly restore order . 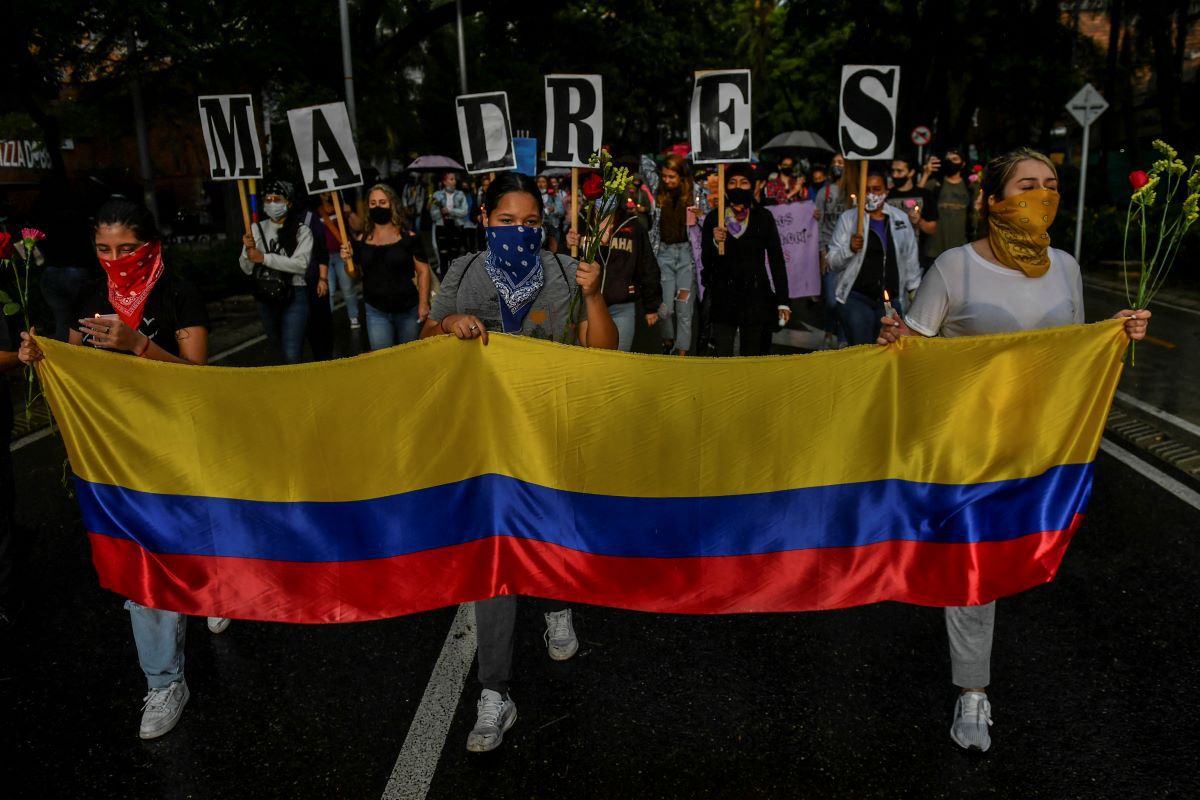 Women hold a Colombian flag and the letters that form the word “Mothers” during a protest against the government of President Iván Duque in Medellín, Colombia.

Just tonight the capital of the department of Valle del Cauca (southwest) is experiencing a new day of violence that, so far, has left two people injured in a shootout against a medical mission, according to international organizations.

“We are following with concern reports of shootings tonight in different parts of Cali, where there would be at least two injured. We urge to respect the medical mission, ”Juliette de Rivero, representative in Colombia of the UN High Commissioner for Human Rights, warned on Twitter. 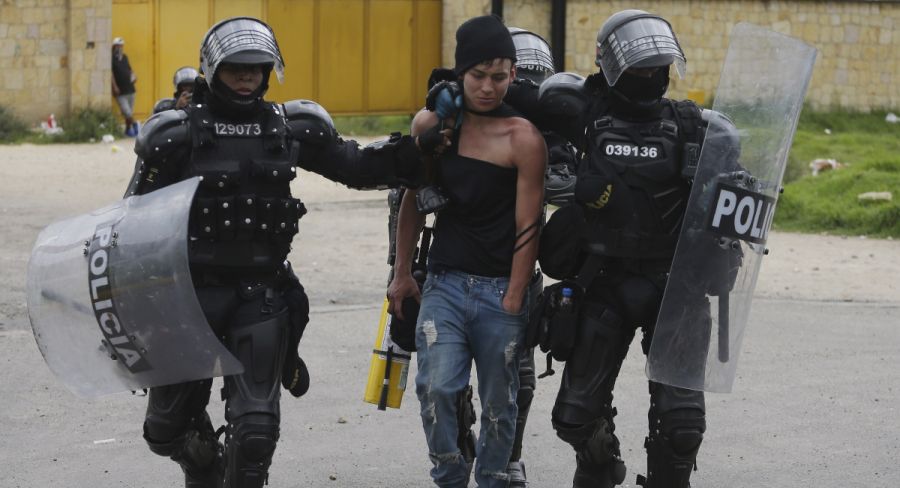 An anti-government protester is detained by the police in Gachancipa, Colombia, on Friday, May 7, 2021.

That city has been the center of attention for police excesses and images of violence of such magnitude that even Nicolás Guerrero, son of a cousin of Mayor Jorge Iván Ospina, is one of the fatalities left by the demonstrations.