The Colombian president will meet tomorrow with the National Unemployment Committee

The Israel Defense Forces (IDF) confirmed that the terrorist group Hamas launched at least 150 rockets from the Gaza Strip on Israeli territory, in a new day marked by tensions in the Palestinian enclave.

The extremist movement itself reported having launched “more than 100” projectiles against Israel, thus complying with the threat made this Monday, which gave a period of a few hours for Israeli security to leave the Esplanade of the Mosques in Jerusalem after the clashes with protesters. Palestinians and that left a temporary balance of 300 wounded, including 21 officers.

“In response to continued rocket fire from Gaza into Israel, we have struck numerous Hamas terror targets in Gaza, including: 2 rocket launchers, 2 military posts, and 8 Hamas terrorist operatives “, the IDF detailed on their social networks. 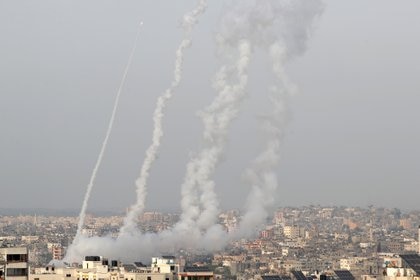 And they added: “Terror targets civilians. We attack terror ”.

According to the IDF, Several explosions were heard in Jerusalem on Monday after anti-aircraft alarms sounded. The authorities indicated that several of the missiles were intercepted by the “Iron Dome” antiaircraft system.

In addition, a release from Islamic Jihad announced the firing of a dozen rockets in the Sderot area, while in the suburbs of Jerusalem there are reports of damage to some houses.

They evacuated the Western Wall in Jerusalem

Sirens began to sound in Jerusalem at a time when the Western Wall area was very crowded, leading to a massive and hasty evacuation before the prospect of an imminent bombardment, which was confirmed very shortly thereafter.

Several images on social networks have confirmed the impact of projectiles in various areas of the city, while waiting for an official report to account for possible victims or damage.

Hamas argues that the attack is “in response to enemy aggression in the Holy City,” referring to the clashes that occurred on the Esplanade. 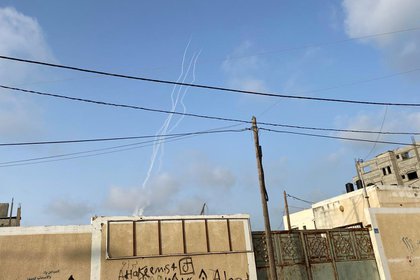 Other reports indicated that a car that had no people inside was destroyed by a projectile that exploded nearby in Israeli territory near the border area with Gaza, slightly wounding a bystander who was in the area.

The constant rocket fire by Palestinian terrorists sounded sirens in different cities of the country.

In Gaza, for its part, nine deaths have been reported due to the exchange of artillery from one side of the border to the other. Three of the victims are children, but Israel assures that they are children who died as a result of fire fired from the Strip itself that did not reach its destination and fell on its own territory.

Classes scheduled for this Tuesday have already been suspended throughout the southern area of ​​Israel, due to the fear of new waves of rockets that Hamas is preparing. 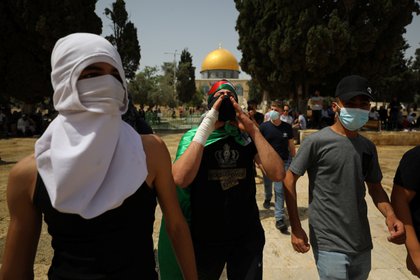 The clashes with Israeli police officers began in the morning and ended with 305 injured, as reported by the Red Crescent emergency service, which specified that more than 205 had to be evacuated to city hospitals or transferred to its field clinic. Among those treated, seven of them are in serious condition, detailed a spokesman for this same medical service. For its part, Israeli police reported that 21 officers were injured and one had to be hospitalized.

Tension has greatly escalated in Jerusalem this past weekend, with three consecutive nights of intense clashes between Palestinians and Israeli security forces. All this coincides with the Muslim holy month of Ramadan – when the tensions began – and the possible eviction of Palestinian families from their homes in favor of Jewish settlers, which generated daily protests.

Strong clashes on the Esplanade of the Mosques

The clashes had a major peak in the night between last Friday and Saturday, when they spread on the Esplanade of the Mosques and there were more than 200 injured in a single night.

This morning the incidents once again had their epicenter in the same compound – the third most sacred place for Islam and first for Judaism. Groups of Palestinians confronted the Israeli security forces as they charged, threw roaring grenades, rubber bullets and used riot dispersal methods such as tear gas, according to local media.

The morning riots also spread across the environments of the Esplanade of the Mosques and the streets of the Old City, with some clashes including with Israelis in the area.

Is The day is especially tense due to the commemoration of Jerusalem Day, in which the Israelis celebrate what they consider the reunification of the city in 1967, which for the Palestinians was the beginning of the occupation. In the afternoon, a large march was planned through the Old City – in the occupied eastern part of the city – by Jewish ultranationalists, which could exacerbate tensions, but it was canceled shortly before its start.

However, shortly after the first alert and the sirens that sounded to warn of the Hamas bombing, the march was once again enabled.