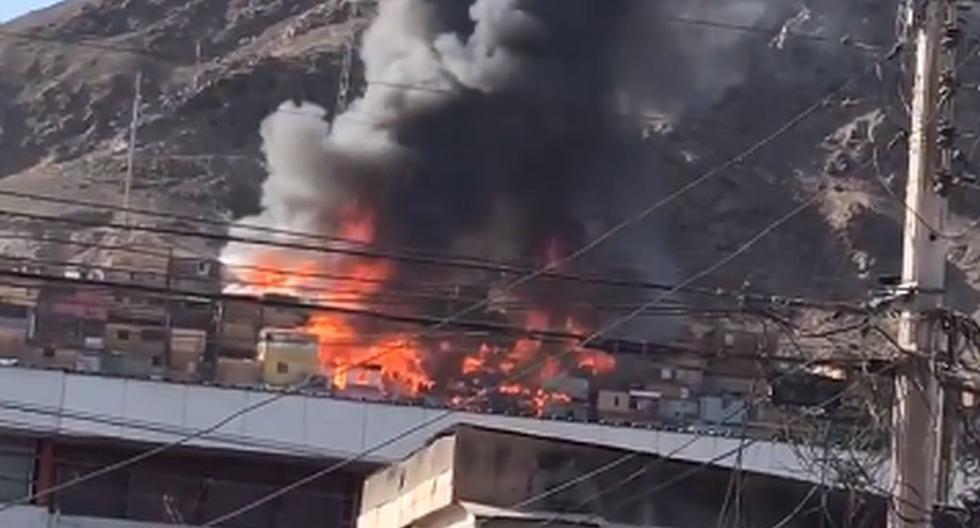 At least 20 homes affected by a fire camp in Chile

China’s commercial capital Shanghai this week introduced a new type of COVID-19 vaccine that is inhaled rather than administered by injection, marking the world’s first such type of serum.

Chinese authorities in September approved the vaccine, produced by the Chinese pharmaceutical company CanSino Biologics, for use as a booster.

And now the first people are starting to get the vaccine, which is inhaled through the mouth from a container that looks like a coffee cup with a short spout.

“Our body’s first line of defense is the mucous membrane of our respiratory system, we want to directly stimulate it to enhance immunity and that is what the inhaled vaccine does,” Dr. Zhao Hui, chief medical officer at Family Hospital, told Reuters. Shanghai Pudong Kingdom.

His hospital is one of those administering the new vaccine, which will be used in addition to the usual injections.

Erwin Loh, medical director of St. Vincents Health Australia, said the arrival of inhaled vaccines was important not only for their potential to protect against infection, but also because it could reduce vaccine hesitancy.

“There’s a large proportion of people who are hesitant to get vaccinated because they have a phobia of needles. They may not express it, but that’s what’s on their mind,” he said.

Increasing uptake of vaccines is vital for China, which remains an outlier around the world as it sticks to its “zero infection” policy, which aims to eliminate community outbreaks of the virus.

Shanghai, which reported no new nationally transmitted symptomatic cases of coronavirus on October 27 and 11 local asymptomatic cases, continues to be subject to targeted lockdowns affecting residential buildings and businesses in the city.

The Shanghai government’s WeChat account, announcing the rollout of the inhalable vaccine this week, said 23 million of the city’s 26 million residents had been fully vaccinated against COVID-19 and more than 12 million had received doses. reinforcement.

According to official data from the Chinese Government, more than 90% of its population has been vaccinated. The country has relied on domestically produced inactivated vaccines and has yet to import or introduce its own version of an mRNA vaccine. The inhalable vaccine is an aerosol version of an inactive injection.

Loh hopes that the results of Shanghai’s foray into inhalable vaccines will encourage other countries to follow his example.

“I think inhaled vaccines for respiratory diseases like COVID-19 will be the future,” he said.